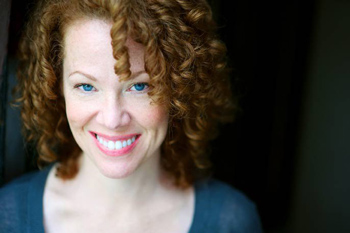 Having reached $763,260 of its $850,000 Kickstarter goal with 23 days still on the clock, Dreamfall Chapters may actually be released in my lifetime. Color me surprised.

Even better; according to a recent update on the game’s Kickstarter page, voice actress, Sarah Hamilton, will be joining the game’s cast. Hamilton was the voice talent behind on-and-off protagonist, April Ryan, who – and here be spoilers – appeared to die at the end of Dreamfall: The Longest Journey.

Will Hamilton be voicing April in some capacity? Probably, but Red Thread Studios is staying quiet on the exact nature of the role.

“Sarah Hamilton’s role in Dreamfall Chapters has yet to be revealed,” reads the update, “but we’re sure fans of April Ryan will start speculating right about…NOW.”

April, a struggling art student turned reluctant messiah, was the sole protagonist of the The Longest Journey. In Dreamfall: The Longest Journey she made an abrupt transition from a genre-savvy snarkster to a hardened rebel leader, and ended up playing second fiddle to central protagonist, Zoë Castillo. Without giving too much away, both April and Zoë were in dire straits (the cliché rather than the band) when Dreamfall’s infuriating sequel-hook of an ending eventually rolled around. Zoë has been confirmed as one of the three playable characters in Dreamfall Chapters.

Assuming the game’s Kickstarter can pull in another hundred grand over the next 23 days, Dreamfall Chapters will reach PCs next November. Mac, Linux and mobile versions will follow should the project reach its stretch goals.

Figure Out Your Odds of Being Struck by an Asteroid