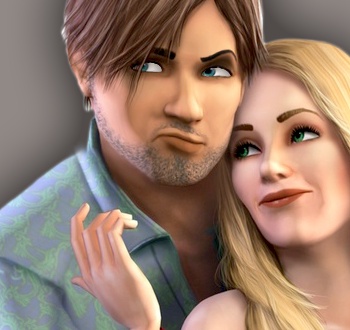 Homophobia doesn’t always have to be about blatant hate speech. Sometimes it take the form of something as simple as ignoring the existence of LGBT people entirely. There are gay gamers and gay developers; where are all the gay characters?

Here’s a question: Can you name ten heterosexual characters from a videogame – any videogame? How about twenty, or even fifty? That’s easy, right? Now, can you name ten openly homosexual characters from a game? That’s quite a bit harder. It’s no secret that game makers make games based off of what they know, and what their audience knows, and let’s be frank: The 18-25-year-old heterosexual white male demographic is still arguably the most important in the industry, and that’s why most games feature heterosexual white male protagonists.

But as gaming matures, other demographics are getting their turn in the spotlight. We have female protagonists, we have older protagonists, we have heroes of every possible color across the spectrum… but where are our gay heroes? The gay guys who aren’t uber-camp and played for laughs, or the lesbians who aren’t there to titillate the male audience? As Alice Bonasio writes in Issue 222 of The Escapist, why are we so unable to grow up when it comes to the depiction of LGBT characters in a game?

“I can’t recall off the top of my head any games that blatantly expressed homophobic comments or ideals. But the fact that there were no games depicting gays was a milder form of silent homophobia that the industry suffered from as a whole,” says George Skleres, a game designer who happens to be gay. “It definitely sends a message to people who play a lot of games that ‘normalcy’ is being white and heterosexual, because the hero is always white and heterosexual.”

Chris Vizzini, founder of gaymer.org, echoes Skleres’ sentiments. “I would like to have the option to choose to be a gay character and have it smoothly integrate into the storyline,” he says. “We just want to be included without ridicule.”

Things may be getting better as of late, with titles like Grand Theft Auto IV and series like Fable and The Sims paving the way for gay gamers to feel represented… but we’ve still got a long way to go. To read more, check out “Straight and Narrow” by Alice Bonasio in Issue 222 of The Escapist.

A Pair of Fallout Quizzes Straight From the Vault