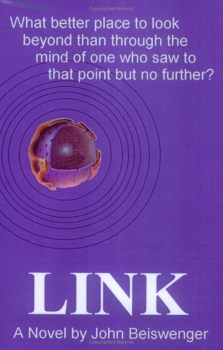 Reviews of the novel behind the Assassin’s Creed lawsuit have taken a sudden turn for the worse.

I am, for the most part, a lawful good sort, but I must confess to occasionally feeling a flash of glee in my heart when the internet inflicts justice upon those who truly deserve it. Does John Beiswenger, the author who sued Ubisoft over claims that ideas in the Assassin’s Creed series come a little too close to those he put out in his 2003 novel Link, truly deserve it? I don’t know, but it looks like he’s feeling the love anyway, at least on Amazon, where his novel is very suddenly getting a lot of attention, none of it good.

A few of the one-star scores are accompanied by comments that pretend to be actual reviews but in what I think is a new twist [it’s not something I’ve noticed before, at least], a lot of them come right out and say that the bottom-of-the-barrel rating is in response to Beiswenger’s lawsuit. Adding to the chaos are a small number of new five-star reviews posted by people fighting back against “angry gamers,” one of which states that the writer neither knows nor cares whether or not the book is any good, he’s just tired of people causing trouble.

The Amazon-bomb is a simple but well-known internet combat tactic in which products for sale on the internet are deluged with negative reviews, the idea being to convince those who don’t know any better than it’s a piece of crap and thus to be avoided. It most commonly happens when the collective gets angry over some perceived slight or stupidity, but in at least one case a game developer tried to use the tactic against a reviewer who had slapped its game with a bad score, only to find itself a victim of a counter-bombing when word of its sleazy behavior got out.

The moral of the story? Amazon-bombs are fun, but giving too much credence to review scores is a fool’s game.

At last look, Link had 63 ratings on Amazon, all but one of which were posted within the last two days. [The first and only “real” review, a five-star rating, was posted in July 2007.] Its average rating currently sits at 1.5 stars.