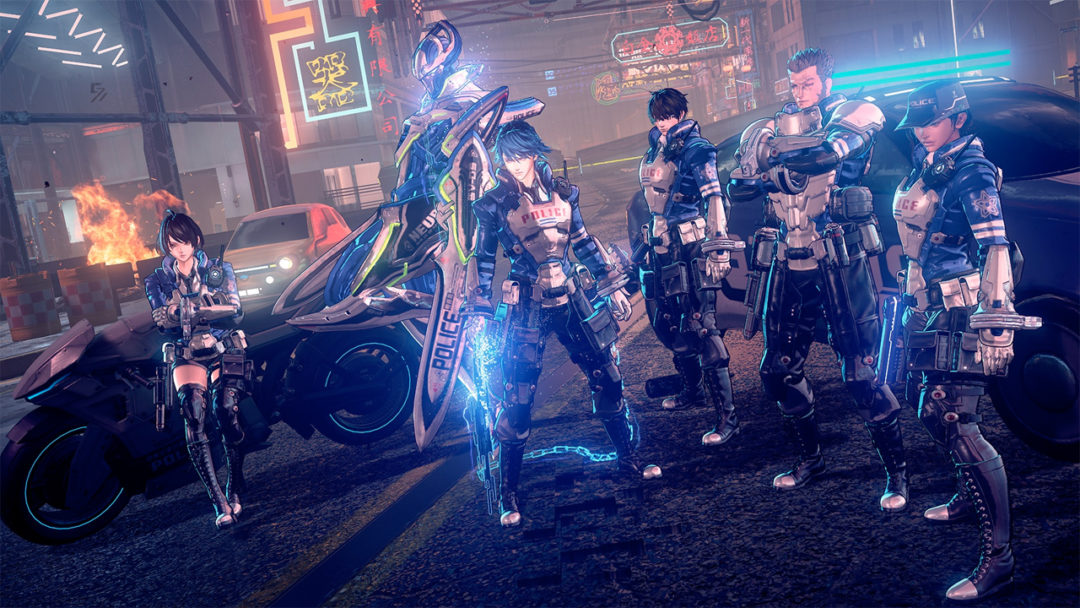 New hands-on impressions are coming in of Platinum Games’ upcoming Switch title Astral Chain, and they reveal aspects of the game that go beyond hacking and slashing.

Astral Chain was first announced in a Nintendo Direct in February and made a prominent appearance at E3 in June, but until now concrete details about the game have been elusive. Based on the game’s trailers, and the fact that it’s being developed by the studio behind Bayonetta and Metal Gear Rising: Revengeance, it’s been widely assumed that the game would be a stylish action brawler. New reports, however, are suggesting that there will be much more to the game than just combat, and that it may have more in common with Platinum’s action RPG Nier: Automata than its pure hack-and-slash titles.

For a start, the game will have a sizeable crime scene investigation angle. The protagonist of Astral Chain is a member of Neuron, a sort of supernatural police force, so in-between all the skull-cracking, players will have to use tried and true gumshoe techniques to deduce whose skull needs to be cracked next and where they can be located. To accomplish this, players can use the IRIS, an in-game augmented reality feature that highlights clues, similar to the Detective Vision of a Batman: Arkham game.

Astral Chain will also offer players ample down time. In-between missions, players will apparently be able to chill out at Neuron headquarters, which will function as a hub area. At the HQ, players will be able to talk to other characters, tinker with props, explore, and generally take a load off, an interesting deviation for a studio whose games typically involve unrelenting, pulse-pounding brutality.

All that said, the game will of course feature plentiful combat. Astral Chain‘s central gimmick involves leashing its main character to support monsters called Legions via the titular chain, allowing them to keep powerful supernatural allies literally on a leash. Legions will act semi-autonomously, attacking priority targets of their own volition by default, but can also be controlled directly by players. Certain enemies will reportedly use Legions in battle as well, and their connection to their Legion can be temporarily severed by attacking their astral chain, giving combat an added layer of depth.

Astral Chain comes to Switch on Aug. 30, but if you’re hungry to see more of the game now, you can check out official Nintendo Treehouse: Live E3 gameplay footage.

Keanu Reeves Could Have Been in Death Stranding

Picard Looks to Star Trek’s Past to Explore Its Future