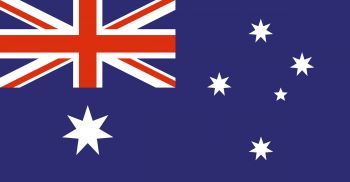 The Australian government has refused classification to more computer games in the past four months than in the previous two decades.

On March 10, the Australian Classification Board announced a new trial that focused on the classification of online games. “The Minister for Justice has announced that Australia has joined the International Age Rating Coalition (IARC),” the notice reads. “IARC is a partnership of government and industry content classification authorities from around the world, including the United States, Canada, Europe and Brazil.”

“The Minister also announced that Australia is preparing to trial IARC’s new tool for classifying mobile and online games.”

The pilot will officially commence on July 1.

“Due to the online explosion, there are hundreds of thousands – if not millions – of games currently available online,” a spokesperson from the Attorney-General’s Department said. “It is not realistic or practicable for the Classification Board to manually classify each of them.”

“In preparation for the pilot, a large ‘back catalogue’ of games has been classified – more than 150,000 to date,” the spokesperson said. “After 12 months, classification ministers will determine whether the IARC tool should be a permanent part of the Australian classification scheme.”

The new IARC Classification tool includes an online form, to be filled out by developers, that covers an expansive variety of potentially offensive material over many sub-categories. One question asks “Does the game contain any bodily functions such as belching, flatulence, or vomiting when used for humorous purposes?”

Games that are refused classification are banned from being sold, advertised, imported, or publicly displayed.

Did You All Forget To Be On Guard Against E3?