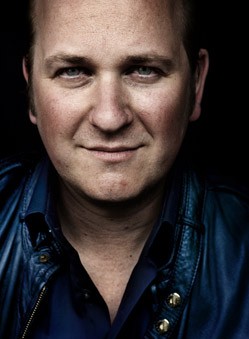 Christofer Sundberg, the co-founder and creative director of Just Cause developer Avalanche Studios, has a simple, two-step formula for cracking down on piracy: give hackers jobs and make better PC games.

For all its determination to put a stop to piracy, the videogame industry sure hasn’t had much success in actually making it happen. Increasingly demanding DRM schemes annoy and alienate legitimate customers but do nothing to stop “real” pirates, who as often as not seem to relish such systems as personal challenges. So why do they keep doing the same things, over and over again, when it clearly doesn’t work? I don’t know. But Sundberg thinks a different approach is in order and DRM doesn’t fit into his plans.

“The DRM does not stop piracy,” he told CVG. “It just punishes the people who have actually paid for the game. It’s completely useless. Forcing people to be online all the time and so on doesn’t show respect to the people who actually buy PC games.”

Instead, he suggested that engaging the community whenever possible is a smarter approach to take, pointing out that half the employees at Avalanche come from a “hacker background.”

“Perhaps the truest pirates are too much down the road of anarchy to ever work with you in a proper way; these are the guys who see us as evil!” he said. “But in Sweden the [hacking] scene was huge. We’re the home of the Pirate Bay, you know. As a studio, we’ve found that there’s definitely a lot of talent [in the hacking community].”

But perhaps an even more effective and obvious strategy is to simply make better PC games. PC and console gamers are “completely different types of consumer,” he said, so PC games should be designed specifically to appeal to that unique market. Yet PC ports are often created as an afterthought, which doesn’t give potential customers much incentive to actually spend their money on the product.

“Everyone is just complaining about piracy on the PC, but when it comes to in-game DLC or social connectivity, the options on PC compared to console are endless. I would like at some point to do a really good PC game designed specifically for PC players,” he said. “I think piracy wouldn’t be as much of an issue if there were better PC games out there. We could just scrap the whole concept of stupid DRM.”

It’s a great idea, and it’s never going to happen. Some indie PC developers have adopted his approach but for major, multiplatform studios, the money is in consoles and the PC market just doesn’t rate that kind of special love. As long as PC gamers want to keep playing the same games as the console crowd, the best they can realistically hope for is decent ports and DRM that lets them play the game without having to jump through too many hoops.