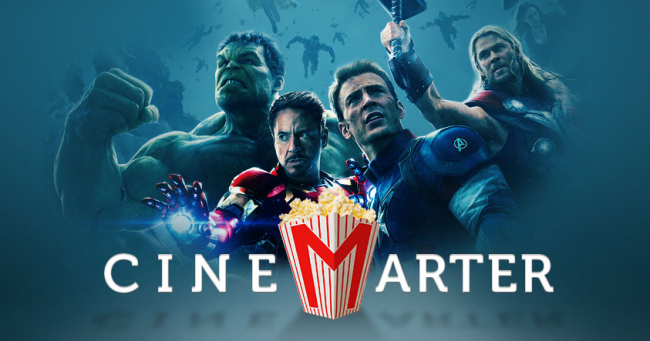 Avengers: Age of Ultron opens with an eye-popping scene that makes you appreciate the craft of filmmaking, and the film’s director, Joss Whedon. How the filmmakers managed to pull off such a wonderful scene – in which the primary Avengers storm a castle, so to speak – is beyond me, although I imagine magic was probably involved. To say that it’s all downhill from there would be true, but also would imply more negativity than I wish. Sure, nothing later on in the film tops the way it opens, but that’s like saying the sprinkles-covered ice cream you’re currently eating just can’t measure up to the sprinkles-and-fudge-covered ice cream you had earlier. It’s still really, really good, but it’s technically worse. Actually, that’s kind of an apt description when comparing Age of Ultron to the first Avengers, too. 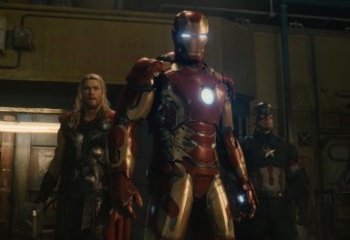 I feel it would be pointless to even try to give a background to each of the previous Avengers characters. You’ve seen them in nine previous movies – since Guardians of the Galaxy hasn’t yet factored into the story happening on Earth – or you should have, given that this is how the franchise operates. You see individual stories, sometimes with cameos or smaller roles for the heroes not in the title, and then they all team up to beat on a bigger villain in the gigantic Avengers movies.

The Big Bad this time around is Ultron (James Spader), a sentient A.I. created by Tony Stark (Robert Downey, Jr.) and Bruce Banner (Mark Ruffalo) to preserve world peace, but upon awakening decides instead that he’d rather build a robot army and exterminate the Avengers – and maybe the rest of the humans on the planet, too. He recruits Wanda and Pietro Maximoff (Elizabeth Olsen and Aaron Taylor-Johnson), twin orphans who were Hydra experiments and now have superpowers, to help him accomplish his goal.

You know how things go from here. The Marvel Cinematic Universe (MCU) movies more or less have a formula that works for them at this point. At least one other new character joins the fray, too, which means that the film has approximately 10 primary characters. The filmmakers’ challenge, at this point, is to figure out what to do with each of them at any given time. Age of Ultron‘s answer, at least for two of them, is to deliver us an obligatory love story. Yes, the film puts Bruce Banner and Natasha Romanoff (Scarlett Johansson) together in order to give them something to do. Does it feel forced and unnecessary? Of course it does. But it gives us a bit more depth to the two characters, and it occupies their time. What else are they going to do? Sit around and talk?

Age of Ultron has gigantic, sprawling, and absolutely insane moments. It has creativity that other big-budget blockbusters can only dream of.

Actually, that might not be a bad idea. The film might be at its best, or at least its most surprising and memorable, not when it focuses on the spectacle of its CGI-filled action scenes – which, I’ll point out, are often great fun – but when it tries to humanize its superheroes. When they sit on a couch and all try to lift Thor’s (Chris Hemsworth) hammer, it’s hilarious. The standout in this regard is Hawkeye (Jeremy Renner), which will surprise almost everyone reading this. He gets more depth than anyone would have assumed going in, which is used cleverly in a scene near the end that comes about as close as the MCU will to breaking the fourth wall. “Didn’t see that one coming, did you?” Well, no, movie. Good job. The focus on the Avengers acting like real heroes by putting a real emphasis on saving civilians is effective, too.

But let’s get back to those action scenes, which is what the audience is here for. You want to see these superheroes use their powers or equipment to fight with each other or a bunch of faceless enemies. That’s the whole point, more often than not. Age of Ultron has gigantic, sprawling, and absolutely insane moments. It has creativity that other big-budget blockbusters can only dream of. It’s never boring, either, in large part because it’s so packed full of things. Some franchises split installments in two because that’ll make more money – and the next Avengers chapter will do the same – but Age of Ultron feels like two films wedged into one. There are only rare moments to breathe, and so many characters and events to keep track of – many of them, yes, setting the stage for future chapters.

Does it have problems? Sure, but it’s a rare film that doesn’t. Ultron ultimately doesn’t make for the most menacing villain, which is too bad. He’s lots of fun, and James Spader’s voice work is tremendous, but when someone tallies it all up, he’ll be regarded as a rather weak villain – a placeholder as we await the arrival of the bigger threat. The climax is also similar to that of the first Avengers movie, only with the aforementioned focus on civilian lives. Some of the jokes are cornier than in earlier films, which makes it feel childish at times. But these are minor issues. It’s so easy to enjoy Avengers: Age of Ultron from start to finish.

While not necessarily “over” the MCU, I find myself growing less excited for each new installment – until the film hits, of course, where I more often than not wind up smiling from start to finish, laughing at the jokes, and being put in a state of awe thanks to the big, special effects-driven action scenes. The magic of Disney is alive and well, and it has permeated the MCU and ensures that each new outing is a fun time. Avengers: Age of Ultron continues that trend by delivering an incredibly enjoyable movie that’s stuffed to the brim with content and delivers highly entertaining action scenes, fun characters, snappy dialogue, and a great time at the movies. Does it live up to the first film? Maybe not, if only because it’s not as fresh. That doesn’t stop it from being a must-see for MCU fans.

Bottom Line: MCU fans are going to see it anyway, but they’ll be in for a fun time at the movies thanks to its action, humor, and surprising depth.

Recommendation: Unless you vehemently dislike the Marvel Cinematic Universe, Age of Ultron is worth seeing.