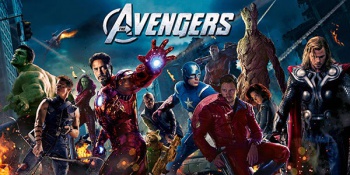 According to comments from Joe and Anthony Russo, Avengers: Infinity War might be a bigger crossover film than we thought.

Avengers: Infinity War will be a big freaking deal once it hits theaters, the culmination of over a decade of Marvel superhero films. But how big can any two-part feature get, even one where the Guardians of the Galaxy may have cameo roles? According to Joe and Anthony Russo, absolutely enormous. The Captain America: Civil War and Avengers: Infinity War directors revealed they’re looking at 67 different characters for the latter story alone, presumably bringing together heroes new and old.

The information slipped out during Wizard World New Orleans, after Anthony accidentally referred to Hayley Atwell’s Agent Carter as Sharon. “We have so many characters we’re dealing with,” Joe said, explaining the error. “We’re breaking ground on Avengers: Infinity War. We have a board with 67 characters on it. You’ll have to forgive him.”

Now while the comment might just refer to characters being considered – or simply a throwaway joke – it certainly suggests that Infinity War will be a hero-packed adventure. Between the Marvel Cinematic Universe’s heroes, villains, secondary characters, personalities from TV shows, there’s a lot of room to make Infinity War an utterly massive finale. It’s also likely that Infinity War will introduce a few Phase 4 heroes, since Marvel still has no plans of stopping here.

It’s also worth noting that even if Infinity War features 67 characters, that doesn’t mean they’ll all get the same amount of screen time. It could easily focus on the Avengers’ hunt for the Infinity Stones, while other characters make brief appearances to highlight a larger conflict with Thanos. But whatever happens, Marvel Infinity War will likely be a crossover that puts even major comic book events to shame. Who do you expect will appear in the finished films?

That Dragon, Cancer Review – Snapshots of a Hard Life