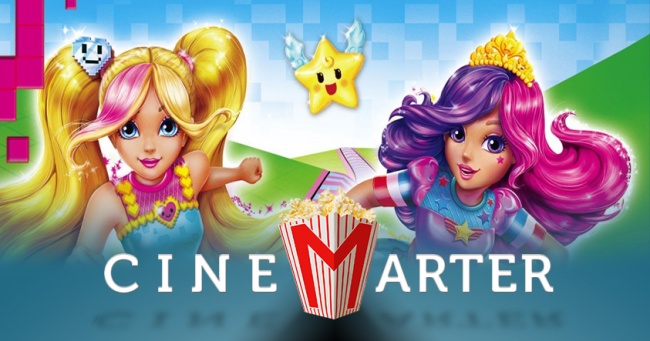 Upon sitting down to experience Barbie: Video Game Hero, I had a question: Did I need to bear witness to the previous movies in the Barbie franchise to understand the presumably deep canon? The answer, as it turns out, is “no,” since this standalone movie does a good enough job of bringing the audience into the world of Barbie (voice of Erica Lindbeck), who is a twentysomething whose profession matches whatever film she’s starring in. You know, just like how she keeps changing with each doll? Art imiates life! Symmetry! How clever!

In Barbie: Video Game Hero, our protagonist is a video game programmer, currently working on what is perhaps the least challenging platformer ever. Soon enough, though, she is teleported into an entirely unrelated game by its tutorial character, a floating cloud named Cutie (Michael Dobson), under the guise that she’ll be beta testing it. The reality is much, much, much, much, much, much, much, much, much, much darker: it’s being overrun by a virus, represented by a bunch of evil-looking emojis. How clever! 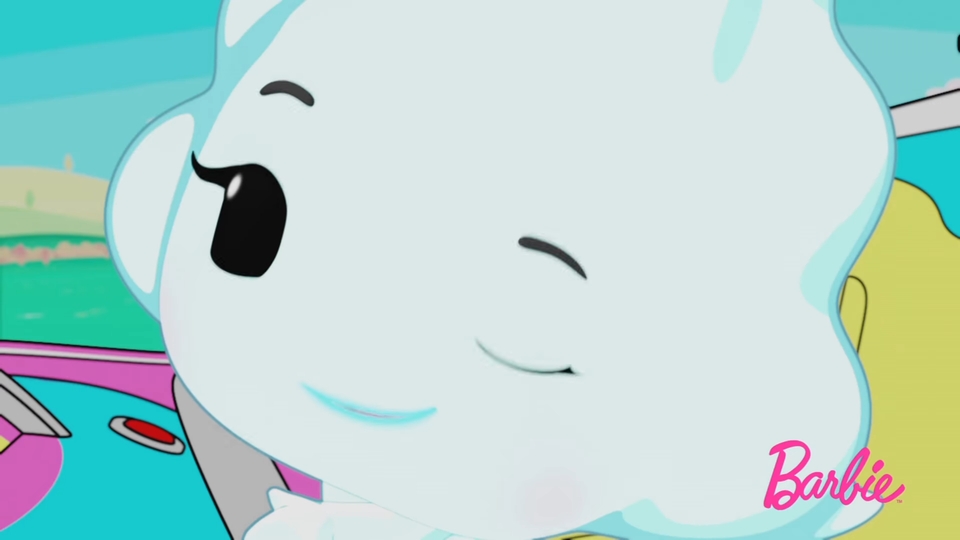 So, the goal is clear: Barbie must progress through each level of the game, defeating the NPCs along the way, to stop the virus from taking over. How and why this works should be left to more intelligent, insightful men than I, since it’s not explained and doesn’t matter. More often than not, she teams up with the AI characters rather than legitimately facing off against them, which only makes sense, since if the AI wins, they get overwritten with the virus. And that would suck for them, so I’m glad the film gave them proper motivation. How clever!

Barbie: Video Game Hero takes us through a few of the levels of the game, a couple of which have unique (to the movie) art styles. The majority of the film takes place in standard 3D animation, which is fine. A Bejewled-inspired level sees them go to 2D animation – with a short moment dedicated to the Paper Mario franchise. After that, there’s also a Minecraft-styled area, which actually looks better than the game that inspired it! How clever!

It’s not at all just a cheap cash grab franchise that targets every possible interest a child might have in hopes that it’ll relate to them and the kid’s parent will buy it for that reason – and then subsequently buy the dolls.

We’ve got racing levels and puzzle levels, all with the highest stakes possibly seen in any movie in history. Barbie doesn’t have much time to develop as a character here, which I think is perfectly acceptable as she’s probably already done so in the dozens of movies I haven’t been fortunate enough to watch. Besides, the fate of an entire world is at stake! Should she really be facing inner demons or learning things about herself? No! That would be wasted time! And Barbie: Video Game Hero doesn’t waste time. It runs for just over 70 minutes, which means its pacing is among the best ever. How clever!

With stakes so high, it’s impossible not to be thrilled by every minute of Barbie: Video Game Hero. Impossible, I say! Whether we’re racing or trying to match jewels, we’re on the edge of our seats. It’s definitely not like watching a casual gamer stumble through a playing session of Angry Birds. There’s even a twist in the plot that you will not for even a second see coming, as the movie divulges precisely zero information that would permit you to figure it out. How clever!

This is the fifth movie in which Erica Lindbeck has voiced Barbie, and she only started in 2016! That must mean she’s really good at it. There are two directors and one “supervising director” credited on this movie, which means that a lot of care must’ve gone into it. I wonder if each credited director was in charge of one animation style. A lot of additional people worked on Barbie: Video Game Hero – too many to credit – but they must have poured their hearts and souls into the project, which is why it turned out so, so, so, so, so, so, so, so, so, so well. It’s not at all just a cheap cash grab franchise that targets every possible interest a child might have in hopes that it’ll relate to them and the kid’s parent will buy it for that reason – and then subsequently buy the dolls. How clever!

I was skeptical going into Barbie: Video Game Hero but, after watching it, my skepticism was pushed aside. It mixes various animation styles, has a save-the-world plot that contains a twist so shocking I’m pretty sure it would ensure an NC-17 rating if this movie went to theaters, presents veteran voice acting, had three directors(!), and accomplishes all that it needs to in just over 70 minutes? There are only two words that come to mind: How clever!