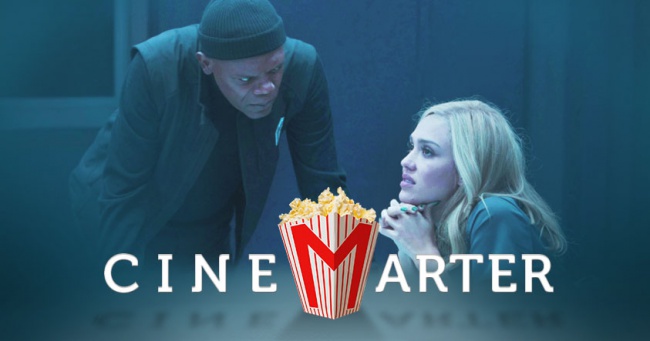 It may not be a new phenomenon – in fact, I’m fairly certain it isn’t – but I’m becoming increasingly irritated by movies deciding that it’s a good idea to mention other, better movies while they’re playing. Take Barely Lethal, for example, which makes reference to both Mean Girls and The Breakfast Club. Whenever one of these references pops up, I began to reminisce about those movies, and wondered why I was wasting my time watching Barely Lethal when I could be re-watching either of those superior high school movies. 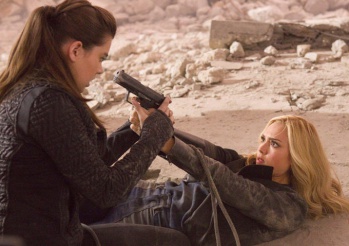 The idea here is that she’s an outcast, so the film can make its observations about adolescence: “Normal” life isn’t so easy, high school movie clichés exist for a reason, nice people are more important than cool people – and really not a whole lot else. This isn’t a smart movie or even a particularly clever one. Everything it has to offer has been seen in better movies, like the ones it references. Why should you watch Barely Lethal when The Breakfast Club and Mean Girls exist?

The reason, the film hopes, is that you don’t get a whole lot of action scenes in those ones. Truth be told, you don’t get many in Barely Lethal, either. There’s one close to the beginning, and then sprinklings scattered throughout, but the high school portion of the movie takes up a much larger chunk than the assassin part. And because any scene taking place in and around high school is about as original as a simulator game in 2015, that means the majority of the movie isn’t interesting, smart, or entertaining.

This isn’t a smart movie or even a particularly clever one. Why should you watch Barely Lethal when The Breakfast Club and Mean Girls exist?

What action we do get isn’t that good. It’s choppy and unoriginal, it happens to characters who don’t matter, and it’s in service of a generic plot. Agent 83 is an assassin, but the movie is rated PG-13, which means we’re limited in what the filmmakers can show. It’s just not all that entertaining, and it was the only part of Barely Lethal that could’ve been its saving grace.

It doesn’t help that Hailee Steinfeld struggles to carry the movie. Her post-True Grit career, so far, probably hasn’t turned out as well as anyone had hoped, but this is just another poor performance in another weak movie among a sea of both. It’s mostly just disappointing because we know she has a ton of talent, but it just hasn’t been showcased particularly often.

In a supporting role, we get Samuel L. Jackson as the lead instructor and head of the assassin organization that trained Agent 83. Jackson is as fun as always but he’s not in the film a whole lot. Jessica Alba shows up as eye candy and as a villain, but she, too, isn’t in Barely Lethal much. It’s like the filmmakers really wanted to make Hailee Steinfeld the star, but instead of using the veteran actors to bolster her performance by giving her someone to play off, they far too often than not left her alone – or with even weaker actors.

I took as much time as I reasonably could in order to try to figure out if there was anything redeeming about Barely Lethal, and I struggled to think of anything. Nothing that we see is bad enough to actively hate it, and its running time isn’t exceptionally long, so both of those are positive, but only slightly. “It’s not horrible enough to hate” is hardly a good thing to say, especially when it’s all still bad. That’s basically what it comes down to, at least for me. It’s not a good movie, and it’s not one that’s in any way, shape, or form worth watching, but it’s not one of the worst things you can see. It exists and you can watch it, but it’s probably in your best interest to simply ignore it. Maybe watch one of the better movies it references, like The Breakfast Club or Mean Girls.

Bottom Line: Barely Lethal has a potentially intriguing premise that gets wasted on boring high school cliches and references to much better movies.

Recommendation: Unless you loved the “assassin goes to high school” subplot of Kick-Ass 2 and wanted an entire movie based around that, skip Barely Lethal and watch something better, like The Breakfast Club or Mean Girls.