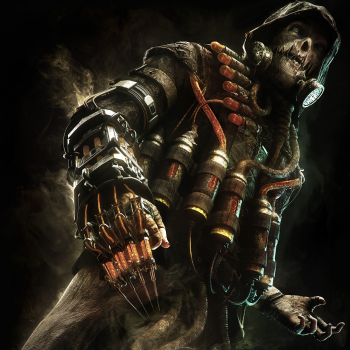 The “Arkham Knight Scarecrow Nightmare Pack,” will be available exclusively to PS4 users.

Something we’ve pretty much come to expect with multiplatform games these days is that they will have exclusive content, depending on what platform you buy it for, what store you buy it from, if you pre-order it or not, if you buy it new or used, or which deity you pray to when you buy it. Of course, Rocksteady’s upcoming Batman: Arkham Knight is no different, featuring the Scarecrow Nightmare Pack which is exclusive to the PS4 version of the game.

Tear through the city in the all-new batmobile and face off against a towering vision of Scarecrow and his undead army as they spread terror on the streets, available exclusively on Playstation 4.

While certainly not as substantial as other exclusive DLCs have been in the past (*cough* playable Catwoman *cough*), it’s still somewhat saddening to see additional content for games cut up and served to the highest bidder.

Here’s hoping that it will all be compiled into a “Game of the Year” edition at some point, which I can pick up in a Steam sale for $5.