EA has officially revealed Battlefield 1 – the latest installment of the Battlefield franchise.

So it looks like those leaks we saw earlier were dead-on, as EA games has officially revealed the latest installment in its long-running Battlefield franchise as Battlefield 1. As the odd name may suggest (no, it’s not an Xbox One exclusive), this time, we are heading all the way back to World War 1 – a setting that few shooters have tackled in the past. Check out the action in the launch trailer to the right.

Battlefield 1 will feature all of those WW1 goodies, including horses, tanks, motorcycles and biplanes, as well as the war’s infamous trench-warfare. It will of course feature era-appropriate weapons, including early-20th-century guns, grenades, poisonous gases, flamethrowers and a variety of melee weapons such as shovels and maces.

It will feature the same 64-player multiplayer battles that series veterans expect, as well as featuring a singleplayer campaign that will allow players to experience “global conflict through the eyes of several different characters all united by this first modern war.”

The game will launch on PlayStation 4, Windows PC and Xbox One on Oct. 21, 2016, worldwide and will come in three flavors: a standard edition for $59.99, an Early Enlister Deluxe Edition for $79.99, and a collector’s edition for $219.99. The “Early Enlister” edition comes with the standard early access perks, as well as some extra downloadable goodies, while the collector’s edition comes with everything you see here: 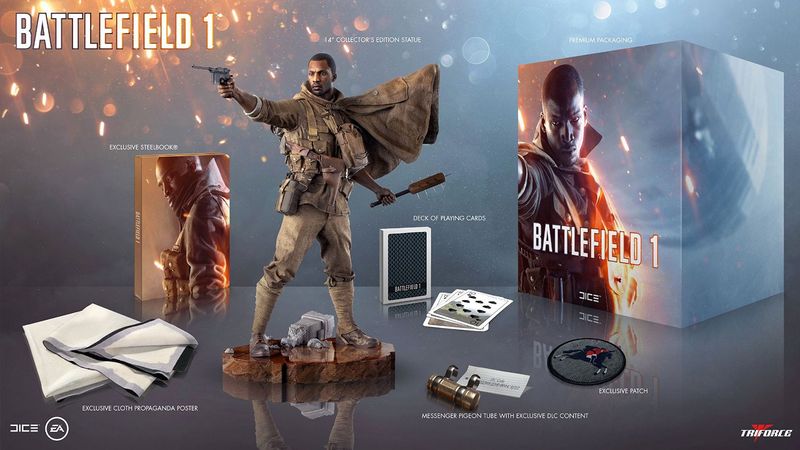 Medivh and Chromie to Join Heroes of The Storm