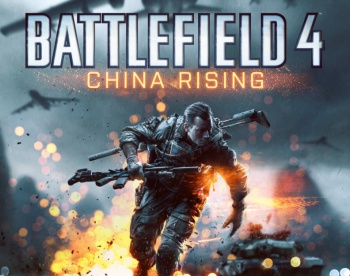 The latest expansion to Battlefield 4 has been made illegal in China to protect national security.

EA’s Battlefield 4: China Rising involves a war between American protectors of freedom and a manipulative Chinese admiral. Unsurprisingly, China isn’t terribly happy with this. The Chinese government has issued a nation-wide ban on the game and its expansion, ordering its removal from physical shelves and instructing players to uninstall it from hard drives. A state-run Chinese newspaper accuses EA of deliberately discrediting China’s image in a “new form of cultural aggression.”

It’s not hard to see why the Chinese government is upset. China Rising continues Battlefield 4‘s plot of a near future in which the rogue Admiral Chang seeks to overthrow the national government by sparking a Russia-supported war with the United States. The expansion takes place in mainland China, adding four new maps set in these new locales, as well as the expected package of new vehicles and equipment.

“ZhanDi4,” the Chinese name for the game, is being censored on Chinese social media site Weibo.com, though some Chinese gamers are reportedly working around the ban using English titles and peer-to-peer downloads. Notably, EA does not sell a Chinese-localized version of Battlefield 4, so the existing copies were already either imported or pirated.

A lot of ugly terms are being thrown around, from cultural invasion to charges of demonizing China’s national image. EA has not responded to the Chinese government’s actions, or these claims, as of yet.

Notch Would Love to See Minecraft on Wii U

Sid Meier: Too Much Complexity Can Kill Genres