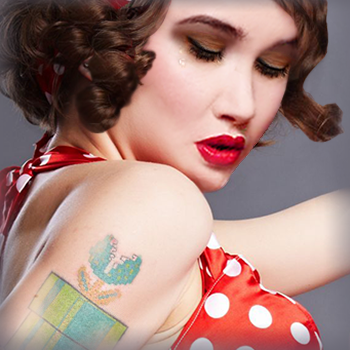 Owning a videogame console isn’t supposed to evoke feelings of abandonment and loss.

With the Wii, Nintendo stopped trying to go toe-to-toe with the likes of Sony and Microsoft, and taking a completely different path and making gajillions of dollars in the process. But for one long-time fan, it felt like Nintendo had turned its back on her in favor of its new, casual, friends. In Issue 289 of The Escapist, Briana Lawrence talks about how she used to be a proud Nintendo fan, but how that pride turned to shame in a single console generation.

I am a Nintendo fan. Years ago I could say that with a straight face. I grew up loving Mario, Link, Kirby, Samus, and even that yellow electric mouse that can only say its own name. When friends would ask me what game systems I had I would proudly boast, “Super Nintendo,” “Nintendo 64,” or “GameCube,” not even caring that I didn’t have a PlayStation or an Xbox. I didn’t need these systems. All I needed was Legend of Zelda: Ocarina of Time and enough patience to find every single spider in the game.

But lately that isn’t the case. Now it feels like I can’t have a Nintendo system without having another system to turn to while Nintendo is getting releases like – I can’t believe I’m saying this – Babysitting Mama and its strange looking big eyed baby-mote. I now realize that the company I used to brag about has become the last on my list of gaming things to care about each year. It’s almost a chore to have any of its products as I spend more time defending them instead of enjoying them. Yet somehow I can’t make myself get rid of anything with Nintendo’s name on it. Am I just fooling myself? Am I in love with the memory of a great company that doesn’t exist anymore?

As much as it pains her, Lawrence can’t turn her back on Nintendo. Lost in her devotion, she eschews the likes of Red Dead Redemption or Call of Duty, all the while hoping that things might go back to the way they were. You can read more about it in her article, “My Nintendo Shame.”