Enjoy the best cosplay we saw during our first day at PAX East 2014!

If you’re in Boston right now, then no doubt you’re recovering from a busy day, because PAX East 2014 officially kicked off this morning. That means plenty of games, sore feet, too many snacks, and most importantly, some of the coolest cosplayers in the world. And the crack Escapist team is on hand to capture it all.

If you were wondering whether or not this year’s event might slip, fear not. People were decked out like crazy, dressed in everything from League of Legends gear to Wreck-It-Ralph. And don’t worry: we grabbed snapshots and we’ve brought them back to you to prove it.

Here are some of the best costumes we saw on Friday at PAX East. And don’t be shy: let us know in comments and on the forums which ones you like best. First up, enjoy this hulking specimen of Warhammer, appropriately menacing and, thankfully, not erased from existence along with THQ. 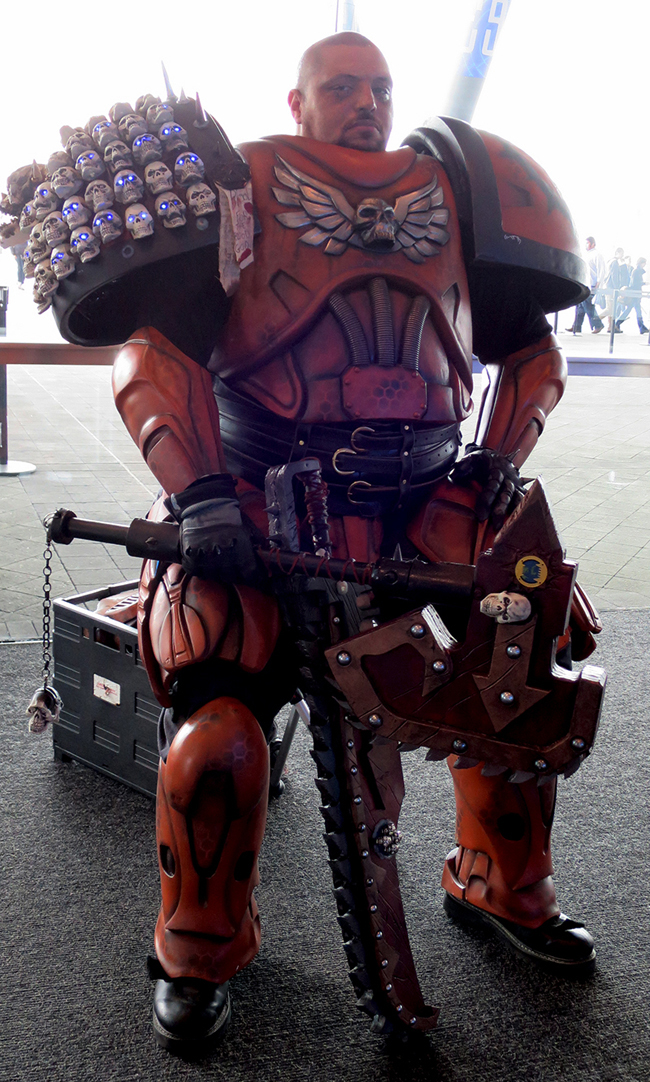 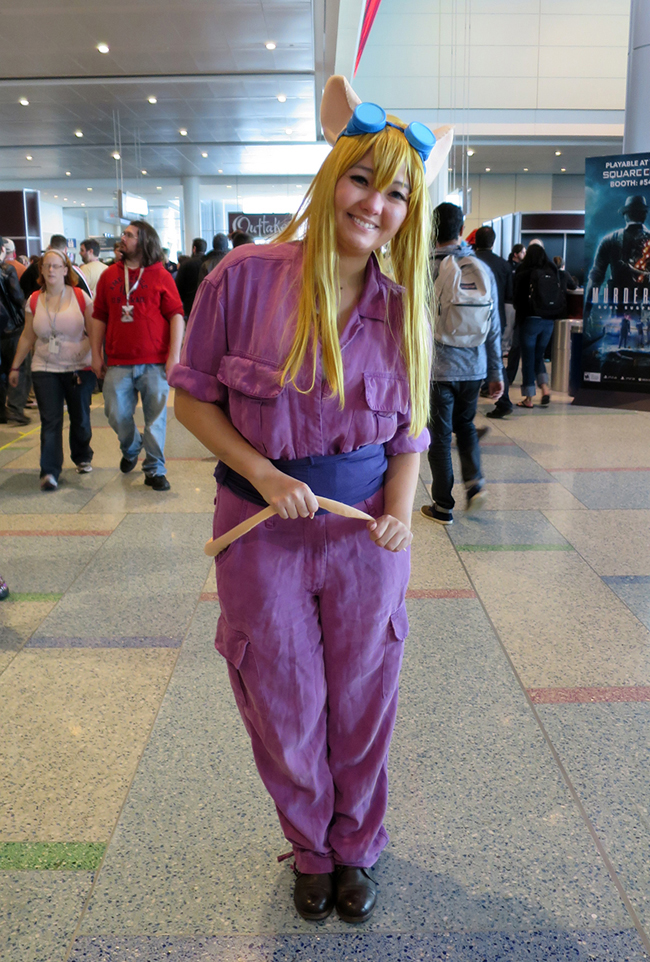 I’m a Ducktales guy myself, but Gadget Hackwrench from Ch-Ch-Ch-Chip ‘n Dale… Rescue Rangers! will do in a pinch. 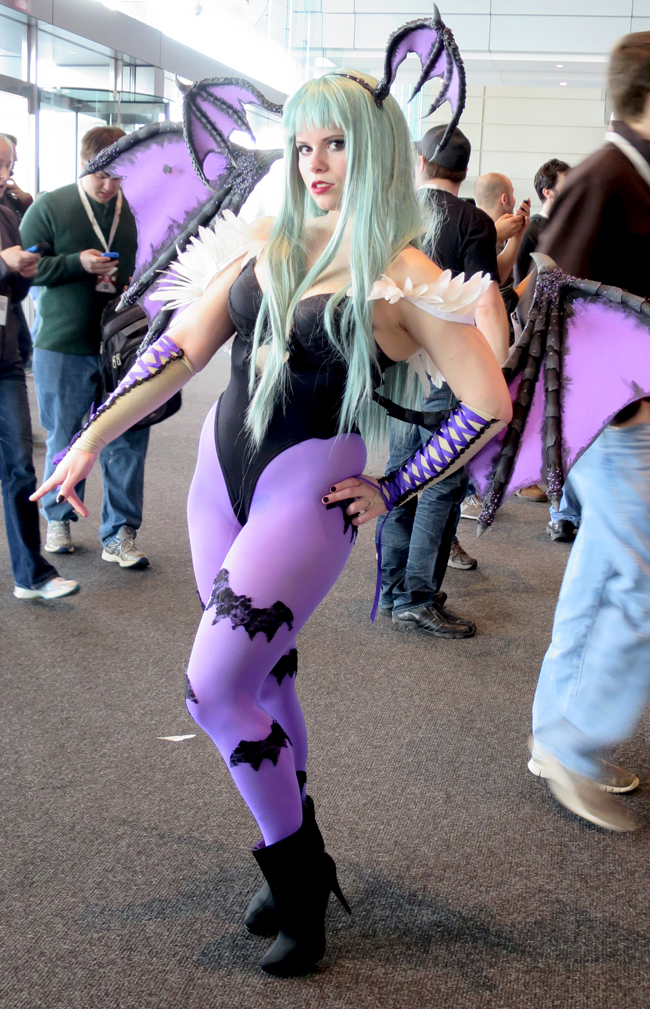 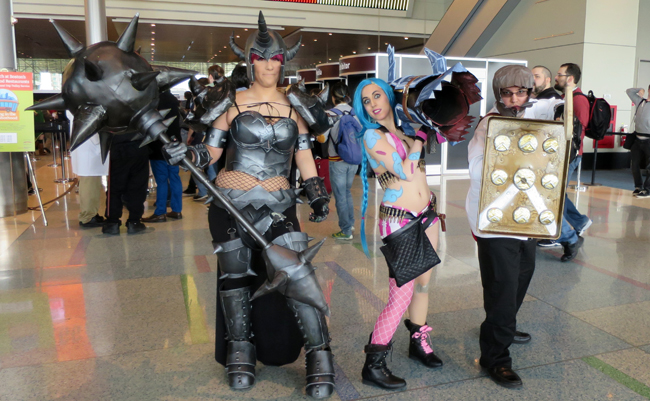 I am feeling like all the hi fives need to be reserved for this LoL trio: Rule #63 Mordekaiser, Jinx, and (wethink) Rammus. 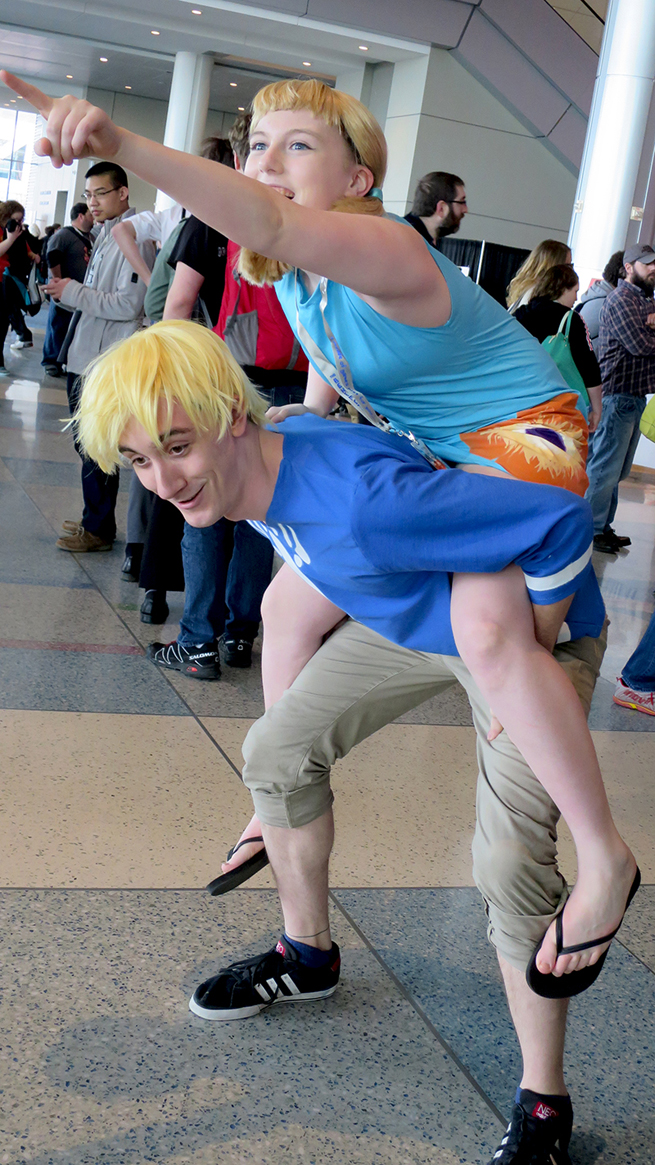 Help me out, comments. Is this a cheery, blond wig version of Brothers: A Tale of Two Sons? Hopefully I’m not wrong, but if I am, feel free to angrily make fun! 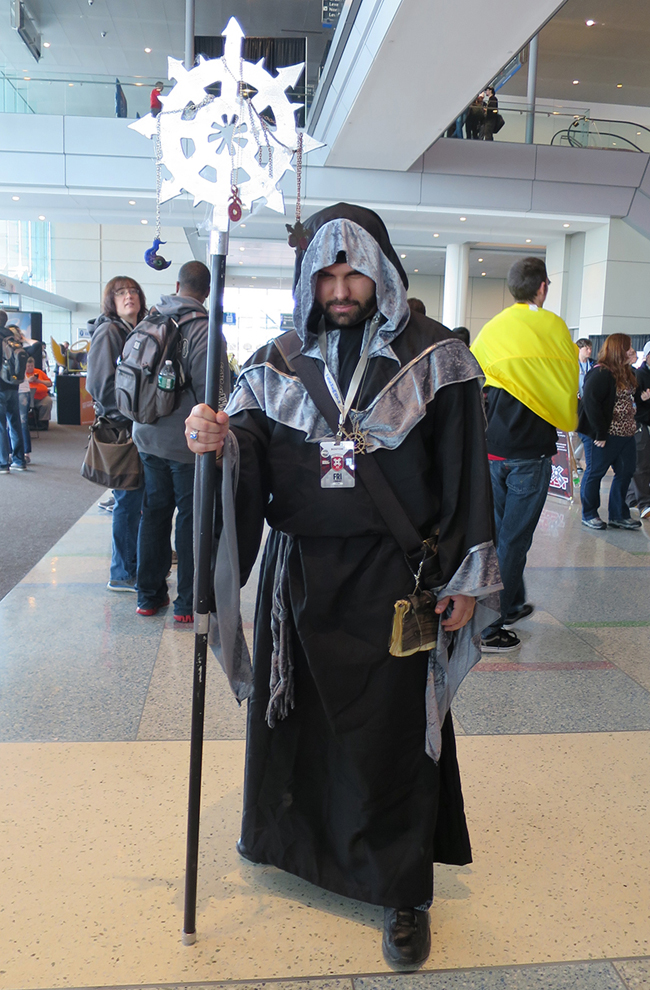 I’m not going to lie. This is kind of an awesome costume, and I have no idea what it is. Let us know, O Readers! 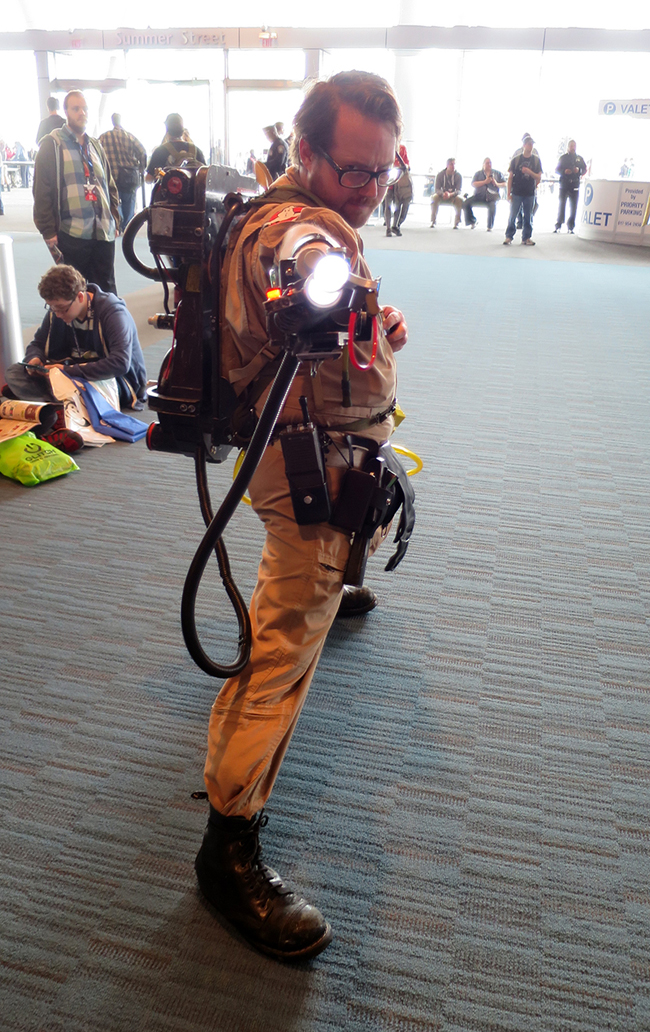 Real talk: This guy’s costume, in addition to being good on the merits, will also be guaranteed to be better than anything we see in Ghostbusters 3. 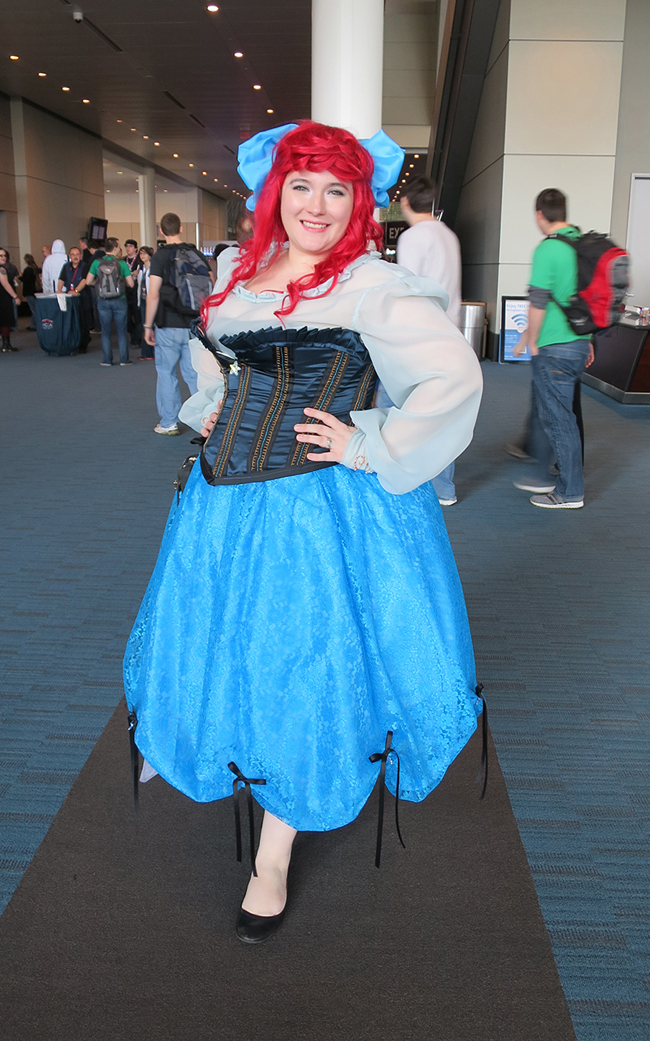 It’s Germanic, it’s colorful, it’s definitely Disney-esque. It’s… I got nothing. Once again, I call on the power of the forums to help identify this costume. 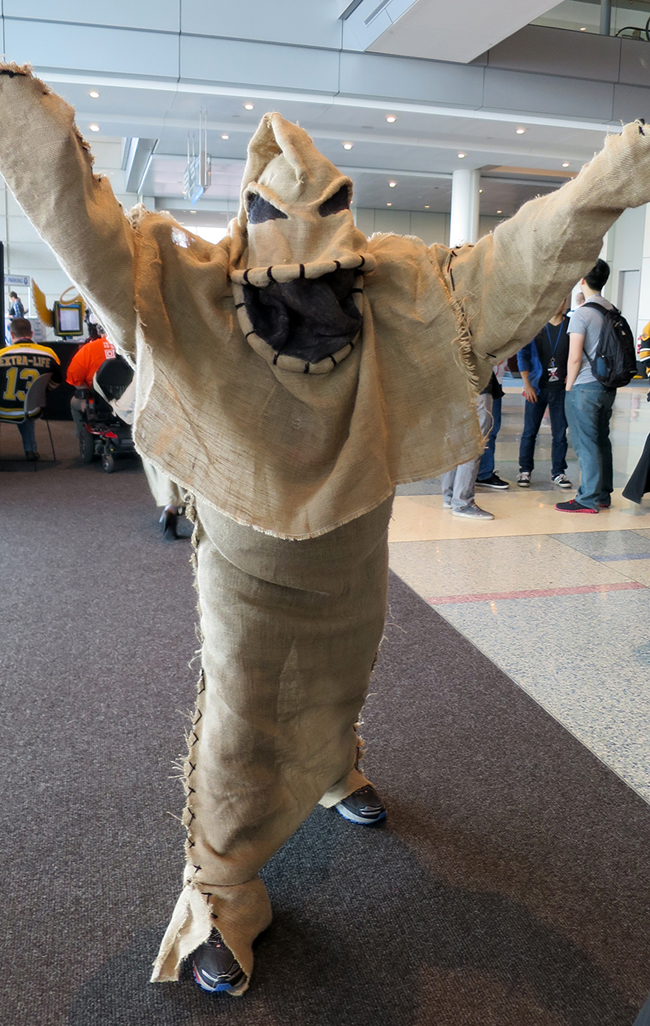 Oogie-Boogie from The Nightmare before Christmas reminding me, for some reason, of Scarecrow from Batman. 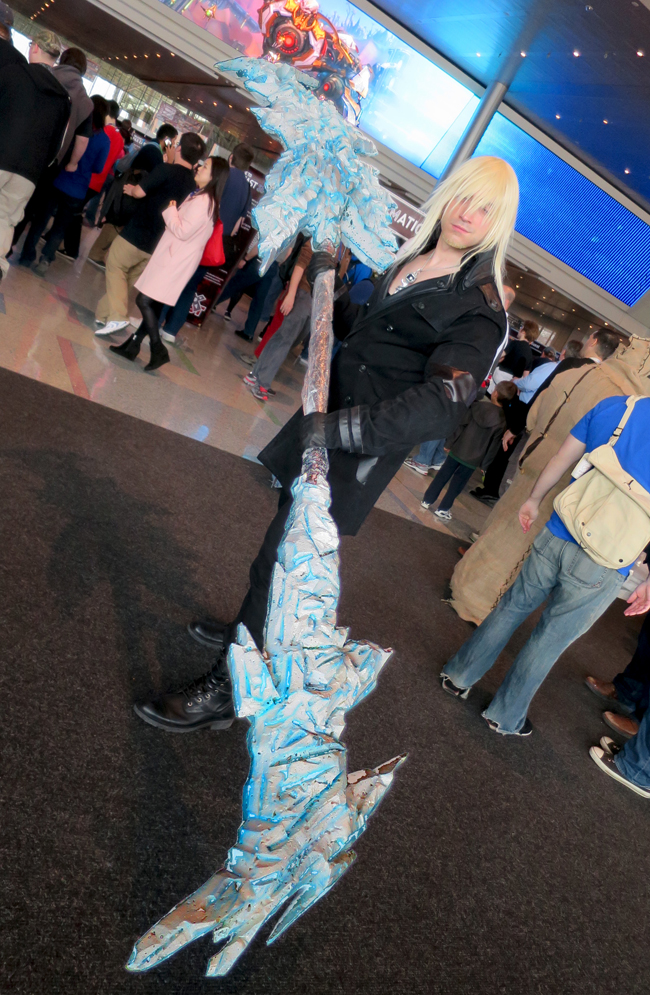 Snow, from Lightning Returns. In other news, has anyone else noticed how Final Fantasy is secretly keeping the hair metal aesthetic alive? 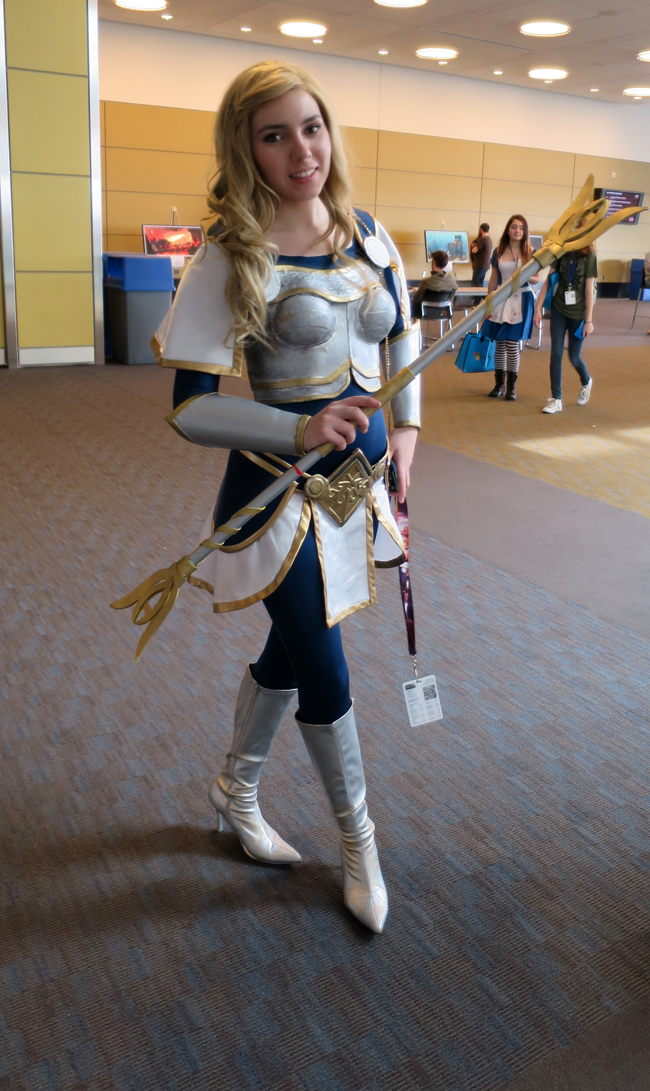 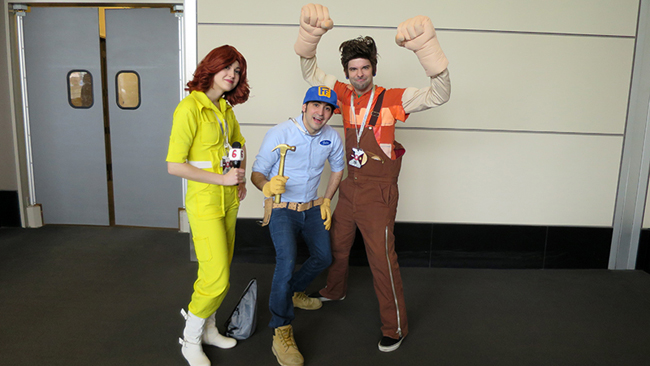 April O’Neil, kicking it with Wreck-It-Ralph and Fix-It-Felix. This is a movie I want to see way more than Teenage Mutant Weirdnose Turtles. 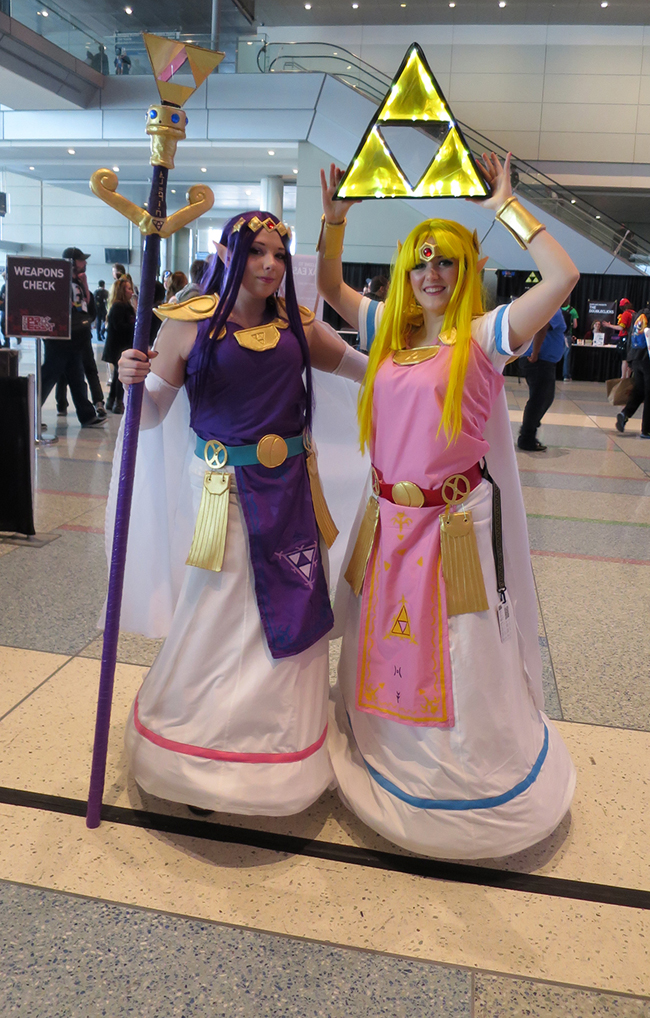 Hilda and Zelda should be careful waving that kind of cheese around. Gannon is a known purse snatcher. 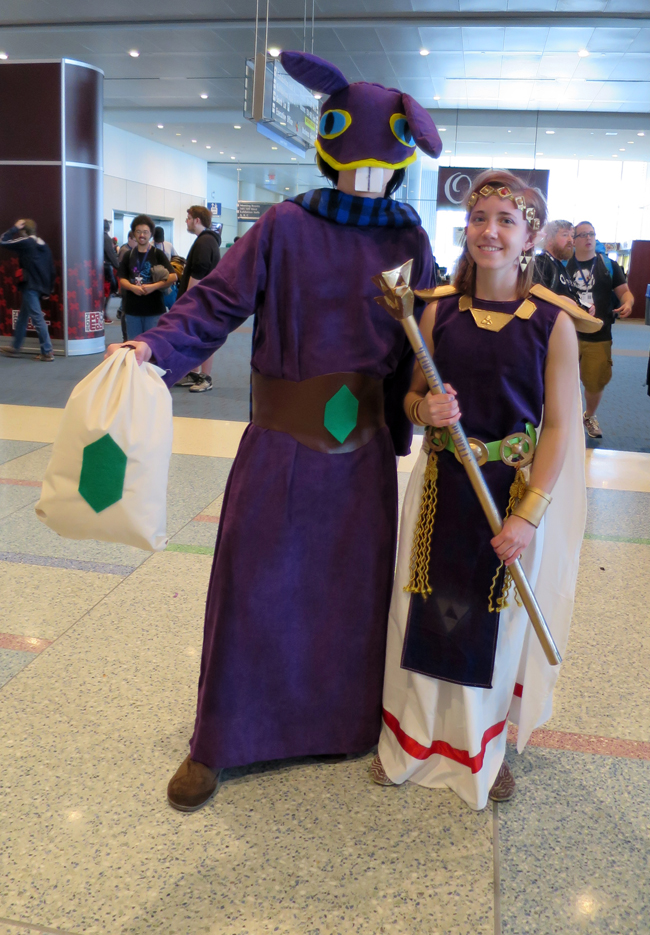 All photos by Janelle Bonnano, Editor in Chief of The Escapist’s sister site Game Front..

Master of Orion 2-Galactic Conquest at its Finest