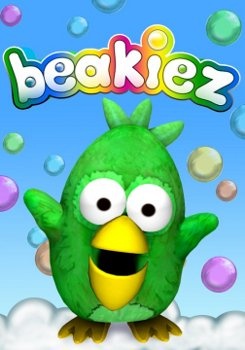 A new and greatly-improved version of Beakiez, the bubble-popping game with the farting lizard and the suffocating little birdies, is now available for download.

Remember Beakiez? It’s an “old school bubble pop game” that’s cute on the outside but has a bit of a warped streak underneath: The beakiez are dying and if you want to make it through the game, you’re going to let them. “Watching people freak out about letting the baby beakiez die is, of course, enormously entertaining,” Dave Taylor, the game’s producer, said in an interview last month. “They will merrily run out of bubbles and thus lose the game in a desperate attempt to save the suffocating beakiez.”

The first Beakiez release was fun but rather rudimentary, but Taylor said at the time that a major update was planned for June that would significantly upgrade the game’s visuals. As promised, that patch has arrived and it offers even more than was originally planned. Graphically, the game has been greatly refined, with dramatic improvements to everything from the “Beakiez islands” game menu to the level backdrops and Mealie the farting lizard himself, while the gameplay has been tweaked as well.

At first glance, Beakiez looks like just another bubble-popper, but there’s a surprising amount of strategy required to do well, not to mention a certain degree of cold-bloodedness. And you’ll want to do well, because the game still collects and uploads scores to a central server, ensuring that every other Beakiez player in the world will know how just much you suck. Interested? Grab a demo of the new and improved Beakiez at www.beakiez.com and show us what you’ve got!