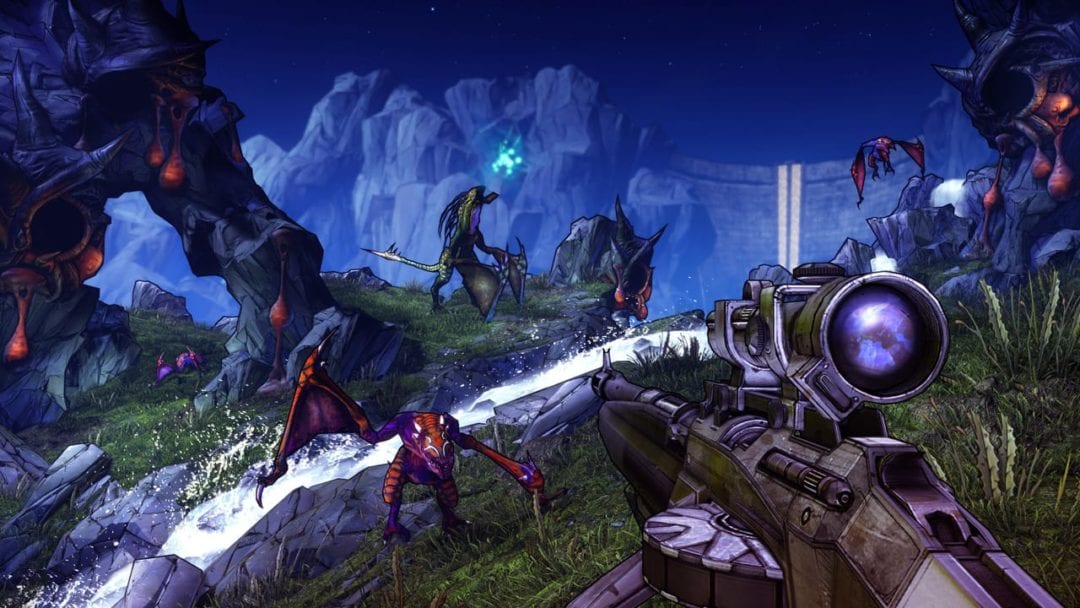 It’s 2019, and Borderlands 3 still hasn’t been officially announced yet. It’s been five years since Borderlands: The Pre-Sequel. We’ve had some spin-off titles since then, but nothing based on the mechanics of the main titles. I’m a huge fan of the series. I’ve sunk over 600 hours into Borderlands 2, and I’m always eager for news of the next game in the series. But the longer we go without a proper sequel, the more I think we’re building up to a disappointment.

1. The plan is to make Borderlands 3 “Really Big”

In 2013, Gearbox CEO Randy Pitchford said that any sequel to Borderlands 2 would need to be “massive.” When asked in 2017 why Borderlands 3 was taking a long time he replied, “What I think people want from us is a really big, worthy [game].” While this sounds like an admirable sentiment, I’m worried that the team is working hard to create something the fanbase isn’t asking for and doesn’t want.

Borderlands 2 is already a pretty big game. You can skip two thirds of the sidequests and still keep up with the intended leveling curve. A typical non-completionist playthrough will take around 30 hours. You can go through the game a total of three times with foes and gear scaling up each time. Multiply that by the six character classes and you’ve got hundreds of hours of content. On top of that is a smattering of arena battles and multiplayer raid bosses. The game is incredibly varied in terms of enemy design and behaviors, environments to explore, and outlandish weapons to collect. I love Borderlands 2, but I freely admit that sometimes it feels like there’s already more game than we need.

The Pre-Sequel was criticized for being small, but that wasn’t the only problem the game had and it wasn’t close to being the most serious one. The Pre-Sequel was a mess of janky unbalanced mechanics with a meandering and thematically confused story. More than anything else, what it really needed was more polish. I’m willing to bet that if The Pre-Sequel had matched the quality of Borderlands 2, a lot of people would have thought the smaller scope was actually an improvement.

Borderlands games are built on the same skinner box gameplay loop of fighting and looting that you see in games like Diablo or Path of Exile. It’s like a slot machine where you’re playing for fabulous prizes, though you’re murdering bad guys instead of putting in money. These sorts of games live or die on their pacing. The story content is there to sustain the mood and provide a periodic breather from the otherwise nonstop action. If the story is spread too thin, then the game starts to feel monotonous and grindy. If the story is too dense, then it becomes a constant interruption. It’s very tricky to add more story to the game without disrupting this balance. Game length ought to be decided by how long the story and mechanics can keep the player engaged, and adding more content beyond that point risks diluting what makes playing fun to begin with.

When Pitchford said Gearbox wants the game to be big, he probably means “more epic.” The problem with this is that it’s hard to scale a game up to a larger scope and still maintain quality. It’s more likely to emerge as bloated and unfocused like  Batman: Arkham Knight did. Arkham Knight tried to take the contained, single borough experience of Arkham City and scale it up to a citywide level but wound up diluting the core experience with extraneous activities. Bigger is not always better.

2. It’s been a long time since the last game. 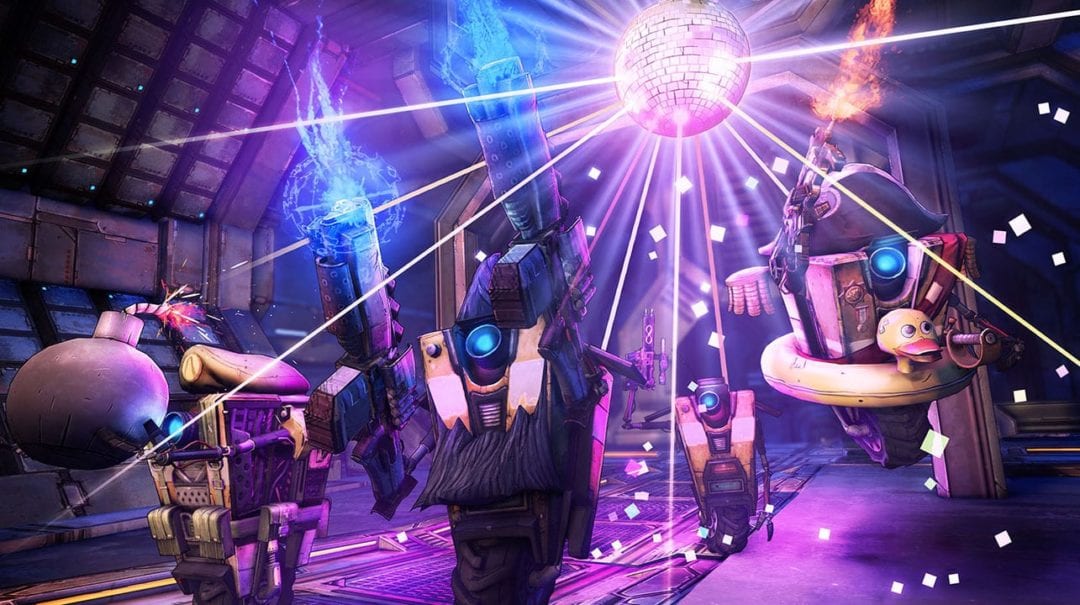 Gearbox Software completed work on Borderlands 2 back in 2012. Since then, the studio has worked on Aliens: Colonial Marines and Battleborn. The various spin-off Borderlands titles have been handled by other developers. That means it’s been seven years since the Gearbox team last shipped a Borderlands game. That’s a long time in this industry. It’s very likely that the people who made Borderlands 2 so special have moved on. Some of them will have left for other companies and others will have been shuffled over to the new Gearbox division in Québec. It’s possible that a non-trivial portion of the Borderlands 3 development team will be made up of people who didn’t work on the previous entry and who don’t really understand the nuances that makes the series tick.

More importantly, history has not been kind to games with protracted development cycles.The developer could be obsessively polishing every detail, but it’s also possible that the delay is the result of troubled processes. Duke Nukem Forever, Aliens: Colonial Marines, and L.A. Noire are all examples of hotly anticipated games that wound up being disappointments due to problems during production. The longer the delay, the more plausible it seems that Borderlands 3 could be caught in development hell.

Borderlands 2 lead writer Anthony Burch left Gearbox in 2015 to write a TV series for Hulu. Burch was responsible for solidifying the particular tone and style that’s become associated with the series. The first game was was light on story, and the moments of genuine humor were actually pretty rare. It wasn’t until Burch joined the team for Borderlands 2 that the series became known for this particular style of madcap self-aware humor.

Burch has his critics, some of whom complained the game leaned a little too hard on internet memes to get its laughs. Even if you didn’t appreciate his brand of humor, it’s still a distinct style that has become synonymous with the series itself. There are precious few comedy writers in this industry, and a lot of them are not as funny as they think they are. Despite what some people claim, writing comedy is not easy, and writing comedy in someone else’s style is even harder. Just imagine how wrong things can go if the next game winds up with a non-comedy writer trying to imitate Burch. Whether you like Burch or not, he’s certainly better than someone trying and failing to capture his voice.

4. The publisher has microtransaction fever.

The Borderlands series is published by 2K Games. Last month, NBA 2K19 senior producer Rob Jones said that microtransactions are “an unfortunate reality” of gaming now. The series has reportedly been plagued by mechanics that frustrate attempts to have fun in the name of pushing them into microtransactions. Players hate this. Developers hate it. The publisher doesn’t care. A smart publisher would recognize that Borderlands is a cash cow and leave it alone, but we already know that 2K Games isn’t that smart. The odds are very good that they will attempt to monetize Borderlands 3 in a way that hurts the gameplay.

The trick with these kinds of games is that the player spends hours searching for rare loot, and it’s very tempting for a publisher to start asking why they can’t just make more money by selling the player that rare loot. Blizzard thought the same thing back in 2012 when they added the auction house to Diablo III. It harmed the process of seeking out rare loot, even for players who didn’t engage with it. It was fundamentally damaging to the appeal of the game. I’d like to think that 2K Games would learn from this mistake, but since their basketball game is embracing all the mistakes of EA’s sports titles, I imagine they’re preparing to follow in Blizzard’s footsteps when it comes to monetizing every game until it’s no longer any fun to play.

5. Gearbox has a sketchy track record.

Yes, Gearbox gave us Borderlands 2. But they also gave us the lackluster Duke Nukem Forever and the monumental embarrassment of Aliens: Colonial Marines. Battleborn wasn’t a disaster, but it struggled to maintain an audience. Their other projects have mostly been remastering old games. Re-releasing a game that was already good isn’t the most challenging task a developer can take on. I guess Homeworld: Deserts of Kharak did well enough.

I could be wrong. It’s totally possible that Borderlands 3 will turn out to be well-paced, fun, witty, and free of microtransaction headaches. If the next game can produce anywhere near the joy of Borderlands 2 then I’ll be happy to eat these words.

I guess we’ll find out when the game finally shows up. Hopefully we won’t have to wait too much longer.