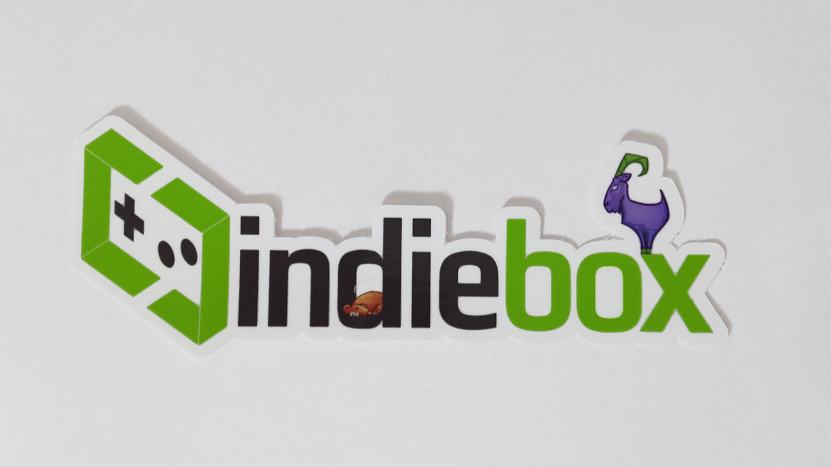 Physical video games are a dying breed. Granted, it might not seem so at a glance. For most people buying a video game still means heading over to Wal-Mart, walking back to the electronics section and asking an underpaid, blue-vested associate to open the games cabinet and grab you a copy of whichever big sequel you happen to fancy that month.

True as that experience may be for many however, the experience of digital sales is increasingly becoming the preferred way of doing things for countless others. Just last year, digital game sales saw a boost of more than 30 percent while retail sales declined. Moreover, while physical games might be the current standard for North America, other gaming scenes around the world have already embraced digital distribution to a much deeper degree. In other words, while the physical, shrink-wrapped version of your favorite game might not be hard to find right now, an eventual future where you have no other choice but to pick it up on Steam may not be as ridiculous as it probably sounds in the present.

It’s an eventuality that, honestly, leaves me more than a little sad. Don’t get me wrong, I have sipped more than a few times from the cup of digital distribution. My Steam and GOG libraries both contain dozens of titles. As much as I appreciate those platforms however, I’d be lying if I said I didn’t prefer owning a real, tangible game. A big part of that, I’m sure, is just straight up nostalgia. I grew up blowing into NES cartridges and to me buying a game is mentally defined by the actual act of handing someone my money and going home with something I could hold in my hands. If it weren’t for the matters of money and convenience, I’d choose that over a digital copy every time. And I’m not the only one who feels this way. There are some who still value the good old days and would love nothing better than to see them return.

Perhaps chief among those parties is IndieBox. A small, self-funded company aiming to “Bring Back the Box,” it takes new indie games, packages them in a retro-flavored box and delivers them to subscribers along with a bevy of extras like soundtracks, full color manuals, posters and more. According to the co-founder John Carter, it’s the company’s hope that the success of a business like their’s could help mitigate what they see as some of the darker side effects of the ongoing digital revolution.

“Right now, there’s a slippery slope with digital distribution,” said Carter. “When a person won’t pay five dollars for a game because they know it’ll be on sale for one dollar the next week, they’re saying that game isn’t worth five dollars – that their time can be better spent elsewhere.”

This is a sentiment that others in the game industry have expressed in the past, earning a variety of responses in the process. When Positech’s Cliff Harris, for instance, spoke out against deep digital discounts, his stance drew the ire of more than a few gamers who were understandably pleased with the sale-centric state of things. Where Carter and Indiebox differs, however, is in their belief that deep sales should be combated not by complaining but rather by giving gamers more for their money to change their perception of a game’s value. IndieBox aims to sell not just physical games, but a bona fide experience rooted in those same simple pleasures that gamers like myself already know and love. 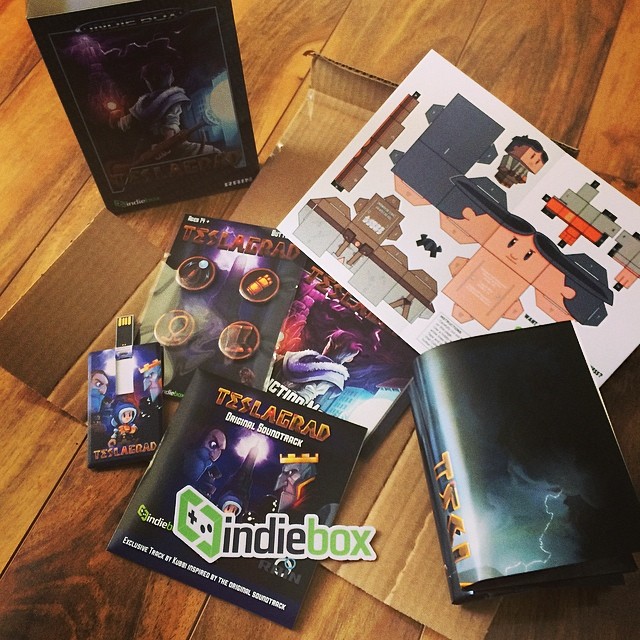 “With the physical game, there’s a palpable memory tied to that game even before you open it up,” explained Carter. “Tearing off the shrink wrap, opening the box, flipping through the manual – for me, those were iconic elements of my gaming.”

Which isn’t to say that IndieBox is just responding to the growth of cheap, instant gratification-based digital distribution. As much as Carter and company hope to counter the tendency of companies to devalue their digital offerings, he admits that he and his cohorts are working almost as much to reverse the course of recent trends that have seen many publishers and studios putting less and less effort into the retail versions of their games.

“When you buy a AAA-title game for sixty dollars, it comes with a CD in a plastic case with a single sheet of paper for your registration code,” he said. “What happened to the days where a game came with a cool poster or map of the game? Because of how much I used my Final Fantasy VI map, my mom laminated it for me. There’s so much value there that by drifting away from that, contemporary gaming companies are really missing out on an opportunity to connect with their customers.”

It’s an idea that’s perhaps not lost on everyone within the game industry. Aside from indie developers whom Carter says have been “very excited” about the working with IndieBox, there are still examples of studios willing to put in the work to make their physical titles something that even digital devotees might consider buying. CD Projekt RED, for instance, announced recently that the standard retail edition of The Witcher 3 will come packaged with a companion book, a map, the game’s soundtrack and stickers. The Xbox 360 edition of The Witcher 2 likewise came packaged with extra goodies that many other companies wouldn’t even have considered. According senior PR manager Tomasz Tinc, it’s a practice that evolved from the studio’s early experiences fighting for customers in its early days competing with software pirates.

“Game distribution on the Polish market back in the early 90s was successful mainly because we were offering more than pirates could ever offer -premium swag, exclusive items, and so on,” said Tinc. “We want everyone to get the most bang for the buck and we don’t care that others are satisfied with less, we think that downsizing things is not the way to go.”

Unfortunately, this attitude is arguably an exception in an industry that seems committed to continually trimming the fat. It’s not hard to understand why, of course. Making games, especially at the top AAA level, has become an increasingly expensive endeavor. When you’re facing down a budget that’s already in the tens of millions, it has to be tempting to look at a soundtrack CD, rule book or poster and think about the cash you could save by just shaving it off. Even so, at the end of the day there’s something to be said for going the extra mile. When I received my IndieBox copy of Escape Goat 2, for instance, I’d never had any interest in the game before. As I peeled off the plastic, opened the box and dumped the treasure trove contained inside onto my kitchen table however, I found myself excited for it in a silly, gleeful childish way that’s all too rare for me now. And you can bet your ass that I’d be willing to pay a little more to feel that way again.

Foldable Robot Can Build Itself in 4 Minutes