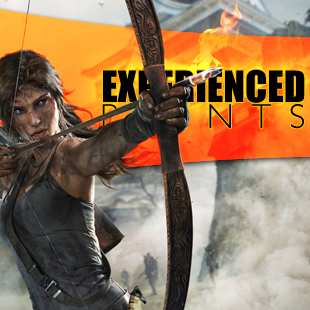 I know I’m not the first person to notice this, but last year we had this sudden, unexpected burst of AAA games that were built around or explored father-daughter relationships. Given that games generally take years to make, it’s not like these were the result of teams copying one another. Several different teams all got the same idea at the same time. The Walking Dead, BioShock Infinite, and The Last of Us were the most explicit about it, where the player took on the father figure and cared for a daughter sidekick. But we also had Dishonored in 2012, although it’s a little different from these other games in that you don’t really take the daughter-figure with you on adventures. You could even argue that Tomb Raider is also part of this trend, except in that game the player is the daughter and the father-figure is the sidekick.

That’s really interesting. Here is an idea that’s almost unheard of in AAA games, and then we get several titles in the same year, all exploring the same idea. That seems like a crazy coincidence, but it might just be the natural outcome of a couple of different trends in gaming.

In the last few years, we’ve had more than a few articles talking about, complaining about, criticizing, or defending the overabundance of 30-something white males with short brown hair as video game protagonists. (I’ve written some myself.) This usually drags us into social justice arguments, and I’m not interested in going there. But for the purposes of this argument, let’s agree that there are an awful lot of these dude protagonists. Some people are fine with this, others don’t like it, and when they fight we get internet drama. You know the drill.

But whether you’re tired of it or not, I’m willing to bet game writers are tired of it. If you’re the one playing, then you might not mind the repetition. If you spend all your working hours slaving over video games, then it would probably get really boring after a few projects. It’s like being an accomplished landscape painter and all anyone wants is for you to paint one particular mountain, over and over again. It’s likely to get boring and pretty soon you’ll be restless and looking for the chance to mix things up.

So developers are probably itching to explore new and different characters, while the publishers and marketing teams are insisting on yet another version of John Dudebro. Which means we need to put that desire to make something new into the supporting cast. 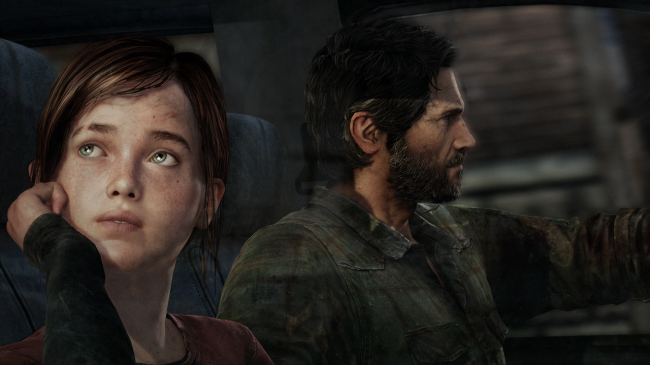 In movies, we can switch to other viewpoints and have scenes that don’t feature the protagonist. In a video game that sort of cutscene sometimes feels strange and unwelcome. There’s a (perfectly reasonable) expectation that the story needs to revolve around the player character, and we need to see the world from their point of view. But this means the story can only feature the people we meet on our journey, which keeps the supporting cast kind of small.

As games get more Hollywood-ish, we discover a need for exposition and character banter. You can accomplish this with a radio buddy that talks to the protagonist from some remote location, but if you’re looking to make trailer-friendly cutscenes with expressive characters — or if you’re telling a story where the main character isn’t going to be chatting with people over the radio — then the most obvious way to allow us to talk with someone is to give the player an ever-present sidekick.

(I know someone is going to show up in the comments with, “BioWare games have a large cast so your point is invalid!” Note that I’m talking about broad trends here. We’re exploring why we suddenly got so many father-daughter games at once, which means talking about the typical AAA game, not the exceptional one.)

So we’re making a game with a small cast, a dude protagonist, possibly a sidekick, and a simple story designed to facilitate gameplay. Once you accept this premise, the father-daughter thing practically writes itself. 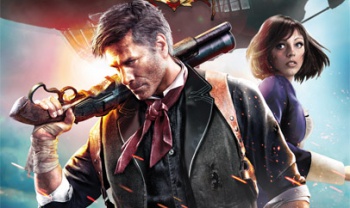 But if we make the sidekick a grown woman it will create expectations that the two characters will hook up. Our media is filled with love stories, and even stories that aren’t love stories often have some kind of hookup tucked into one of the subplots. The language of storytelling is so strong and so pervasive in the western world that a large portion of the audience unconsciously begins guessing who will end up with whom at the end of the story. If a man and a woman are of the same age and having an adventure together, there is immediately an unspoken need for them to end up together simply because that’s how stories work.

It’s like seeing a child with an asthma inhaler in the story. Sure, in real life kids can and do carry around their inhalers with no problem, but in the context of a movie you KNOW sooner or later the asthma / inhaler will be used to ramp up tension or justify some course of action. The expectation is there, and if the kid never has any problems then it kind of feels like the story was wasting our time introducing all the asthma stuff.

In the same way, having a man and woman of the same age is going to create expectations so strong that a failure to deliver on a romance will make the audience think the people are emotionally dead. We’ll need to burn screen time explaining why these two people don’t hook up. We could make the sidekick unlikable to the protagonist, but then the audience will probably hate them too. If we make them both likable but have them bicker anyway then it will be mistaken for sexual tension. You’ll end up with the audience saying, “Man, these two need to bone and get it over with.” 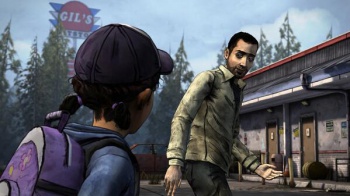 (And just to be clear: I’m not suggesting that it’s impossible to make an on-screen couple that doesn’t become romantically entangled. It just takes a lot of skill to gently steer the audience away from a lifetime experience with popular story tropes. It’s hard, it’s risky, and given all the other problems that video game writers are having I doubt it would work out well.)

Assuming we don’t actually want to write a romance story, how do we avoid this? We can change the age of the sidekick of the protagonist to negate the reflexive romantic demand of the audience. But if she’s just too old to plausibly have a relationship with a 30-something guy then she’s probably too old to go on a violent adventure with us. (Again, I’m sure it’s possible to make a fifty-year-old woman that’s a good combat buddy, but that’s not exactly the path of least resistance. There are lots of pitfalls on that road.)

Which means making the sidekick younger, which leaves us with the father-daughter motif. It works well. It gives us contrasting characters, avoids romance, and takes us into territory that hasn’t already been done to death by video games. (Yet.)

The thing I’m wondering about is: What happens next? This need for sidekicks isn’t going to go away anytime soon. In fact, as games try to be more Hollywood in their presentation our need for traveling companions will likely increase.

We still have a need for sidekicks and cutscenes, and now that the father-daughter thing is played out, I wonder where writers will take us next. Father / son? Maybe explore some three-sided interactions? (Given the mechanics of modern shooters, the difficulties of maintaining a large cast, and the current state of our AI, I think having more than two sidekicks is probably a bad idea.) Maybe someone will just embrace the romantic expectations and give us a kind of Romancing the Stone rom-com adventure. Maybe marketing will loosen their grip and let writers mess around a few more non-dude protagonists.

So You Want to Get Into Malifaux

You Can Now Livestream Games Directly Through Steam Broadcasting