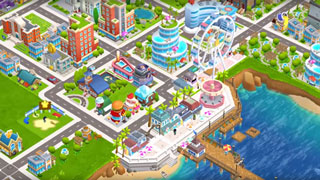 A new mobile city building game from Storm8 will let you build your own city, including an in-game Regal theater where you can watch content.

Next month, Storm8 is launching a new mobile city building game titled Dream City: Metropolis. It will mark the entrance of Regal Cinemas into the world of gaming, as they have partnered with Storm8. In the game, players will be able to build their own Regal, and will later be able to watch branded content in exchange for in-game rewards.

Players will take over a town constructed by the great railroad tycoon, Old Man Chesterfield. The city has fallen into ruin since the old man disappeared under mysterious circumstances, and the player will have to rebuild it. To do this, the game will let players build what they want, where they want, and will have a cast of diverse characters.

Dream City: Metropolis will launch on iOS and Android on July 7.

Blizzard is “Exploring Some Options” to Improve Overwatch‘s Zenyatta