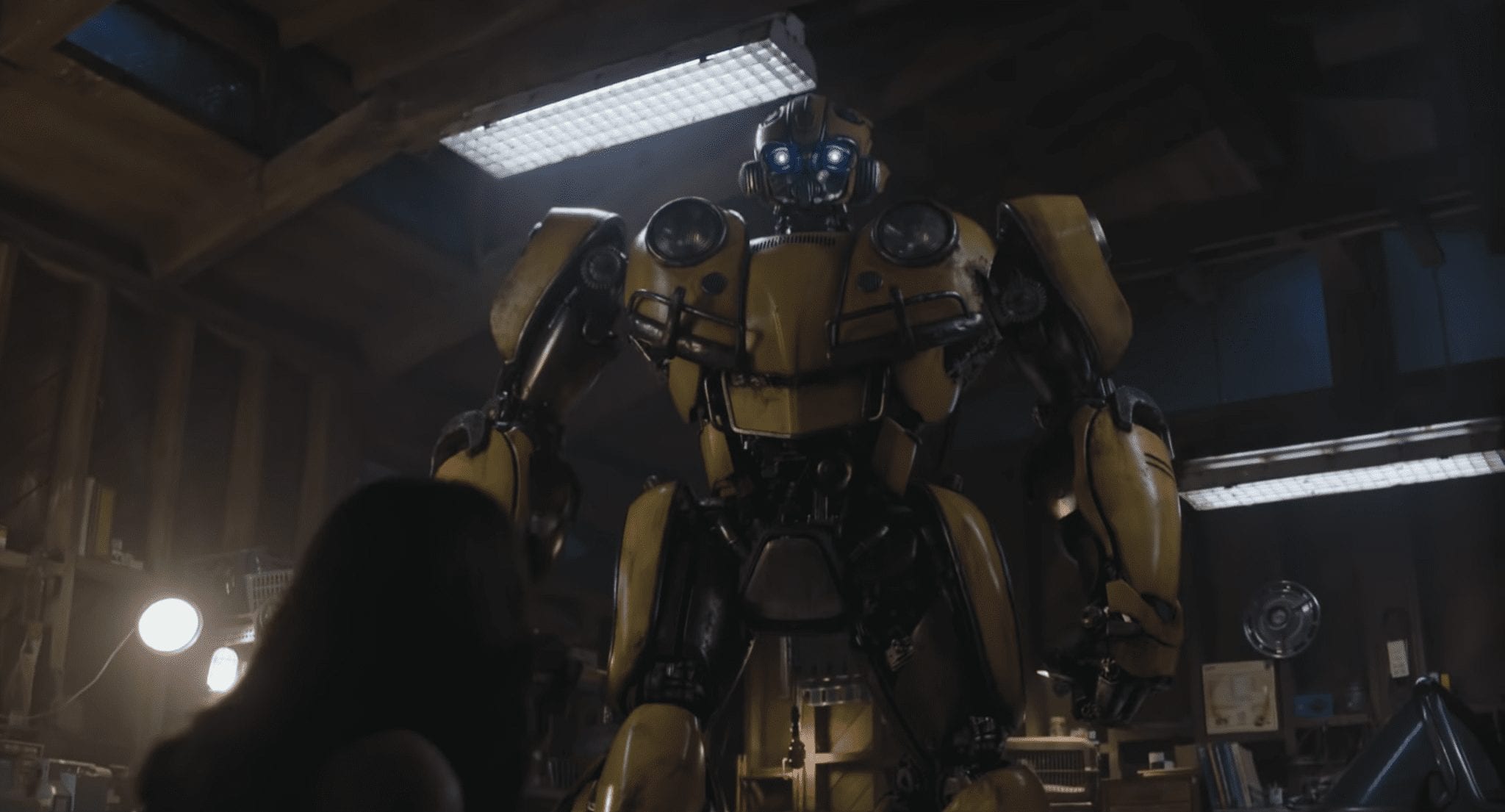 “It is a world transformed, where things are not what they seem. It is the world of the Transformers, a world of the heroic Autobots and the evil Decepticons.”

Those two lines, printed on the back of Transformers toys sold in the ‘80s, painted the setting for a rich and robust universe that has grown to become a Unicron-sized marketing juggernaut. The cast included trucks, military vehicles, spaceships, and dinosaurs, but this article is devoted to one of the smallest characters. Bumblebee, a canary yellow Autobot spy and scout, has emerged as the franchise’s Little Engine That Could.

The year was 1984, and softened regulations restricting the way children’s television programs and marketing interacted created a race for toy lines paired with animation. In a move oft repeated, American toy execs tapped the Japanese market for source material. Several pre-existing lines were scavenged, and from Micro Change Hasbro found one of its stars. Micro Change had a very basic naming convention, with MC tagged on to whatever the robot became. A yellow Volkswagen Beetle, the third in a family named MC Mini Car Robo, came across the Pacific to Marvel Comics editor and author Bob Budiansky.

Budiansky created the lifeblood of much of Transformers fandom. He took toys and gave them names, jobs, and personalities. I have had the pleasure of seeing this man as he goes through his decades old yellow legal pads and describes how he brought the toys to life. Bumblebee was a spy, and master of espionage, and one of the best disguises would prove to be a yellow Volkswagen Bug.

Really, stay with me on this.

America had already fallen for Herbie the Love Bug. Millions of cars just like Bumblebee had rolled off assembly lines and into driveways all over the world. A giant dinosaur can’t discretely keep tabs on a power plant, but a Bug can. In this first wave of Transformers, Bumblebee was one of a handful of Minibots, the smallest robots whose toys also sold at the lowest price point. He was cheap at around $5. His yellow paint hypnotically shone under fluorescent store lighting, and he was in every episode and issue of a new cartoon and comic book series.

Scale and size are always interesting things in the Transformers universe — Grimlock the tyrannosaur robot is sometimes the size of a truck, sometimes he’s the size of a building — but in the comics and cartoons, Bumblebee was recognizably person-sized in his robot mode. This was an excellent way to add humanity to an inorganic alien, following in the pop culture legacy of making a Kryptonian like Superman indistinguishable from a human. Consider that as a child I could play with Bumblebee, stick him in my pocket, grab my bike and pretend I was a Cybertronian spy who drove to my grandmother’s house where we went in for snacks. (I would have cookies and ‘Bee would probably have oil cake). When you visit vintage toy stores and find an old Bumblebee, he usually has scuffed paint and wobbly joints that represent battle scars from myriad playground wars.

Bumblebee was that one character who survived the coming of Unicron in Transformers: The Movie. He survived being blown to shreds in the G.I. Joe and the Transformers comic book crossover and was rebuilt into a newer body, changing his name to Goldbug. When the 1980s market trends shifted and the Transformers line slumbered, Bumblebee was one of the few characters sold at the now defunct KB Toys, this time sporting a coat of bright metallic gold paint meant to lure slightly older eyes to his peg hook.

Next came what Transformers fans refer to as the dark age, when there were no new toys, animation, or comics.  When the property came back in the mid ‘90s, the Transformers: Beast Wars revival came and went without a reimagining of Bumblebee in sight. When new Transformers comics appeared in the early ‘00s from Dreamwave and IDW, the classic version of Bumblebee returned, but he sat out other new cartoons like 2001’s Transformers: Robots in Disguise.

It wasn’t until 2007, when the first of Michael Bay’s live action movies hit the big screen, that Bumblebee became a series star again. Things were different for the Autobot spy, though.. Beetles were no longer a common presence on highways.  Volkswagen was also one of the German companies who started shying away from merchandising that involved war and battle. For this incarnation, our intrepid little spy assumed the form of various Chevrolet Camaros. This Bumblebee also adopted a quirk that is becoming a defining characteristic: the inability to speak.

This new Bumblebee has transformed himself into a brand icon Standing right with Optimus Prime, Bumblebee has saturated toy shelves, comic book pages, and products from body wash to cupcakes. ‘Bee’s (his new hip name) voice manifests as an assortment of song clips that appeal to parents and their children. He is depicted in these movies as both a strong Autobot and a loyal friend. Bumblebee would let you pedal him to your grandmother’s house, but ‘Bee will take you for a ride with your hot girlfriend. His new silver screen roles have leveraged him into being the lead character in the last two animated shows, and this month he becomes the first member of the Transformers mythology to headline a motion picture all on his own.

Hasbro has successfully brokered a deal with Volkswagen and the movie Bumblebee will be a classic VW Bug once again. During Fathom Events’ recent screenings of the classic ‘86 movie, audience members were treated to some special footage and I saw a Bumblebee who is again a solo agent: a more stealthy and intelligent ‘Bee. He does appear to still only speak in clips from songs and radio, but aside from that he is very, very close to that classic Generation 1 Bumblebee. He’s the little bot that survived the playground wars, a fallow stretch with the franchise, and even an aggressive film makeover, a Bug that’s truly more than meets the eye.

Robbie Warnock
Robbie Warnock is a perpetual child of the '80s who was reared on a steady diet of comics, toys, and movies. A proud dad and public school educator, you may find him studying anything from Metroplex to Middle Earth.

Leave Those Legs Alone: There is No True Sonic