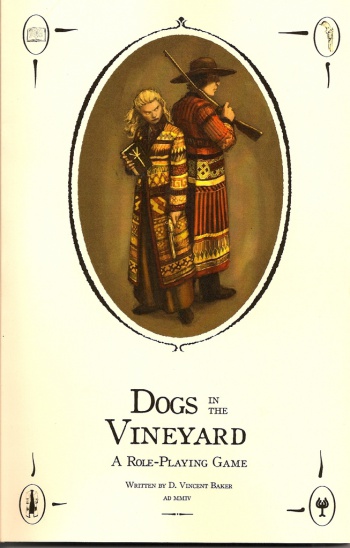 Bundle of Holding is getting back to its indie roots with a collection of formative new-school tabletop games.

Tabletop roleplaying is a far more diverse hobby than you’d expect from just looking at the success of D&D. Like sci-fi settings? Horror? Fantasy? All of the above? There are games out there for you, and websites like Bundle of Holding are making them more available than ever before. It’s in that spirit that Bundle of Holding, after months of game-specific collections, is getting back to its roots with an Indie Initiative of roleplaying games that helped reshape the medium.

The Indie Initiative is probably worth it just for Dogs in the Vineyard alone. Created by D. Vincent Baker of the Apocalypse World system, Dogs is an alternate take on the Wild West inspired by the Mormon State of Deseret. The game has been praised as a new school gaming success story, and it’s in good company with this bundle: every other title is either an award-winner or directly inspired a designer in the field.

Take The Shadow of Yesterday, a game combining sword-and-sorcery and romance conventions in a post-apocalypse fantasy setting. Trollbabe is a game of half-human half-troll heroines having adventures across the Nordic North. Action fans could turn to octaNe, a post-apocalypse game inspired by grindhouse films and American trash-culture, or try a very different challenge with Breaking the Ice, a romantic comedy game navigating a couple’s first three dates.

The Extraordinary Adventures of Baron Muchausen is about noble adventurers attempting to outdo each other’s fantastical feats. My Life With Master depicts horrific servants who try to break free from the mad geniuses who control them. Sorcerer challenges player characters to summon and bind demons, although always for a price. Can’t decide who should be the GM after reading all of these? Then Universalis is for you, a game where players spend points to create facts of the world they’re about to take part in.

Regardless of whether you’re looking for a new game to play, reference material, or simply curious about the impact of these games on the industry, there’s more than enough in this Bundle of Holding to occupy your time. The Indie Initiative runs for another four days.