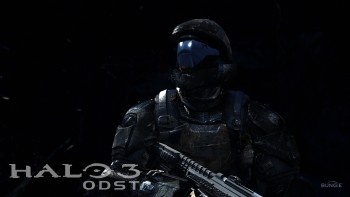 Bungie says it is “close” to signing a deal to publish its new, secret non-Halo game but while it’s not revealing any names at this point, Bethesda’s Ashley Cheng says there are very few publishers who will be able to afford it.

Lars Bakken, the multiplayer designer on Halo 3, told Eurogamer that the company should know “sometime soon” who is going to handle its new project, which remains under closely-guarded wraps. “I don’t handle these things, but I’d imagine we’re going to know way before we make the public announcement of who’s handling that!” he said. “But sure, I think those talks are, I guess, close.”

Bungie split from long-time collaborator Microsoft in October 2007, although a publishing deal for future Halo games remained in place. That agreement apparently encompasses the upcoming Halo 3: ODST and Halo: Reach but the future is murky beyond that and Ashley Cheng, production director at Bethesda Softworks, said he thinks the two games will mark the end of Bungie’s current relationship with Microsoft. Even so, he added, only a small handful of existing publishers will have the resources to take on the studio’s next project.

“I suspect Bungie only owes Microsoft two more games and they’re done. Halo ODST and Reach and that’s that. No more Halo for Bungie,” he wrote on his blog. “You can count on one hand the number of publishers around who can afford to publish Bungie’s next game: EA (via EA Partners), Activision, Ubisoft, Microsoft, and of course, Bethesda. I can only imagine how much it will cost to snag their next title.”

He mentioned one other interesting, albeit extremely unlikely, possibility as well. “There is one more publisher who could get into the game: Sony. That would be interesting,” he added.

Halo 3: ODST is scheduled for release on September 22 while Halo: Reach is expected to land sometime in late 2010.