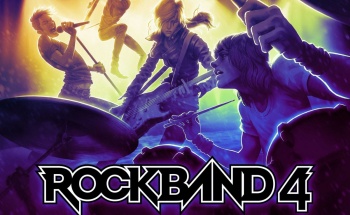 A special tier for the fig campaign to bring Rock Band 4 to PC offers every single DLC song ever for just $2,500.

Rock Band 4 did not launch on PC, but there is currently a Fig campaign underway to bring it to the platform. It’s only at $500,000 of it’s $1,500,000 goal, but now Hamonix has added a little extra incentive for the most dedicated PC players: a $2,500 donation tier that includes every Rock Band DLC song ever release.

“The exact song count may vary, but we should have over 2,000 songs available, all of them included in our ‘Collector’ tier for $2,500. Run, don’t walk, to our Backer Tier section and check it out. It’s the best deal on DLC that we’ve ever offered, and perfect for the Rock Band Super Fan who wants to start over on PC, or for a Rock Band Super Fan’s spouse, parent or band mate,” wrote Harmonix in an update.

It should be worth noting that unlike the PS4 and Xbox One versions of Rock Band 4, the PC version will not be backwards compatible with any previously bought Rock Band DLC, meaning fans will have to start over from scratch.

That said, most Rock Band DLC songs are around $2 each, so 2,000 songs would cost you close to $4,000 to purchase individually, making this bundle a decent amount of savings. It will also include any DLC songs that are released for Rock Band 4 this year.

There are currently no plans to bring this mega DLC bundle to the console versions of the game, but Harmonix is “looking into it”.