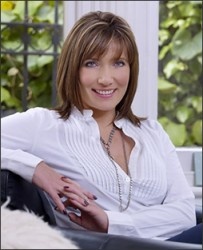 Early reports on the content of the Review by the Times Online and other media outlets claimed it would recommend “retailers who sell videogames to anyone under the age rating on the box… face a hefty fine or up to five years in prison.” But the author of the report has told MCV that current penalties for selling games to underage customers are adequate, and that no such recommendation exists.

“That’s nowhere in the Review. Nowhere,” Byron said. “I haven’t recommended any scary new legal threats to retailers. That’s plain wrong. I’ve read that elsewhere and I’d like to be really clear about that. The law as it stands says you can’t sell games to anyone under the statutory age of a BBFC-rated product. I didn’t make that up. It’s the law, and retailers already know it. All that’s changed is that “12” will now join “15” and “18” as a statutory rating.”

Reaction to the Review has been strong since its release. The Daily Mail published an article featuring former television personality Anne Diamond offering a “chilling” insight into the world of violent videogames, while another unnamed “national newspaper” is offering cash for stories in which people confess how videogames drove them to a life of crime.

A full copy of the Byron Review, including glossary, bibliography, details of the process and a list of contributors, is available here. (PDF format)