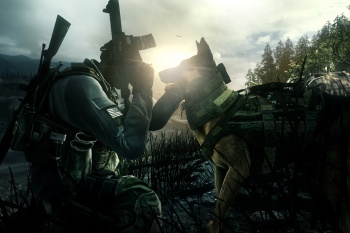 The online retailer also announced Xbox One and PS4 consoles were snapped up at a rate of 1,000 per minute during peak sales.

Amazon has tallied up the results of this past holiday buying season, and the top games sold during that time come out to Xbox 360’s Grand Theft Auto V, Xbox 360’s Call of Duty: Ghosts and, surprisingly, the Wii’s Just Dance 2014. GTA V’s presence comes as no surprise, considering the absolute killing it made during its launch.

The inclusion of Ghosts shouldn’t be too shocking considering the widespread appeal of Call of Duty. It’s worth pointing out, though, that some analysts viewed its performance as troubling given that it didn’t top holiday sales of last year’s Call of Duty: Black Ops II. And as for Just Dance 2014, well, there are still a lot of Wiis out there and apparently enough interest left in the music genre to make it a holiday seller. Amazon did not include exact sales numbers for the three games in its press release.

Amazon also included notes on Xbox One and PS4 figures leading up to the holidays. At the peak of sales for both consoles, customers bought more than 1,000 units per minute. Among the other stats released by Amazon include sales figures for Cyber Monday, when customers ordered more than 36.8 million items worldwide, which clocks in at an Amazon record of 426 items per second.

Richard Garriott: Ultima IV is “My Most Important Work”