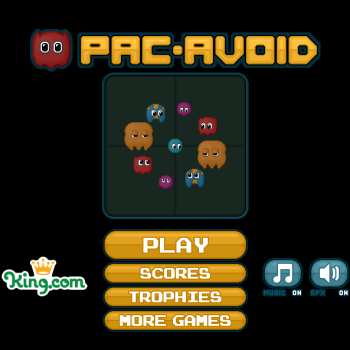 Candy Crush Saga publisher King says it doesn’t clone games and has removed the game that’s allegedly a clone of Scamperghost from its website.

Candy Crush Saga studio King was accused yesterday of cloning a game called Scamperghost a few years ago, after negotiations to publish it fell apart. Scamperghost creator Stolen Goose got a better offer elsewhere, so King hired another indie studio to make a quick copy of the game to get it to market first.

There’s a particular ugliness (and irony) to the matter because King, as you’ve no doubt heard, recently trademarked the word “candy” and is attempting to do the same with “saga” in order to ensure that nobody else can try to piggyback on, and profit from, its work. The validity of its trademark claim doesn’t seem entirely unfounded but it’s losing the PR war rather badly, as it hasn’t been able to effectively shake the image of a billion-dollar company using the system to screw the little guy, and the rather well-supported accusation that it has cloned games in the past – again, in an apparent attempt to put the gears to a smaller player – hasn’t helped.

King said in a statement today that it doesn’t clone games, and at the same time promised to remove Pac-Avoid, the Scamperghost clone, from its website. “King does not clone other peoples’ games. King believes that [intellectual property] – both our own IP and that of others – is important and should be properly protected,” a rep told VentureBeat. “Like any prudent company, we take all appropriate steps to protect our IP in a sensible and fair way. At the same time, we are respectful of the rights and IP of other developers.”

The rep said that before King releases a game it does a “thorough search” of other games and trademark filings to make sure it’s not stepping on someone’s copyright. “However, for the avoidance of doubt, in this case, this game [Pac-Avoid] – which was coded by a third party developer five years ago – has been taken down,” the rep added.

Ironically, it was that third-party developer who confirmed to Matthew Cox of Stolen Goose that Pac-Avoid was an intentional clone of Scamperghost and that King wanted it done quickly in order to beat Stolen Goose to the punch. Pac-Avoid no longer turns up in a search at King’s Royal Games portal, but it’s still accessible if you know where to look.

8 Most Spoilerific and Memorable Deaths in Movies