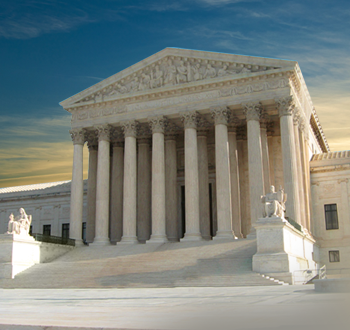 The Supreme Court is deliberating over whether the first amendment applies to videogames. Thankfully, the industry put its best foot forward when it came to present its case.

Videogames are under attack by federation of twelve states, led by California. The goal is to allow states to pass laws regulating the sale of videogames, and in the process condemn them as a lower form of expression than books, television, movies or music. Earlier this month, the Supreme Court heard the oral arguments from both sides that will help shape their decision. In Issue 281 of The Escapist, Greg Tito spoke to the ESA’s Jennifer Mercurio, who gave her impressions of how the crucial engagement in this battle went.

To Mercurio, it was great for Sotomayor to address other facets of our culture. “We had a Justice who was openly acknowledging that they had an understanding of the greater society. Rap lyrics exist. That there are societal things that go on outside of contract law,” Mercurio said. “The fact that most of the Justices were keenly listening to hear what the response was showed us that, Oh my God, not just Sotomayor, but the others also understood that. It was refreshing.”

After Morazzini verbally waffled before the onslaught of the Justices’ questions, it was time for Paul Smith, the attorney representing the EMA, to take the floor in support of the rights of videogames. In contrast to Morazzini, Smith was cool under pressure. When he was pressed by the Justices, Smith used simple declarative statements to emphatically state what he believed was true … When Justice Alito tried to say that videogames were somehow different than non-participatory forms of art, Smith quickly attacked. “We do have a new medium here, Your Honor, but we have a history in this country of new mediums coming along and people vastly overreacting to them, thinking the sky is falling, our children are all going to be turned into criminals.”

It was that kind of gumption that impressed the audience, the Justices and Jennifer Mercurio … She believes that his arguments will have a profound effect on the outcome of this decision. “In any kind of case, if one has a mediocre attorney representing one’s side, the justices may come to the conclusion on their own, but a good litigator walks hand-in-hand with the Justices to move them along the path of the argument.”

This hearing may have a profound effect on the future of videogames, so it’s heartening to know that it went well. You can read about it in more detail in Tito’s article, “Battlefield: Washington.”