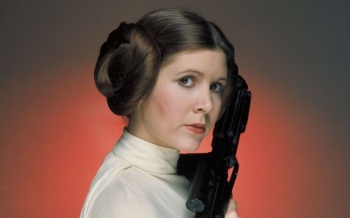 There will not be a CGI Carrie Fisher for future Star Wars films.

As audiences still mourn over the death of Carrie Fisher, questions about what this means for her character in Star Wars have begun to surface. While we know that she had filmed her part for Episode VIII prior to her passing, we don’t know what the future is for the character afterward. Lucasfilm issued a statement responding to the “speculation.”

We don’t normally respond to fan or press speculation, but there is a rumor circulating that we would like to address. We want to assure our fans that Lucasfilm has no plans to digitally recreate Carrie Fisher’s performance as Princess or General Leia Organa.

Carrie Fisher was, is, and always will be a part of the Lucasfilm family. She was our princess, our general, and more importantly, our friend. We are still hurting from her loss. We cherish her memory and legacy as Princess Leia, and will always strive to honor everything she gave to Star Wars.

So, there you have it. The plan, at least right now, is for there to be no digital recreation of Carrie Fisher in future Star Wars films. She won’t get the Paul Walker treatment. And, as tasteful as that was, I think this is the right decision. How about you?