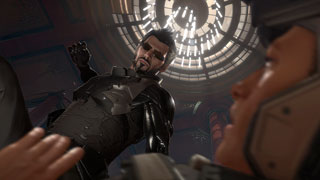 If you’re missing some Deus Ex content in your Steam collection, this weekend’s sale will let you fix that for less.

Earlier this week, there was a report making the rounds that the third Deus Ex game had been put on hold so that Eidos Montreal could focus on a new Avengers game. If you’re worried about getting your Deus Ex fix, Steam’s weekend deal has definitely got covered.

While Deus Ex: Mankind Divided is down to $18, and its season pass is down to $20, the real deal is the Deus Ex Collection. It includes:

The total cost? Just $34.32, or nearly four dollars cheaper than Mankind Divided and its season pass. As with most Steam bundles these days, you can still get the deal on the parts you don’t own yet, so it’s worth heading over to Steam to check it out. The sale can be found here, and the Deus Ex Collection is here.

As with most Steam weekend sales, this one ends at 1 PM ET Monday, February 6.