Movement is just too slow. Combat is uninteresting and offers low chance of reward. It’s a huge grind, and it’s a boring one at that.

Only one thing is keeping me playing to experience the wonderful story, one tool giving me the patience to slog through the frankly terrible combat: Cheat Engine. Cheat Engine is a longstanding tool that lets users actively edit the code of a game while it’s running. If you know what you’re looking for – and chances are someone on the internet knows – it lets you add items, edit stats, become invincible, and even beat the game instantly. Outside of the larger hex edit hacks, Cheat Engine also significantly lets you edit, immediately and accessibly, the speed of the game.

I’ve been using hotkeys to alter the speed of Ni No Kuni in real time. It’s so much more tolerable to tromp around the overworld at 4x speed. I have much more patience for the combat grind at 2x speed. If I couldn’t go so fast, I would have quit in frustration hours ago. And that would have been a huge shame.

This isn’t the first time I’ve used Cheat Engine to speed up the grind. Endgame Atelier is known for its grind, as you search for powerful traits on ingredients with fractions-of-a-percent chance. Using Cheat Engine and hex tables, I can directly apply desired traits to crafting ingredients and cut down that actual dozen-hour-long process to a few minutes.

I appreciate a game that acknowledges my limited time. I might be cutting down on the “fun” of the game or eliminating a design feature, but if it’s something that is designed to artificially bloat playtime, why shouldn’t I cut it if I can? My life is busy, my backlog is immense, and I’ve already gotten the core enjoyment from the game.

Games have a long history of cheat menus, including ones you unlock in-game to add variety. Running through GoldenEye’s Facility in under 2:05 on 00 Agent difficulty took me a better part of two days as a kid, but invincibility was really fun, especially coupled with all guns (Egyptian, 00 Agent, 6 minutes) and infinite ammo (Control, Secret Agent, 10 minutes). While you couldn’t complete levels on difficulties you hadn’t already completed, replaying levels with infinite remote mines was always a blast.

Even Resident Evil 3 has unlockable guns and parameter-altering coins that don’t impact on your ability to complete and unlock the game. Infinite ammo assault rifles are a great way to hone your runs – and an immeasurable help in putting together a Charlie Doll location guide. Higher difficulties like Inferno even seem built around the assumption that you’ll buy and use at least some of the cheat items, at least at first.

By including these as options – often as rewards – games are giving players an expanded toolbox with which to approach a game. More options is always good, and cheats that let you play around with the fundamental mechanics of the game without normal constraints are a great way to add to the enjoyment. And if it’s not offered in-game, external cheat tools and trainers are a great way to add that in.

But these external tools can also offer ways to “break” the existing mechanics laid out as designed. Remember unskippable cutscenes? Until developers realized that being able to pause and skip cutscenes was technologically feasible and player-friendly, the only way to skip a long cutscene was to actively hack the game – through brute-force deleting video files on PC, changing .ini settings, or using a tool like Action Replay.

And isn’t unskippable dialogue just the new unskippable cutscene? Isn’t slow walking? Isn’t low-percentage drop rates for required items? Why can’t we skip or speed up all of these? With cheat tools, we can.

But not all games are so easily altered. Recently in Animal Crossing: New Horizons, on Egg Day, I found myself with way too many wood eggs and not enough water eggs (because I refused to even try to catch medium fish for the last few weeks). You could exchange three of one type of egg for one of another type by talking to Zipper. Individually. There is no option, for whatever reason, to trade stacks of eggs for multiples of another type. Instead, you have to click through a dozen or so screens of repeated dialogue and choices to trade once. So if you want 30 eggs, that’s 30 times a dozen and well over 15 minutes of repeated button pressing.

In fact, one criticism of ACNH that seems widespread is the sheer amount of very slow repeated dialogue. My – and probably a whole lot of others’ – enjoyment of the game would improve so much by being able to skip or speed up (more than holding B) the dialogue. I undoubtedly would be using Cheat Engine’s speed hack to either speed up the repeated dialogue or just hex edit items directly.

I understand it gets morally messy when multiplayer is involved, though. I don’t personally support wallhacks or aimbots in competitive multiplayer shooters and the like. Using Pokésav to get perfect IV Pokémon and skipping hours of breeding eugenics is okay for single player, but trading those ‘mon away is sketchy, and giving that illegal 40 PP Blizzard to your Zapdos is a no-no. Likewise, I personally wouldn’t hack in an infinite ammo superweapon in the first level just to blast my way through a shooter, since that’s cutting out the enjoyable bits, rather than speeding up an unenjoyable (to me) filler activity.

But using cheats, trainers, and hacks in a single-player game to speed up time-eating grind? Not only is it fine, but it can actively increase enjoyment – if you choose to. My time is precious. I don’t have the patience to spend a day trying to tame a bunch of unripe bananas.

If it means I get to play more games, isn’t that a win for everyone? 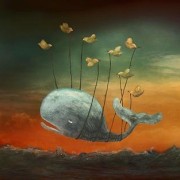