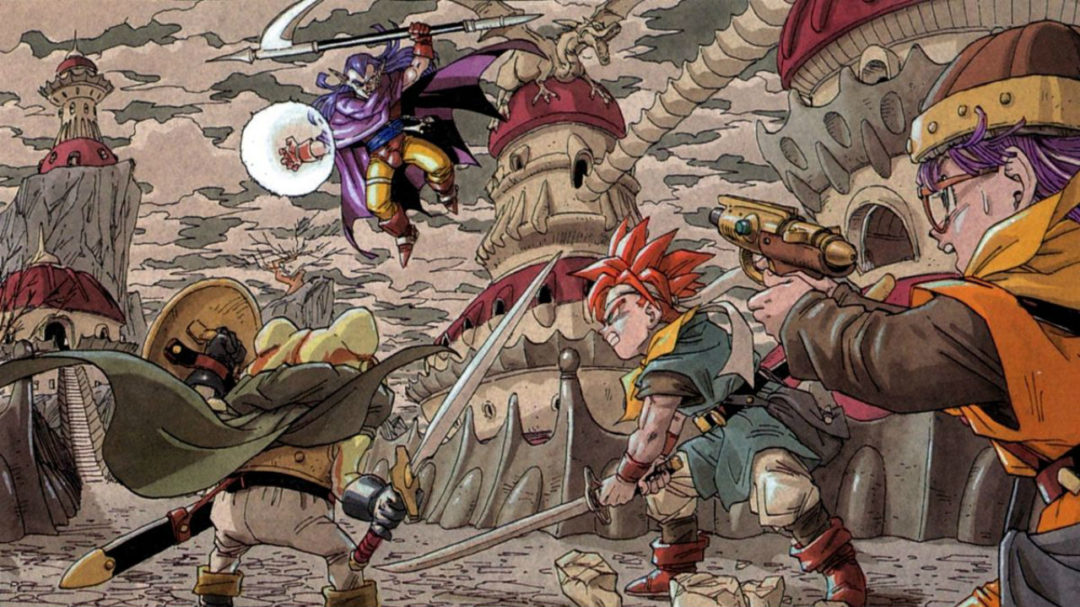 I’m jealous of Chrono Trigger’s time-traveling heroes and their first-hand experience of climate devastation. They get it all out of the way all at once. Boom! The world is ruined. It’s over. Humanity’s hanging on by a thread. That old-growth forest near the town they grew up in is long gone. Nothing’s left but bones and wind. Easy peasy, no muss, no fuss. Dread is not a part of their revelation. For us in the real world understanding is slow, something realized over the course of decades. Our forests aren’t just suddenly gone. They’re burned away by wildfires so frequent and powerful they make new growth impossible. One day you just wake up and notice that December no longer feels like December. The red tide algae bloom in Florida isn’t just an irksome, irregular pest but an abnormally vast danger, choking fish and eating away at stucco motel walls like the world itself has eczema. Central New York sees its average of 90-degree summer days explode from half a dozen to double digits over the course of just a few years rather than millennia and it only seems weird when you think, “Did I always just leave the air conditioner on?”

Lucca, Marle, and Crono enjoy the short, sharp shock of instant horror when they’re accidentally thrust 1300 years into their own future. The verdant countryside of their world has been destroyed by Lavos, a massive organism that moved into the planet’s mantle 65 million years ago. One day it surfaced and reduced the planet to a tempestuous expanse of broken cities and ceaseless dust-bowl wind. Climate collapse in Chrono Trigger’s  world comes from a single, knowable source.

We’re not as lucky. Most of the 7 billion people on earth struggle to weave together a coherent, personal understanding of the interconnected drivers of manmade climate change; it’s just too much. Automotive and air travel infrastructure, ocean acidification fueled by plastic contamination, deforestation, gluttonous industry, coal-powered electrical grids. Forget putting a face on our own existential threat — our very civilization is built out of poisoned parts, as many damaged sources of communication, leisure, and sustenance as there are cells in the human body.

Maybe that’s why it’s so easy for Chrono Trigger’s heroes to spring into action. They can see the problem. Who cares that Lavos is seemingly immortal and unbeatable? They can still try. “There’s only one thing we can do!” says Marle to her friends, just seconds after they’ve watched flickering footage of a primordial space parasite ruin the air, the oceans, and everything else. “We must change history!” Scale doesn’t matter when the problem is clear. Off she goes with her friends to figure out how to destroy Lavos in the past, consequences be damned.

Would that it were so simple. The complexity of our real-life crisis isn’t the only reason it’s so hard to unify people, communities, businesses, and government bodies in their efforts to tackle the problem, nor are the powerful economic forces and deeply greedy people who actively try to stymie efforts to fight back. When we try to consider every facet of climate change and how to address it — a problem caused by every aspect of how we live, and one whose solution requires both massive individual and societal change simultaneously — paralysis is an inevitable result. We don’t look at our traveling companions and say, “We can do it!” and then just suddenly stop eating beef and start walking to work every day. We say: “Oh god, what can I do at all?”

It doesn’t help that some climate scientists say that the only choice is to accept fate. Lose in the battle against Lavos in Chrono Trigger, and you’re met with a brutal image of the earth with the message: “But … the world refused to change.” James Lovelock, the scientist behind the Gaia theory–which proposes that everything on Earth, not just organic life, is part of a single functioning ecosystem–has said for years that changing our future is impossible. All the way back in 1965, Lovelock was explaining to oil companies like Shell that man-made environmental damage and climate change would be so bad by the turn of the century that their businesses would be in jeopardy. His predictions of extreme weather and regional climates where it will become difficult for people to live have been born out.

What do we do? Recycle with a vengeance, buy a Tesla? “It’s just too late for it,” Lovelock said in 2008, the 11th warmest year in recorded history. “Perhaps if we’d gone along routes like that in 1967, it might have helped. But we don’t have time. All these standard green things, like sustainable development, I think these are just words that mean nothing. I get an awful lot of people coming to me saying you can’t say that, because it gives us nothing to do. I say on the contrary, it gives us an immense amount to do. Just not the kinds of things you want to do.” Lovelock has proposed in books like Revenge of Gaia that we must resign ourselves to our fate, to accept its inevitability.

Playing through Chrono Trigger, you’re met with Lovelockian cynicism repeatedly. When Crono’s crew travels back to the middle ages to stop a warlord named Magus from summoning Lavos, they’re held up by people, even heroes, who think they can’t win. Forget toppling the monster; the lonely warrior with a grudge against that wizard won’t even help you reach his fortress. The swordsman is insecure — the last time he tried to fight Magus he watched his best friend die, and he himself got turned into a bipedal frog person. Motivating people to take action, even a first step, is more labor-intensive than actually confronting the larger threat.

But Crono and company are persistent. When you finally do fight Magus, everything’s revealed to be more complicated than you initially thought. The wizard didn’t summon Lavos at all; it’s been a part of the ecosystem for an entire geologic era. What’s more, Lavos has been used as a power source for civilization at various points in history, making human culture reliant on the natural force that will ultimately destroy it. Every time Crono and his friends get closer to a solution to the Lavos problem by tackling a smaller aspect of it, another problem emerges, an endless series of leaks in history’s hull and seemingly never enough fingers to plug them up.

The sacrifices seem too overwhelming on the road to crushing Lavos. Marle is estranged from her family; the misguided Magus fails to rescue his doomed sister as he tries to summon and then destroy Lavos; a whole species of sentient reptiles goes extinct; Crono dies. It all feels inevitable. But slowly, painstakingly, things start to get better. Robo, the crew’s robotic friend from the apocalyptic future, helps reforest an entire continent over the course of 400 years. The survivors in that far-flung future start to cultivate seedlings even when things are at their bleakest. And finally a route to Lavos is found and a new future is created in the process.

We do not have a time machine. We cannot go back to 1899 when scientists first warned us about climate change and halt the evolution of industry at the moment we recognized that a carbon-filled atmosphere would make it impossible for our species to flourish. We can’t go back 1989 when the United Nations said we were 10 years away from seeing the catastrophic effects of our carbon-producing culture; we’ve already seen the weather lying on the other side of that threshold. The U.N. outlined another breaking point at the end of 2018, and we know what waits on the other end.

“In the tropics, in the countries that are already really hot, they’re moving into a climate that we don’t have an analog for,” explained climate modeler Dr. Kate Marvel on Here’s the Thing. “A country on the equator, what’s that going to look like? The thing that really freaks me out, that really scares me, is this combination of heat and humidity. That [combination] is a critical thing for human health because it regulates your ability to cool yourself off by sweating. If that gets too high, then a healthy, young person who is naked in the shade will be dead because you cannot regulate your body temperature by sweating. We expect this to reach dangerous levels, especially in south Asia, in regions of India and Bangladesh, by the middle or the end of the century.”

Our Lavos will not emerge on a single day. We have been watching it yawn across the planet for a century, and we continue to feed it even as we understand the cost that we have to pay. But we can, we must, fight. Though Lovelock might say otherwise, the future is unwritten;  there are many, many paths to success. Carbon taxing has finally started in earnest, with 40 countries adopting carbon-pricing programs. The United States — the Lavos Core of global carbon production — welcomed a congressional body open to discussing the massive economic stimulus package called the Green New Deal at the beginning of 2019. Coal power is already more expensive than renewables. Even the U.S. Department of Defense is acknowledging that the disastrous effects of climate change are an operational threat. Electric vehicles and artificial intelligence operators are starting to kill the cars that have carved our world apart. Plant-based burger meat is driving companies to billion-dollar valuations.

Our personal choice must be to not despair. The path to a livable future for humanity does not begin with you going outside, dismantling your car, and immediately going vegan. (It would help, though.) Choosing to survive, to believe that we can fight, is the first step. When Crono, Lucca, and Marle explain their plan to a broken Robo before they leave the ruins of the future, he’s incredulous. He’s shocked that they would just decide to stop a force that could destroy a planet. Are they really going to just do it? “I don’t know how far we’ll get,” says Lucca. “But that’s the plan.”

Sekiro Gets a Little Bit Easier

The Avengers are Earth’s Mightiest F$*k-Ups