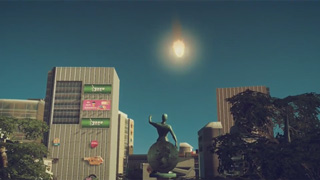 Natural disasters, scenarios, and more are coming to Cities: Skylines in a brand new expansion.

One of the things that was missing from the critically-acclaimed Cities: Skylines was natural disasters. Those of you that were fans of the classic SimCity games will remember that you could have either random or player-triggered natural disasters ranging from tornadoes to giant robots.

Today, Paradox announced that natural disasters are headed to Cities: Skylines in the aptly-named upcoming expansion Natural Disasters. The new natural disasters can appear at any time during the game, or can be manually triggered. All of your buildings and infrastructure can be destroyed, fire can spread throughout your city, and your citizens may die.

To deal with these issues, you’ll have some new tools in your city’s toolbox. You’ll be able to build early warning systems, deploy countermeasures, and plan responses and evacuations. You can also set up a new broadcast network to help propagate evacuation warnings and emergency alerts, or just sit back in peaceful times and listen to the new in-game stations.

Besides natural disasters, the new expansion will also add a new Scenario Mode. This will let you design your own custom games, setting objectives, starting cities, win conditions, time limits and more. Once you get the perfect scenario, you can share it to the Steam Workshop for the world to play.

There’s no release date for the Natural Disasters expansion, but the press release says that you’ll be able to play it “this winter.”