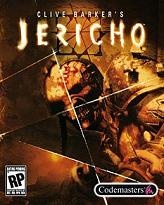 Famed horrormeister Clive Barker spoke yesterday about his new videogame Jericho, and the blurring of lines between the gaming industry and other forms of entertainment.

Speaking at the second annual Hollywood and Games Summit in Hollywood, Barker said Jericho was originally conceived as a novel, but that the concept fairly quickly changed into a game instead. “Maybe if games hadn’t existed, I would’ve said, ‘Make it a movie,'” Barker said. “But I much prefer the idea of having 20 hours to play this world, to enter this labyrinth.”

Barker also dismissed skeptics of videogames as a viable industry, saying, “We can’t be highhanded or condescending. This is a very important area right now, and not just because it’s making a lot of money.” Jericho is Barker’s second foray into the realm of game design; his first, Clive Barker’s Undying, was released in 2001 to critical acclaim and is still widely regarded as one of the finest horror-themed games ever produced. It sold very poorly, however, to the point where plans for a sequel, console ports and even a multiplayer patch were abandoned.

Clive Barker’s Jericho is a horror-FPS set in the fictional Khali Desert. A special forces squad trained in both conventional warfare and the arcane arts is sent to investigate the mysterious reappearance of a lost city, which brings with it an ancient evil that threatens to wipe out all of humanity. The game is being developed for the PC, Xbox 360 and PlayStation 3, and is scheduled for release in fall of 2007.