When translating a property – be it a book, comic, game, TV show or even older movie – into a brand-spanking-new movie, one inevitably runs into some essential asset of said property that proves especially difficult to translate into present-day live action and may require a more radical overhaul than some other assets. Sometimes this approach will work, other times it won’t.

The iconic look of Toho Studio’s legendary “King of The Monsters” may have been influenced slightly more by the need to fit an actor into an unwieldy rubber suit than by aesthetic concerns, but nevertheless it wound up as one of the most instantly-recognizable creatures in cinema history. So, naturally, when it came time to bring him into the digital age with Roland Emmerich and Dean Devlin’s megabudget American remake, the first step was to change every single thing that made him iconic in the first place.
Genius!

Exactly how/why creature designer Patrick Tatopoulos got from a lumbering, bottom-heavy, dark green fire-breathing behemoth to a speed-running, super skinny, gray-skinned lizard who does not breathe fire is a mystery to this day, though the filmmakers were initially so enamored of it they named the film’s main character (played by Matthew Broderick) after him in tribute. Toho, on the other hand, was significantly less impressed and responded by adding American Godzilla to their own continuity as an impostor named “Zilla,” who memorably met his end in “Godzilla: Final Wars.”

There are many, many, many more things wrong with Michael Bay’s three Transformers movies than poorly redesigned robots, but attention must be paid. Granted, the central gimmick – the robots collapse in and out of being shaped like cars for the purpose of disguise – is particularly difficult to figure out in live action, but the films opt to take the easiest possible way out of the problem. The cars/trucks/etc. don’t so much transform as shatter into a million tiny shards of reflective metal, then reconstitute as a set of oddly same-looking humanoid shapes. Which is good, because what Michael Bay’s aesthetic sensibilities were missing was one more shiny, chaotic element with too many moving parts.

Coming as he does from the earliest days of superhero fiction, Batman’s uniform is about as simple as they come. In fact, the only thing that sets his getup apart from the DC Universe Standard template (spandex jumpsuit in one color, cape/boots/gloves/briefs in a second color) are his pointy ears and the curved fringes of his cape – neither of which, it must be noted, look remotely like anything you will find on any part of an actual bat.

Yet, for some reason, while characters as preposterous looking as Thor, Hellboy and Ghost Rider (who has, lest we forget, a flaming skull for a head) have made it to screen relatively unscathed, Batman has the distinction of looking essentially terrible in every single live-action appearance ever. Whether it’s the sloppy costume-shop quality of the 60s TV series, the immobile stiff-necked gargoyle of the Tim Burton films or the myriad horrors of Batman & Robin, it’s a testament to the quality of the character that he remains enduringly popular despite always looking like a giant walking punchline. 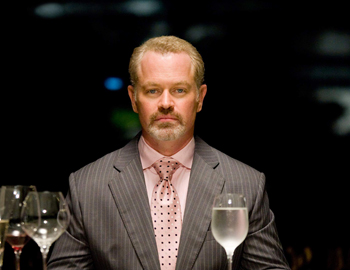 Speaking of testaments to quality, you can tell just how good the Christopher Nolan Batman movies are (so far, anyway) by looking at how easy it is to ignore gigantic flaws that would cripple a lesser film (Christian Bale’s hilariously terrible Bat-voice, Katie Holmes cast as someone other than Katie Holmes) while watching them. Another gigantic flaw for the list: The worst-looking Batman suit to date, bar none. Overdesigned to the point of absurdity (what, exactly, are all the buckles, straps and fabric- layers for when we can clearly see it’s basically just a Kevlar onesie?,) TDK’s bad fashion sense lands in the realm of unintended self-parody when Bale’s Bruce Wayne specifically requests a suit that lets him move his head … and gets one that visibly prevents him from moving any body part but his head.

It’s easy to hate Street Fighter: The Legend of Chun-Li, which throws Capcom’s colorful cast of fighters into drab casual wear, casts a supporting member of the Black Eyed Peas as Vega and boils its title character’s “detective work” down to discerning that her enemy’s female assistant is gay, luring her into a ladies bathroom for a tryst and then beating her up instead … and then you get a look at their conception of Bison.

Ethnically indeterminate (I’d always assumed he was supposed to be Thai, but that’s apparently not the case) muscleman costumed like your classic banana republic military dictator? Nope! Try a middle-aged Irish gangster with a pale blonde beard in a gray business suit. Please keep in mind – this is a Street Fighter movie that actually features more of the games’ supernatural/hyper real bent than the earlier one (Chun-Li’s training primarily involves learning to throw a Kikoken).

Galactus is one of the all-time iconic figures of the Marvel comic book universe; a towering armored space god capable of devouring planets. Even in the limited medium of Silver Age 60s books, he was imposing – the uniquely designed outfit, the gargantuan stature, the one-of-a-kind helmet. But when he appeared in the execrable Fantastic Four: Rise of The Silver Surfer, it was decided that a giant humanoid space god was a little too silly to try and realize onscreen. You will please take note that the film’s title character is a naked silver-skinned man who travels on a flying surfboard.

Re-imagining Galactus has been tried before – “Ultimate” Galactus, for example, is a sentient swarm of robots collective known as “Gah-Lak-Tus.” But fans weren’t given any indication as to what the movie’s version would look like until he turned up at the very end of the film …
as weather.

Movie Galactus is a giant storm cloud. The multimillion dollar movie (a franchise-killing bomb that lost a small fortune for Fox) climaxes with its five assembled heroes in an epic struggle against a wind machine and a cheap-looking CGI hurricane.

Super Mario Bros.: The Movie set the initial low point by which all videogame movies were judged until Uwe Boll came along, and remains a gold standard of awful to this day. It’s not merely a bad adaptation but a perfectly preserved example of the bafflingly widespread “junkyard future” look of every other 1990s sci fi movie. I suspect that otherwise-celebrated actress Fiona Shaw (Mrs. Dursley in the Harry Potter movies) delivered her infamously overwrought performance in the finale of The Black Dahlia so that this would no longer be the most embarrassing thing on her resume.

Nearly every design choice it makes is a bad one (the sole element of the games to arrive unscathed is a lone Bob-Omb scuttling through the third act) but Bowser (here called “King Koopa”) – the most iconic villain in videogame history – gets it by far the worst. Even though the film’s sci fi hook of an alternate Earth where humanoids evolved from dinosaurs rather than primates would seem tailor-made to justify a character who looks like a massive bipedal Ankylosaur, the film instead settles for Dennis Hopper in hair-gelled cornrows.