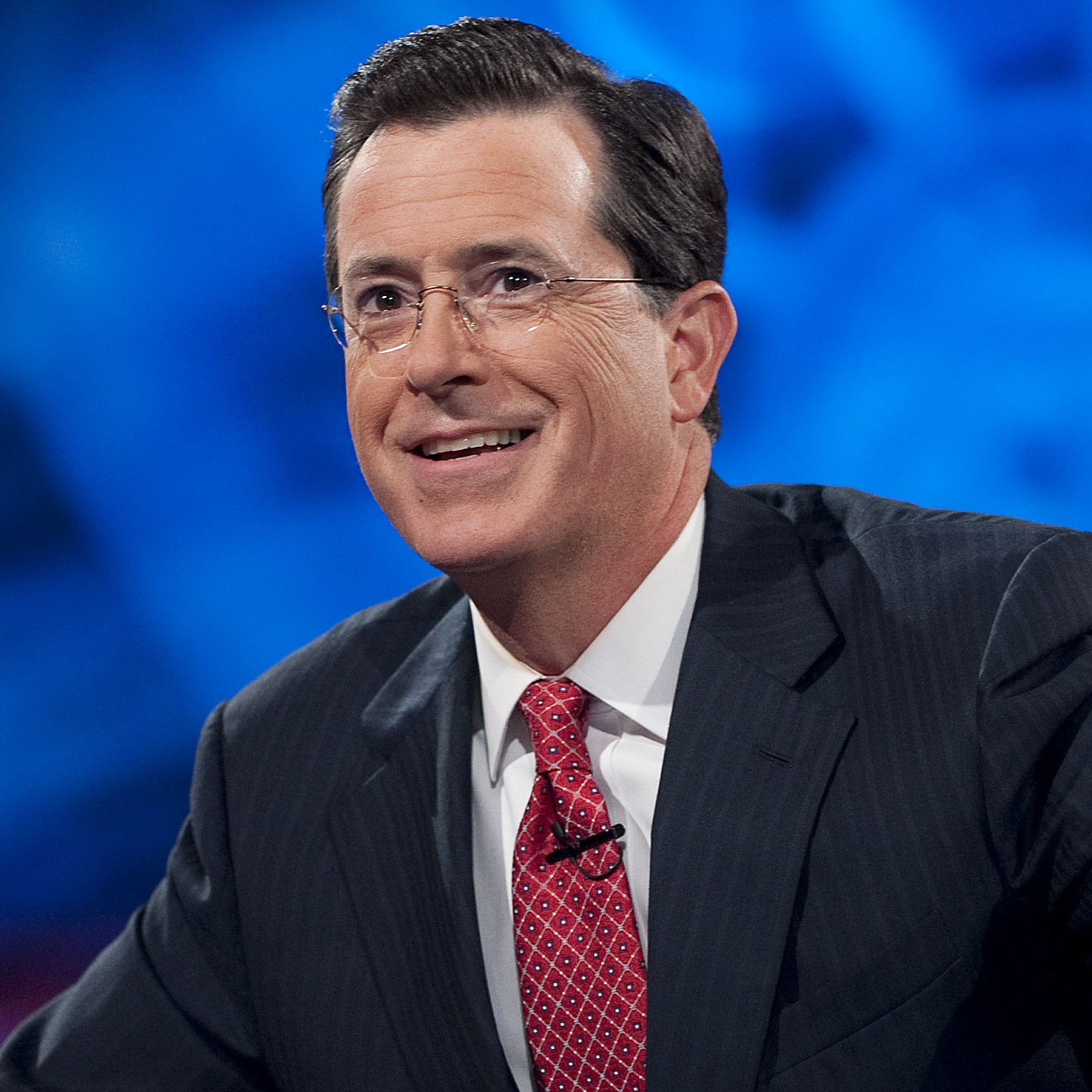 When Stephen Colbert ends The Colbert Report sometime later this year in order to take over as the new host of David Letterman’s The Late Show on CBS, it will necessitate the first major change in Comedy Central’s late night original programming lineup in almost a decade. As a double-act, Colbert and his lead-in of the Jon Stewart hosted Daily Show have defined a generation of political comedy and an emerging post-Nielsen generation of TV powerbroking whereby ratings (Stewart and Colbert are routinely outgunned by competitors like Adult Swim) are often viewed as secondary to next-day news coverage and social-media impact, where they dominate.

Unlike Daily, which didn’t really find it’s groove until Stewart took over for original host Craig Kilborn and reoriented it to a news/politics focus, The Report is bound up almost entirely in Colbert’s Fox News caricature alter-ego. While there’s been no official announcement as to the fate of the show and/or its timeslot, it’s almost a foregone conclusion that an entirely new show will have to take its place, as opposed to simply changing out hosts.

With that in mind, here’s a few ruminations on who and what might, conceivably, make a suitable replacement – operating from the (likely) premise that Comedy Central would seek a similar show to preserve the Colbert/Daily audience and prevent a bleed to other hour long 11:30pm shows – which could be disastrous for the ratings of other shows like Chris Hardwick’s @Midnight. 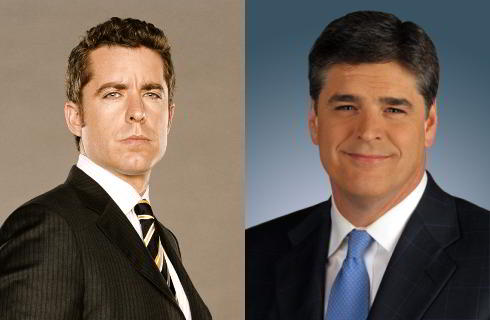 Meet the new boss, same as the old boss

Finding someone else to “play” The Report’s version of Stephen would be a ridiculous proposition… but that doesn’t mean the punchline can’t be retrofitted to a different version of the joke.

There’s some truth in the common oversimplification that “all” Colbert Report did was poke fun at American political-conservatives, but his target was more specific than that: The Report aesthetic aped the right-wing Fox News cable network, while Colbert himself played a vicious parody of Bill O’Reilly whose O’Reilly Factor was Fox’s most iconic show in the early-00’s when Colbert first kicked off his series. But a decade is a long time in TV, and while O’Reilly is still popular, the most prominent face of Fox today (Glenn Beck managed to burn bright and flame out right in the middle of Colbert’s run) is Sean Hannity. If someone wanted to create a successor show to The Report moving to Hannity as the prime target of satire would be a logical first step.

Hannity is a different character from O’Reilly, reflecting their network’s change in approach from feigning neutrality by accusing everyone else of “bias” (“We Report, You Decide!”) to a loud-and-proud network wide embrace of Culture War berzerkerhood. Whereas O’Reilly (and Colbert’s send-up of him) was defined by his unique mix of bullheaded self-righteousness and finicky personal hang-ups, Hannity is basically a human-cudgel. He is the TV host version of the fraternity bro whose “political awareness” was nonexistent until his daddy got him a job and he found out what income taxes were. He is a schoolyard bully in a tacky suit with a pronounced loathing for even O’Reilly’s version of “intellectualism” who exists to shoulder-check whichever political or pop culture targets his corporate/party bosses point him at.

It’s a spectacle that’s every bit as ripe for parody as “Papa Bear” was, but would require a real comic talent: Colbert found (and understood) the wounded, insecure humanity that fuels a personality like O’Reilly’s, but Hannity appears far less complicated – he just seems to simply be mean, and that’s harder to penetrate for comedy. One possibility? I could see longtime Daily Show contributor Jason Jones pulling off a terrific faux-Hannity in the vein of the insensitive-blowhard routine he occasionally employs to prod unaware interview subjects. The question would be whether Jones, who currently works part-time for Daily in order to devote time to other comedy projects and to his young (and growing) family with wife and fellow-contributor Samantha Bee, would want the added workload of a nightly show? 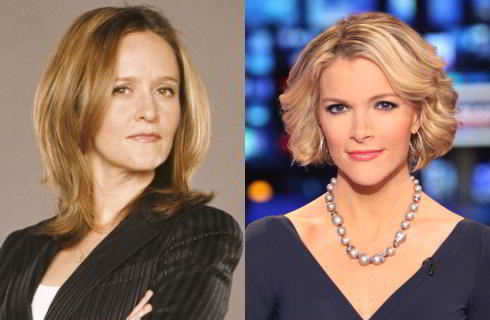 Check out the new boss, same as the old boss

Hannity isn’t Fox News’ only Obama-era superstar. Another (in)famous fixture of the network is its affinity for what have derisively been nicknamed “News Bunnies,” i.e. a small army of young female newsreaders who seem cast according to an alarmingly narrow aesthetic: Skinny, blonde, impeccably made-up and frequently clothed/photographed so as to accentuate physique over whatever they might have to say. Sometimes it’s hard to tell what’s skeevier – the way Fox exploits the sexuality of female anchors or the way others in the media seem to use it as another way of laughing off the idea of female anchors in general.

Thing is, whether or not Roger Ailes etc were actually looking for actual news-anchor talent in the Fox Blondes, they found it in Megyn Kelly, who has now been elevated to a prominent prime-time anchor position on the network. Sure, they put her behind a special transparent-glass news desk for the benefit of photographing her famous legs… but baby steps, guys – this is Fox.

You can probably see where this is going: Daily Show and Colbert Report both cater increasingly to a rising Millennial-generation audience that doesn’t just support diversity but actively demands it. Late Night TV’s status as a perennial Old Boy’s Club is notorious, and a female-fronted Colbert successor built on moving the Fox-spoof crosshairs from O’Reilly to Kelly would be pretty damn notable. The obvious ideal host? Daily’s Samantha Bee, one of the show’s all-time MVPs. Small snag? Like husband Jason Jones, Bee already divides her Daily commitment with her own projects and family; so it’s unclear that either of the want the workload. 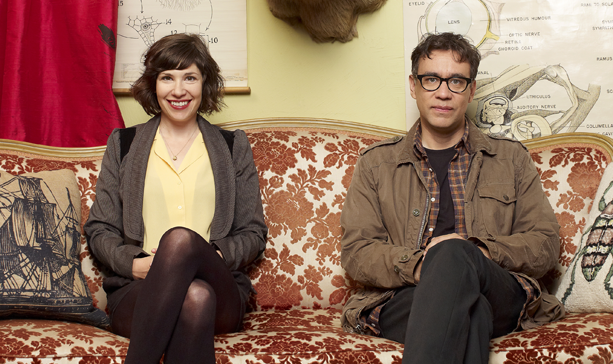 Meet the new boss, opposite of the old boss

A more radical proposal? The Colbert Report spent nine years turning American conservative media into a joke. Maybe it’s time the other team took some lumps? Part of what made Fox News so parody-worthy when Colbert first got The Report going was that the notion of an entire (openly) partisan news network was still pretty novel in the U.S., where true “objectivity” is still considered a journalistic ideal (however unattainable.) But times change, and Fox now has a proudly left-of-center competitor in MSNBC – and if you don’t think liberal news anchors can’t make Hannity-level fools of themselves, you’ve clearly never seen what MSNBC’s Ed Schultz do his shtick for a minute or two.

“Colbert from the other side” would be a headline-grabber, for sure… but there’s no telling whether or not it’d be a ratings winner. U.S. politics tends to divide by age as much as by ideology, i.e. a key component of the “Go to hell Fox!” sentiment that animates so much of Daily Show’s largely college-age audience is tangentially “Go to hell DAD!!!!!! sentiment. Does that same audience want to see its own ideological eccentricities poked at?

There’s also the issue of focus – Fox and the broader “right-wing” media bubble are easier to write jokes for because there’s a broad consistency to the interests and issues it represents: Older, Whiter, heterosexual, nominally-religious, tradition-oriented, you get the idea. The American “left,” on the other hand? Well, the nice word is “diversity,” but it’s often more like a giant mess of competing interests united only by being marginalized by the monolithic “old/traditional America” that makes up the Fox side of the coin. In other words, it’s possible “liberalism” comes in too many flavors to forge a broadly-representative target for parody like Colbert’s TV-self was. Hell, IFC’s Portlandia managed to build an entire show out of only mocking community-minded liberal do-gooders in Oregon. By contrast a strawman joke written for a Hannity-expy would work fine with minimal edits coming out of an O’Reilly or Megyn Kelly expy because… well, they all pretty much stand for the same exact stuff.

That’s all theoretical, though. The real knock against a pitch like this is that it’s been tried and failed resoundingly multiple times. Fox itself rolled out 24 creator Joel Surnow’s 1/2 Hour News Hour, heavily promoted as a Daily Show alternative for conservatives, only to see it bomb spectacularly with what one would presume could be the most receptive audience possible. Audiences similarly rejected Mike Judge’s The Goode Family, which aimed to affectionately parody a family of daft, well-meaning progressives the same way King of The Hill ribbed a family of all-American Texans. David Zucker’s An American Carol, a satire of political filmmaker Michael Moore, was one of the bigger box office duds in its year of release. Fox News’ continued success proves that there’s a pretty big audience for smack talking at liberals… but for some reason no one has been able to harness it for comedy yet. 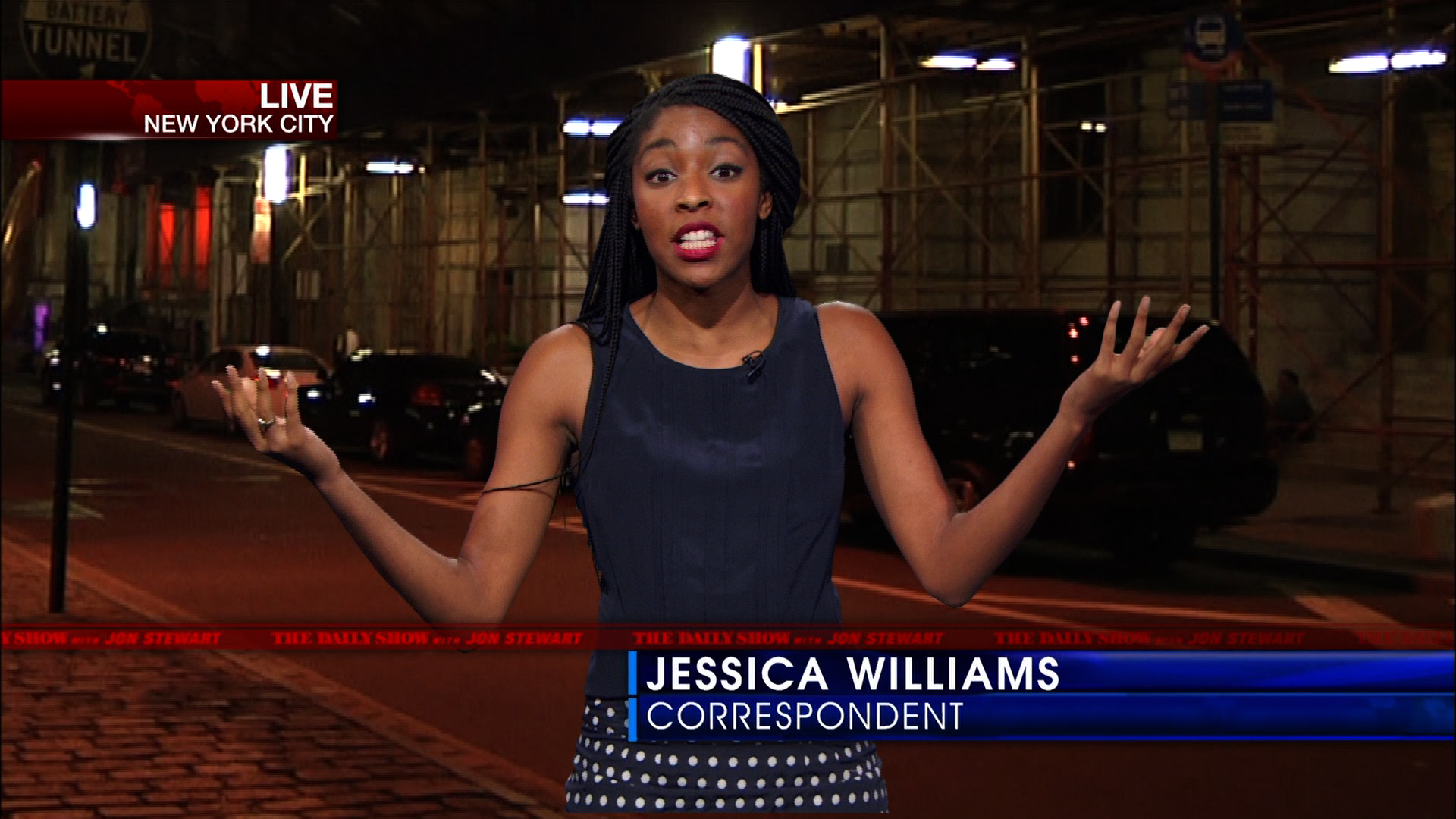 The Daily Show has been, to put it mildly, a star factory. Colbert, Steve Carrell, John Oliver, Rob Riggle, Mo Rocca… it’s an impressive roster. But few have made as immediate and eye-catching an impact as correspondent Jessica Williams. A razor-sharp wit with a screen persona that can leap back and forth from serious to silly to deadpan rhetorical gut-punch on a dime and genuine presence you just can’t teach.

Finding another version of Colbert’s Fox parody would be the safer option for Comedy Central – you don’t want to rock the boat when shifting lineups around. But giving Williams the helm of a kind of “2.0” version of Daily – perhaps one with a more specifically Millennial attitude-bent than Stewart (who at this point has gone from relating to his audience as contemporaries to being cable’s most popular “cool professor”) could be a winner as well. More pressingly: Williams is a star, and if they don’t want to find a place for her to shine a smart competitor might do it instead.

Or, y’know, they could just makes The Daily Show a half-hour longer. That could work, too.

Prodigy Preview – The Best of Both Worlds