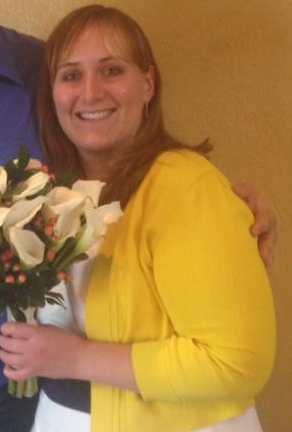 It takes a special something to keep a cool head when debating with people on the internet. It doesn’t matter who you are – the situation will come up where something is said that angers you, and you will feel the urge to yell or curse at the individual who said it. Just look at Facebook or YouTube comments if you want some examples.

Lilani is someone who has become relatively well-known on The Escapist’s forums for doing just this. She is someone whom you can debate and walk away feeling like you learned something. While her opinions can sometimes enrage others, they’re presented in detail and without insulting others, a skill from which many people could learn a thing or two. The Religion and Politics section is where Escapist users go to debate, and while it was a section once thought to harbor some nasty conversations, users like Lilani have helped rejuvenate it and turned it into a friendlier place.

But it wasn’t always this way. Lilani doesn’t have a clean record, something she addresses later on, and if one wanted to, her on-forums story could be framed as one of redemption, or at least of learning – perhaps even as a testament to moderation, or just of empathy. How one shows themselves on the forum doesn’t always correlate to how they actual feel; it’s all about presentation, and taking a step back before clicking “post.”

Lilani was nominated by several Escapist users for these reasons. You wanted to know more about her, so here we go.

How long have you been a member of The Escapist, and what about the site brought you here?

I became a member of the Escapist forums in 2009 which was just as I was graduating high school, but I’d been a longtime lurker before then brought to the site by Zero Punctuation. I stayed around because I became addicted to the community. I also enjoyed Extra Credits and MovieBob while they were here, but after a while my attachment to the community and forums became separate from my attachment to the content the site produces. I still enjoy the content, but I don’t think there’s any contributor that could come or go which would make me abandon the community at this point.

We really don’t know a whole lot about you. Apart from The Escapist and video games, what are some of your hobbies?

I enjoy animating, not a lot of 3D stuff at this point but I’m working on that. I took a graphic design class in high school so a lot of my stuff has to do with logos or typography. I’ve kind of become the go-to person for my family and friends when they need a logo or business card, lol.

What do you do for a living?

I work in the video department of a sporting goods retail chain here in the US. I do motion graphics and some special effects for them. I was really lucky to get the job straight out of college, but I don’t have the complete skill set they desire so it’s sort of a temporary thing if they find the ideal person before I can develop the skills they want. But I’ve been there over a year now, so even if they tell me tomorrow I’ve got to be gone in four weeks I’ve gotten a lot out of it.

You were nominated for the Community Spotlight at least in part because of your ability to maintain your cool during discussions and disagreements on the forums. Given how difficult that seems for some people, how do you maintain such a cool and calm demeanor?

I’m not sure how I feel answering this question, because in many ways I feel like I don’t maintain my cool. I get a bit spiteful and snippy at times, or at least I feel I do, which I really don’t like to see come out in me. It has taken a few warnings and probations for me to learn exactly where the line is between attacking an opinion and attacking a person. To be perfectly honest, this is still something I struggle with to this day.

What tips would you give for those who might not be able to do the same?

If I feel I’m getting too personally invested in an argument, I try to step back and remember that’s a person too. A few times I’ve tried to back out of an intense conversation with levity, making a friendly joke or adding some emoticons to show I’m not completely serious. This has lead to me making a few strong friends here who, in spite of our disagreements, still greatly respect one another.

That doesn’t mean you can always make friends with everybody you disagree with on the Internet, but I think in general the best way to approach someone you disagree with is with curiosity and a desire to understand, rather than hostility and a desire to change. Nobody responds well to someone trying to change them, but many will respond to a different point of view being put before them for them to explore in their own way.

Where do you see yourself in five years’ time? Do you have any goals that need fulfilling?

The goal that’s been weighing the most on my mind is building my animation skill set so I can get a more secure job. 3D animation is becoming more and more ubiquitous and expected, but I’m lazy and have a habit of avoiding responsibility when I’m scared about the future, so it’s a struggle against my nature as much as it’s a struggle to learn something new. I hope in 5 years I have better begun this journey, and have either taken the full position at my current job, or found another which they aren’t looking for another person.

I also hope to be married to my boyfriend of two years. It’s something we’ve mutually decided to wait on until he’s at least finished his bachelors degree, which he’ll have done next spring, but then he’s going onto grad school to eventually get a doctorate. So that will also greatly affect where I am, both professionally and personally, especially if he has to move some distance to go to school.

Do you have a favorite game/movie/band/painting/etc. that you’d like more people to be aware of?

I don’t really play many games which are too obscure, but I don’t hear a lot of people talking about Thomas Was Alone. I think Extra Credits once listed it as one of those “Games Everybody Should Try” or whatever, but it’s a really interesting take on a platformer both as far as story and gameplay.

Enter the Haggis is a great celtic rock band everybody should be aware of, especially if you like Floggy Molly or the Dropkick Murphys. Also Loreena McKennitt for more traditional celtic music, and a pianist named Ludovico Einaudi if you’re looking for some beautiful piano instrumentals for relaxation or background music for work.

And I have one movie I think everybody in the world should see–Persepolis. It’s an animated film based on graphic novels written by a woman who grew up in Iran during the Iranian Revolution. It’s a very personal story from her perspective, filled with both hyperbole and stark truth. But it still feels very human and isn’t the kind of story you see being told about someone from Iran. My favorite scene is when she illustrates her struggle to get ahold of western media when she was in gradeschool, passing shady people on the street who have their wares hidden under dark coats like they’re selling crack, only it’s music albums, comic books, and t-shirts. I think she ends up buying an Iron Maiden t-shirt and album.

Do you have any pets? What are they and what are their names? (And if you don’t, do you want any? Which ones?)

Sadly I have no pets. I would love a cat, and would have gotten one or two or five ages ago if my boyfriend weren’t allergic. I’m not much of a dog person, to me they smell and are kind of dumb and are way too high-maintenance, but if I started living with my boyfriend I think I could handle getting one. I think I could go for a German shepherd, a corgi, or an Alaskan Eskimo. The sheps his family owns are smart and well-behaved, corgis are cute enough that I could deal with their silliness, and I hear Eskimos groom themselves and don’t have that dog smell.