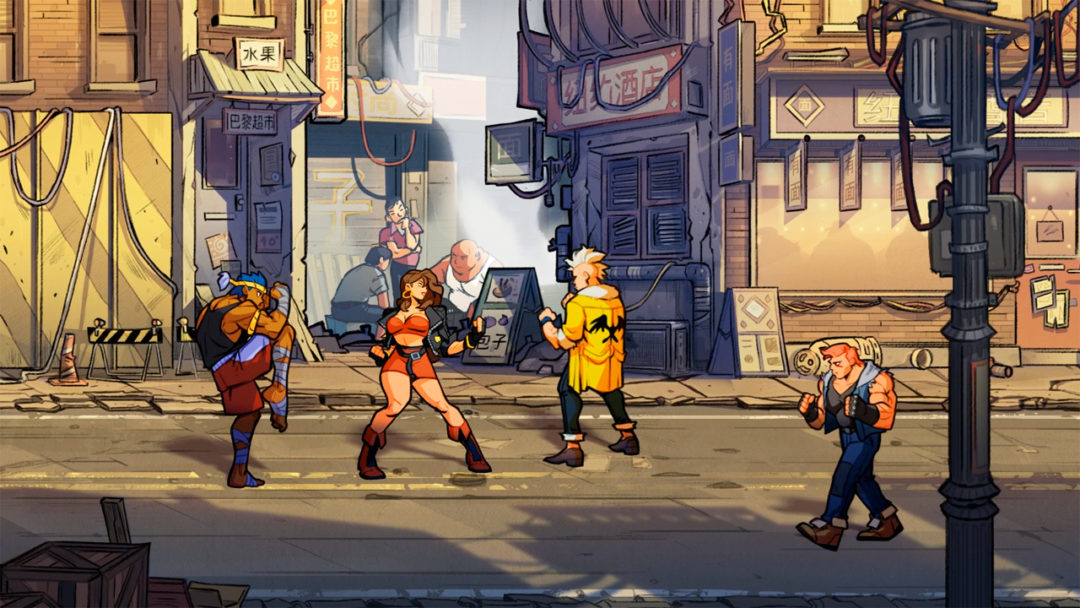 The soundtrack to Streets of Rage 4 will be provided by original series composers Yuzo Koshiro and (starting with Streets of Rage 2) Motohiro Kawashima, along with a host of celebrated Japanese composers.

Paris-based publisher Dotemu released a video on its official YouTube channel today entitled “Behind The Tracks,” which features an interview with the legendary composers. The two of them briefly wax nostalgic about the series’ struggles in its native Japan compared to its greater international success, and they debate what their approach will be to scoring the new game. They seem uncertain as to whether they’ll update the game’s sound for a more modern audience or stick with the original series’s ’80s and ’90s club music influences. They also debate making the new game’s soundtrack using the traditional chiptune instrumentation the classic games used, but they don’t necessarily commit to the idea.

Further revealed in the video is the stacked lineup of guest composers who will contribute music to the game. Yoko Shimomura, of Street Fighter II and Kingdom Hearts fame; Keiji Yamagishi of Ninja Gaiden; and Hideki Naganuma, who composed Jet Set Radio and for Jet Set Radio Future, will all play a role in composing the soundtrack to Streets of Rage 4. The game’s press kit is still displaying two unrevealed musician credits, so it’s possible that even more contributors will be revealed eventually.

Streets of Rage 4 is being developed by Paris-based Lizardcube and Montreal-based Guard Crush Games. It does not yet have a revealed platform list or release date.