At this point, I’m two full days into The Convention, which also happens to be the point where the effects of extended stay start to show on folks. There’s a weird sort of delirium that sets in, particularly when these things are held in hotels – which already have that surreal artificial hominess vibe that’s given us so many memorable ghost stories.

The thing is, people tend to look at hotel stays as a kind of vacation/bare essentials sort of project, but in my experience that’s the worst possible way to approach it. You will almost always need more food, clothing, grooming products, etc. than you think you will, because most of us are not the George Clooney character from Up In The Air (that was such a good movie, though) and thus aren’t able/willing to survive purely on the provided rations of such things.

Anyway, back to our adventure …

Sunday’s schedule was my first real breathing room day – one appearance scheduled around noon, one more at night, otherwise wide open. Good days to catch up on other people’s appearances/panels and just hang out in general. But first things first, I had a panel to do!

This wound up being one of the better-attended panels I was at – unsurprising, since the New 52 relaunch and the public disaster of the preemptively-canceled TV show has made Wonder Woman relevant in a way she hasn’t been in some time. Appropriately, it’s a diverse panel – Ed Fuqua (author, librarian, Renn Faire performer), Woodrow Hill (dancer, political activist, researcher), Donna Martinez (cartoonist and moderator of the discussion), Mercy E. Van Vlack (professional comics artist/writer/inker) and me – a guy who did a Wonder Woman show that one time.

Wonder Woman fans are some of the most resilient folks in comics fandom, having suffered through more stalled projects, questionable adaptations and bad creative teams than almost any other character, so I feel kind of bad that almost every piece of info my expertise can bring to the discussion is the type that produces frustration and anguish. A good deal of the room, for example, was unaware that Warner Bros. had vetoed a Joss Whedon scripted WWII-era Wonder Woman movie – but the broader discussion was a great deal of fun. The level of enthusiasm alone puts to lie the constant assertion that the character isn’t relevant any more.

Nine hour break between panels means time to … well, go watch other panels, mostly. Also get some work done back at the room (you think this stuff writes itself?) and make a trek into the city for dinner, punctuated by the late realization that big-city Boston schedules itself like a quaint coastal village and totally shuts down on Sunday nights. After that, the sacred sci fi convention tradition of watching crummy old movie trailers ironically (“Ha! Red Planet! I remember hating that!”) and suddenly it’s 10pm and I’ve got another panel.

A big late-evening panel is, I’m told, often an odd affair – the audience is possibly sleepy and/or punchy and the panelists might be in a similar state. After a shaky start (the moderator was delayed) any semblance of structure this one might have had gives way to a back and forth with the audience about superhero films in general, some lamentations about Green Lantern (honestly, I don’t think there was a movie/comics-related panel I saw where mourning the GL movie didn’t figure prominently) and once again I wind up as Captain Buzzkill – bringing down the room by answering rhetorical questions about this or that character’s movie prospects with explanations about movie studio corporate structure (did you know that Warner Bros. technically ranks DC Comics as part of its Marketing/Research department?) or contract law. Ah, well. 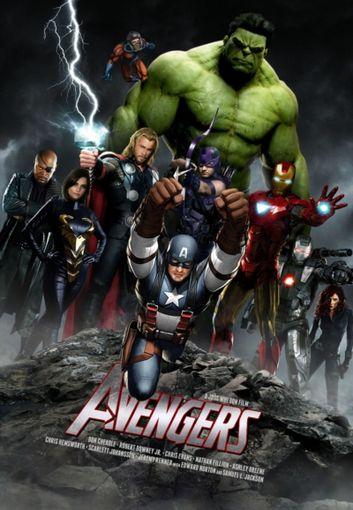 Amazingly, the panel is nearly over before someone realizes we haven’t even mentioned The Avengers yet (though the lead up films obviously drove the discussion). This seems perplexing at first, and then it dawns on the room: The Avengers is a continuity-driven superhero crossover written and directed by Joss Whedon, and this is a sci fi/fantasy convention – no one here is worried that The Avengers will be anything less than awesome.

The last day of a con is almost always morose and weird, especially if it’s a workday. A lot of the diehards have already gone home, the Cosplayers are gone from the lobby, and the creeping sense that reality awaits hangs over everything. And I’ve got to start my day moderating.

This one I was a little worried about. More than any other, Star Wars fandom in 2012 is defined by bitterness: hating the prequels, hating the special editions, hating Lucas … it’s all so tiresome and inescapable. Fortunately, the room seems to share my desire to stay positive, so the focus remains mostly on nostalgia and looking on the bright side. If nothing else, I remain surprised that the Clone Wars cartoon seems to have become the still good standard bearer for the franchise, even among a lot of older fans.

My schedule today was three panels, one right after the other, all in the same room. Good thing it was good stuff like this. MST3K discussions invariably wind up as a quote-athon, but I’m surprised at how many people turned up (including some Escapist fans!) who hadn’t yet gotten into the show yet and were looking for a starting point. One of the questioners aims to stir the pot by asking the Joel vs. Mike question, but the prevailing good mood isn’t having it (the panel unanimously settles on the different styles, different hosts middle path).

The Alien As Metaphor

Final panel is a serious one, again moderated by my colleague Dan Kimmel. This is the thoughtful stuff – aliens in movies/books/etc. standing in for ideas or groups, and whether or not new paradigms for this sort of thing are emerging. District 9 figures prominently as a modern example, though I’ll note that the current reboot culture has taken its toll on the ease of discussion. Every mention of mainstays like The Day The Earth Stood Still or War of The Worlds has to be prefaced with “Which one?” Still, it’s good to see intellectual topics pull an audience in a convention scene that’s increasingly about trivia and fan-to-fan marketing (not that there’s anything wrong with that).

With my panel work done and the con winding down, it’s time to head home and collapse from exhaustion … and with this column winding down, it’s probably time to hunt for a kitschy summation metaphor. Or, I could just say what I think – that for all the weirdness associated with them, and for all the talk that ubiquity of web-forums have made them less relevant, I’m glad that the sci fi con tradition still exists. So much of fandom (hell, so much of modern life) is about being apart from the rest, it’s more important than ever to be around lots of people with shared interests. The day geek culture decides it’s done with the con scene is a day geek culture gets a lot poorer.