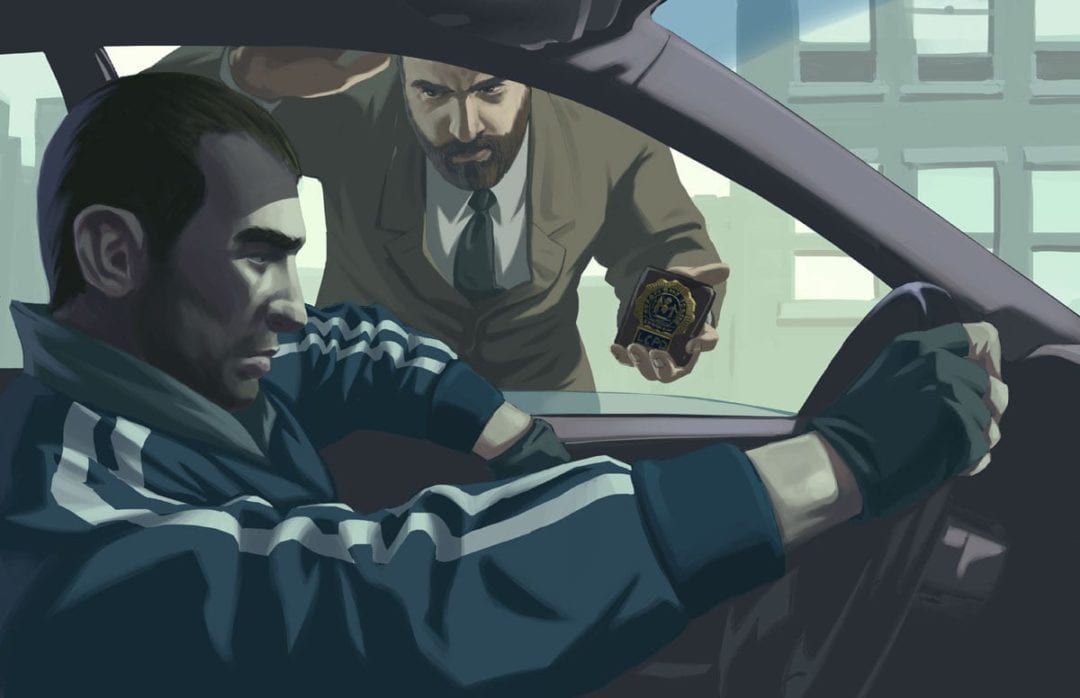 “Ben” continues to work for the videogame giant GameStop. The following is part two of his account.

(Missed part one? Read it here.)

Getting “Used” to My New Position

Let’s take a moment for a brief digression here.

What exactly are people doing with these missing game manuals? What happens to them? Where do they go? Why is it so fucking hard for people to hang onto them? Like elephants, is there some kind of mysterious game manual graveyard, a place that none of us knows about, where they all go to die? And is the game manual graveyard the same place where the missing dryer socks go?

And on the rare occasion that a used game actually did still have a manual – glory be – the booklet almost always would appear to have been gummed by an rabid pack of toothless St. Bernard’s for several hours before being fed into an underpowered wood chipper. Translation: the manual was in terrible shape. Game boxes were in rotten shape, too. Boxes were almost always cracked or crushed or discolored from being left in the sun. Another digression: WHO THE FUCK LEAVES THEIR FUCKING GAMES IN THE FUCKING SUN?

Answer: apparently, a lot of people do.

Finally, let’s discuss the game discs themselves. These magical, silvery, shiny, delicate objects that contain so much precious data? Millions of lines of code that hundreds of people labored to write, all in the name of creating magical fantasy worlds for you to explore and escape into and get high scores and save the princess in? More often than not, these objects, which are so very precious to me personally, had scratches on them that were as wide and majestic as the Hudson River itself.

Universal truth: People do not take care of their games. At all. Ever.

Which I do not fucking understand.

I eventually deduced why so many of the used games in our store were in especially rotten shape. If the Uptown GameStop had an overstock of, say, Grand Theft Auto IV, they would be asked to send X number of copies of GTA IV to the new store (our store).

What typically happens in this situation is this: If the Uptown Store is asked to ship five used copies of GTA IV to our store, they will, without fail, send us the five copies in their store that are in the absolute worst possible condition: no manuals, boxes that looked like they had spent several years being eroded by the surf at Coney Island, discs that Freddy Krueger had used to write correspondence on.

Would we would get pissed off about the quality of the games they were sending to us? Absolutely. Picture me shaking my fist in the direction of the Uptown Store. But when you think about it, can you blame them really? When it came time for me to send used games to other stores, do you think that I hand picked only the finest, mint condition games that my store had to offer? Not a chance. Instead, I’d put together a collection of games that were in such terrible shape that, on the great continuum, these “games” were not really even games anymore, but borderline trash. I’d pack them up, give the FedEx box a big kiss, and send them on their merry way.

One of the few genuinely useful things I learned during my time at GameStop is that almost any scratched game, no matter how bad it seems to be damaged, can usually be resurrected. Even game discs in the shittiest shape can almost always be resurfaced and repaired to working condition.

Here’s the highly-scientific test we used to determine whether or not a disc is repairable.

Step 1: Hold the disc up to the light.

Step 2: If light is coming through anywhere on the disc’s surface, the data in that spot is literally gone forever. That meant the disc is dead.

Step 3: Inform the customer that their disc is trash.

But if the disc was scratched to hell but still opaque? That meant that we could salvage it using our disc-refurbishing service. So, if a guy brought me a still-opaque copy of Dino Crisis, I would still give him store credit for the game. But I would also have to “charge” him a couple extra bucks against whatever credit I was offering him for disc refurbishing – a.k.a., in store jargon, a “refurb fee.”

If a disc needed “refurbing,” it would get separated out and sent to GameStop’s repair center for resurfacing. The same thing happens if a customer buys a used game, takes it home, discovers that it doesn’t work, and returns it as defective. In both cases, the games get stacked with the other to-be-refurbed games to be sent to GameStop.

A few days later, after the GameStop repair center worked its alchemy on them – I never knew what the repair center physically looked like, but I always imagined dark rooms and pale goblins and magic spells – the discs would return with their surfaces miraculously intact again.

One of my favorite aspects of working the counter: I loved it when people tried to trade in games valued at less than $2 that required refurbishing. That meant that, after subtracting the refurb fee, I got to tell them their game was actually worth – you guessed it – negative credit.

Whenever this would happen, people would always look at me with these really confused looks on their faces, as if I’d just struck them over the head with an over-sized cartoon hammer. This is when I gave them what I liked to call “The Explanation”: “OK, look: your copy of Dino Crisis is worth a dollar,” I would say. “But because it’s damaged – what the heck did you do to this thing anyway? – I have to send the disc out for refurbishing, which costs two dollars. So, that means, you would wind up owing me a dollar.”

In this moment, I would make a big show of putting their scratched-up disc back inside the usually sun-bleached, manual-less game box. I’d hand the box back to them and say, “You’re better off just putting this in the garbage.”

What was I really saying here was this: “TAKE BETTER FUCKING CARE OF YOUR GAMES NEXT TIME, JACKASS.”

I lived for these moments.

Would I judge customers based on how well or how poorly they had taken care of their games? Answer: If you’re going to come into my store and pull a dozen scratched up game discs out of your back pocket, without cases or manuals or anything, and you drop them on my counter – this actually happens more often than you think – then yes, absolutely, I am going to judge the living shit out of you. As far as I’m concerned, if you’re not going to take care of your games properly, then you deserve a far worse fate than merely having me tell you that your games are worthless.

Other trade-in customers simply could not grasp the concept of supply and demand. They’d come into the store with a two-year-old copy of Madden a month before the new version is about to come out and drop it on the counter like they were here to do me a huge favor.

I’d look at the computer, then inform them that their game was worth $2.50. More often than not, they would go ape-shit. “But I paid $60 for this!” they’d say. Then they’d almost always add: “COME ON.”

I’d open our used game drawer and pull out no less than 20 copies of the version of Madden that this person was attempting to trade in. “And we’ve probably got at least 30 more copies of this in the back,” I’d say.

They’d usually get the point. Some people would act like I’d insulted a child of theirs. They’d snatch their worthless copy of Madden NFL ’04 off the counter and exit the store in a huff.

Funny how games have matured as a medium, yet most of the people who play them have not.

The more reasonable, more adult customers would stand there and accept their fate – i.e. their $2.50 credit – in silence.

Personally, I think that GameStop is a terrible place to get value for your games. Though one thing it does having going for it – or rather, it did when I worked there – is that you can always trade in any game for any current-gen platform, regardless of whether we had one copy or a hundred copies in stock at that time, and get at least a buck for it. (Assuming, of course, that it wasn’t a refurb situation.) Worst case scenario: Sure, you might only get $1 for your mint-condition copy of FIFA: Street, but that’s more than anyone else in their right mind would ever give you for it.

Chasm / This is the Police 2