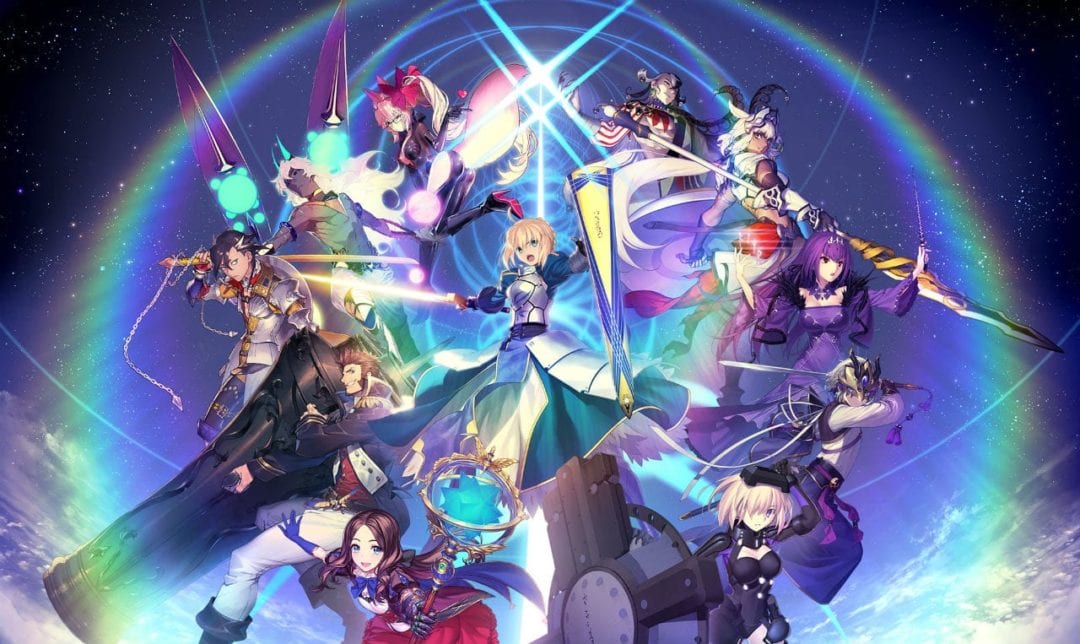 In most freemium games, the vast majority of players don’t spend a dime on microtransactions. After all, it defeats the purpose of a “free-to-play” game, right? Most F2P games are reliant on a very small subset of players with cash to burn and a willingness to spend: the whales. Like most gamers, I thought the idea of spending hundreds of dollars on some shitty mobile game was ludicrous; something only sad weirdos who live in their parents’ basement do.

Then I became one of the whales.

Between April and May of 2018, I spent over $1,000 on loot boxes in Fate/Grand Order, a gacha game based on the Fate/Stay Night franchise. Gacha games are Japanese mobile RPGs that follow the same principle as capsule toy machines: you put in money to get one of a wide variety of characters and collectibles.  I was sad, I lived in my parents’ basement, and I was unemployed. It

was, without caveat, the worst money I’d ever spent. But I wasn’t tricked or misled. I knew I was making bad decisions and rationalized them with bad logic. What I didn’t anticipate was that I began to enjoy the act of rolling itself. The mounting anticipation and crushing disappointment pushing me to roll again and again became satisfying in and of themselves. I realized I might as well have been sitting in front of a slot machine, and that scared me.

The first thing you need to understand is that rolling the gacha is a very different beast from loot boxes in Western games. While the general concept is the same, the drop rates for the rarest characters, or Super Specially Rares (SSRs), are brutally low. In Fate/Grand Order, your chance of getting one is literally one percent, and the odds of getting a specific SSR is 0.7 percent at best. Add a dash of artificial scarcity by making certain characters only available for a couple weeks, and you have a recipe that could drive almost anyone headlong into a gambling addiction.

I was aware of these odds when I started playing the game, but I figured if I budgeted the drip feed of premium currency effectively, I could at least get a couple of characters I liked. Even after reading the horror stories of would-be whales, I didn’t think I would fall into the same trap. But by month five of job hunting I was pretty desperate for any source of gratification. I was frustrated, scared, and felt completely out of control of my own life. I needed a win, and for some reason I thought Fate/Grand Order would give it to me.

This was before I really understood two key logical fallacies that often afflict gamblers. Sunk Cost Fallacy is when you continue with a losing plan or investment because you don’t want the resources you already spent to be a waste. It’s basically not knowing when to cut your losses. Gambler’s Fallacy is the mistaken belief that if coin flips land the same way several times in a row, the next flip is more likely to land the other way. That’s mathematically false. Prior results don’t magically change fixed odds. Each coin flip is independent of the ones that came before.

Both these fallacies played a pivotal role the first time I whaled. Originally I only intended to roll for the Count of Monte Cristo once or twice. By the time I burned through half my Saint Quartz, I was getting a little concerned. I couldn’t stop there, though, otherwise the previous losses would have been for nothing. Besides, I was certain I only needed a couple more rolls. I was so certain of it, I was shocked when he didn’t show up in my last roll. Shocked and humiliated. It felt like cosmic affirmation of all the shitty things I’d been thinking about myself. Except, unlike with job-hunting, I could still exert some measure of control over my destiny. I just had to pay for the privilege.

When I first put in my Google Play password, I thought I was going to get hit by lightning. I’d always been careful with money, yet here I was ready to blow it for a minuscule chance to get a sprite in a mobile game. I couldn’t shake the certainty that I just needed a few more rolls.

When the money went through without the sky falling on me, I was emboldened. I knew I was being an idiot, but there’s something freeing about making bad decisions. It was exciting and terrifying, and the more I did it, the easier it got. As reckless as it was, that sense of power and abandon was far better than the constant dread I’d lived with for months. I ended up spending $182.52 before I finally lost my nerve. I figured if if the Count hadn’t come home by then, he wasn’t going to.

That didn’t stop me from whaling again when the much-anticipated Jeanne D’Arc (Alter) banner — banners are special events introducing new SSRs — came down a couple weeks later. I was still entranced by the Gambler’s Fallacy, and believed I was due for a change of fortune. I spent $353.40 without success, only giving up when I rolled a different SSR.

A couple weeks after that came the Fate/Zero banner, the one I’d originally been saving for. I ended up spending $480.08 to get the characters I wanted. It had cost me over a thousand dollars total, but I’d finally “gotten lucky.” After the five minutes of euphoria wore off, it all just felt like a joke. With that money, I could have paid first month’s rent, or bought a plane ticket. Instead, I got an SSR. Lucky me.

The hollowness I felt was compounded when I tallied up my credit card statements. I knew I needed to stop, and it helped that I’d started a new job.

I still play Fate/Grand Order almost daily, improving my Servants and stockpiling my free Quartz for upcoming banners. As vicious as the gacha is, I still love the game’s off-kilter sense of humor, and the way each one of its dozens of Servants transcend their archetypes. From Marie Antoinette’s blissful naivety to Astolfo’s ditzy brand of earnestness, there’s an essential humanity to even the most outlandish characters. You start to feel close to them, and that bond only deepens because of the sheer time investment of grinding level-up materials. Because of their scarcity, getting a Servant you really want feels like a special event … at least until you taint the experience with overspending.

It’s certainly not a mistake I want to make again, but the next time I spend all my Quartz without getting the Servant I desperately want,  I just don’t know what I’ll do if I hear that voice in my head telling me I only need a couple more rolls.

Why is Cyborg in Every Team?