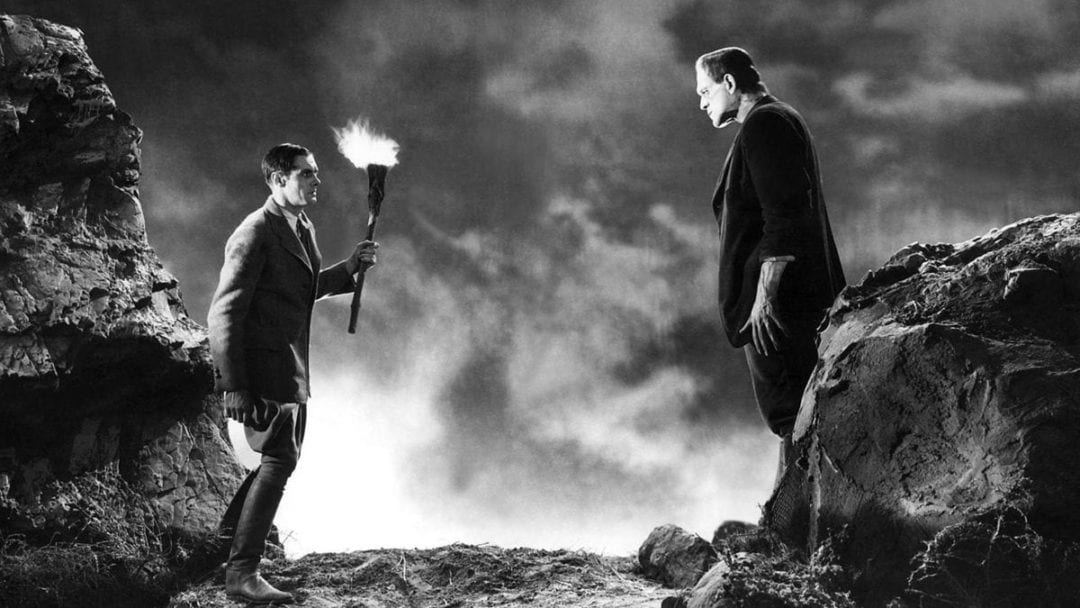 In celebration of Halloween, I have decided to share three spooky legal stories that are sure to keep you up at night. Read on if you dare, but be warned — once read, these stories cannot be unread.

Frankenstein and the Tale of the Undead Copyright

Copyrights in the United States last for a limited period of time. Or do they? In 1818, Mary Shelley wrote Frankenstein, the famous story of a scientist and his unholy creation. At that time, copyrights only lasted 28 years, with an option to extend the copyright for an additional 28 years.That means, by all accounts, Frankenstein entered the public domain over 125 years ago when for all intents and purposes the copyright died.

Fast-forward to 1931, when Universal Pictures took Frankenstein and his monster from the public domain to the silver screen. This is the Frankenstein you picture when you hear the word “Frankenstein” — the big scary green monster with stiff limbs, neck bolts, and active Tesla coils, the hunch-backed Igor, and the maniacal scream of “It’s ALIVE!” The 1931 film was the first in a franchise, and a series of sequels followed, each of which tattooed the green-monster-with-neck-bolt version of Frankenstein in the mind of the public.

Fortunately for Universal Pictures, derivative works and distinctive characters are copyrightable in their own right. This means that it owns the exclusive copyright to the character everyone now associates with the 19th century story.

Just like Victor himself (in the movie version, of course), Universal took what was once dead, and brought it back to life. But as any fan of the novel will tell you (if you can find such a mythical person), the monster of Universal’s creation is nothing like the original from whence it came.

To learn more about the resurrection of Frankenstein’s monster copyright, check out this article.  And watch your back. You never know when an undead copyright will strike you with a cease-and-desist letter.

Almost everyone loves Michael Jackson. While it may be difficult to identify his most impressive achievement, a top contender has to be his mega-famous song “Thriller” its legendary Vincent Price-narrated video, and the accompanying zombie dance

Since its release in 1982, “Thriller” has only increased in popularity and become nearly synonymous with Halloween. At this time of year, a simple Google search reveals countless flash mobs, workshops, and other events all dedicated to performing, teaching, and watching the dance. “Thriller” has even spawned “Thrill the World,” an annual simul-dance event featuring thousands of Thriller-zombies dancing at the same time.

There’s just one problem. All of the “Thriller” events — the flash mobs, the prison dances, the presidential

displays — constitute copyright infringement on a massive scale. Both the song and the dance are protected by federal copyrights. That means that before performing the dance in public, one must obtain the permission of the copyright holder. But when it comes to Michael Jackson, that is not an easy feat.

Michael Jackson’s estate is notorious for enforcing its copyrights. This makes it something of a miracle that the estate has not cracked down on the many Thrillseekers. While Thanksgiving isn’t until November, we should all be thankful that we can dance to our heart’s content without paying any royalty fees.

Unfortunately, hit video game Plants vs. Zombies didn’t get off so easily. In 2010, the Michael Jackson estate sent the game’s producers a cease-and-desist letter demanding that they change the appearance of a dancing zombie that bore a striking resemblance to the King of Pop.

If You Violate a Copyright, a Giant Pink Scorpion Will Murder You

Depending on who you ask, Internet piracy is either the best thing in the world, or the scourge of mankind’s existence. Federal copyright laws impose steep penalties on internet pirates and copyright infringers. In one case, a woman was ordered to pay $220,000 for uploading 24 songs onto Kazaa. But hold on to your monocles, because this next horror story makes charging $220,000 seem as harsh as a cool breeze on a sunny day.

The game includes an internal test to see if it has been pirated. If the results are positive, the game spawns an invincible, wicked-fast pink scorpion that kills the user and impedes progress in the game. Infringers beware! Pirate this game and suffer death.

While Nintendo has yet to comment, I’m still crossing my fingers that the invincible pink scorpion will make an appearance in Super Smash Bros. Ultimate.

Copyright: The Scariest Monster of All

When people think about the scary parts of Halloween, they think of ghouls and ghosts, of monsters and mayhem. But lurking behind all of those creatures is something even scarier — a copyright. The stories told here reveal the true nature of the Copyright Monster. It is a creature that cannot die, that has the power to squash the dreams and aspirations of millions, and that, when provoked, is faster, stronger, and angrier than you could ever imagine. Fueled by ruthless lawyers, the Copyright Monster will find you, serve you, and make you rue the day you incurred its wrath. Coming soon to a haunted house near you. Happy Halloween!

I Hate Everything That Isn’t Red Dead Redemption 2