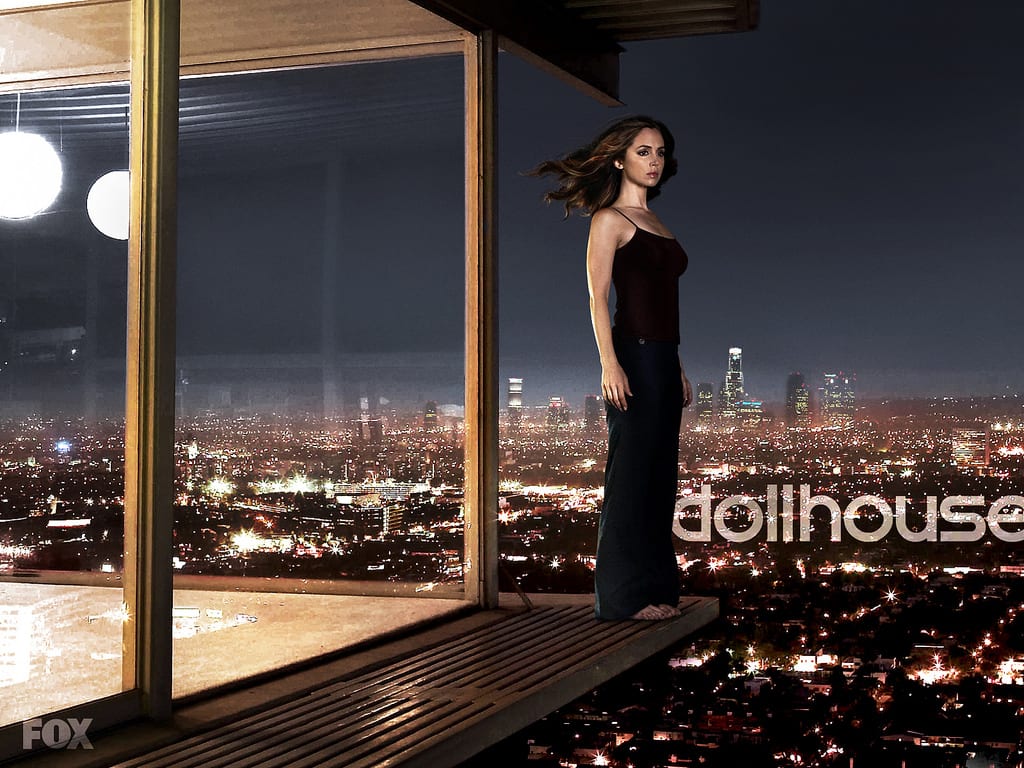 Joss Whedon’s Dollhouse is a science-fiction masterpiece based on a simple, yet mind-bending premise: What if you could wipe your memory and personality and replace them with a memory or personality built to your (or someone else’s specifications). In the world of Dollhouse, you can “live” forever by transferring a personality profile from body to body. You can also create custom people by specifying a personality profile and finding a person to “host” that profile. To that end, you can create the perfect romantic partner, teacher, spy, or even all of the above at the same time.

This week, I’m going to focus on some interesting legal/philosophical conundrums posed by the Dollhouse technology. Suppose a doll commits a crime. Who should be punished? While your gut reaction may be to punish the doll, that could prove difficult or impossible. What happens if the doll’s personality profile was removed or overwritten? Would it be unfair to punish the host for acts committed by a different personality?

There are two sets of facts that bear heavily on how courts would address this issue. The first set of facts relates to the circumstances surrounding the creation of the doll:

The second set of facts relates to the doll’s status during the trial and at sentencing:

Because this column is inspired by the premise of Dollhouse, I am going to assume that the personality in control of the host body at the time of trial is stable. While later episodes of the show demonstrate that repeated personality imprints can cause doll personalities to mix with host personalities, the show characterizes that instability as a flaw in the underlying technology. Accordingly, I consider some future version of the technology that has obtained complete stability.

Because I assume that the post-crime personality is stable, we only need to consider the nature of the host’s involvement with the personality wipe, and which personality profile is in the body at the time of trial. We can start with the low hanging fruit. If the doll’s current personality committed the crime, and is in stable control of the body at the time of trial, the doll could be punished just like any other criminal defendant. Because the doll took the criminal actions, the doll would be liable for those actions. And because the doll’s presence in the host body is stable, punishing the doll would not raise any fairness concerns. For all intents and purposes the host personality would no longer exist.

But what if the host personality is in control of the body? In that scenario, the host’s liability would depend on the extent to which they were involved with the personality wipe and transfer. If the procedure was involuntary, then the defendant could plead not guilty by reason of temporary insanity. In mounting this defense, the defendant could argue that they were not in control of their actions at the time of the crime. Moreover, because the host personality is stable, there is no risk that the criminal personality will resurface, and thus no reason to punish, or even incarcerate, the defendant. While the temporary insanity defense is controversial, it seems quite justified in the face of these facts, and is consistent with a basic sense of fairness.

Of course, criminal responsibility isn’t always all-or-nothing, and there is quite a bit of ground between involuntary transfer and intimate involvement. For example, if a host programmed a Dollhouse machine to install a personality profile at random and ends up getting the personality profile of an unstable serial killer, a court could find that the host personality was reckless. If the serial killer doll then went on a killing spree, the host personality could be convicted of involuntary manslaughter, or even third-degree murder.  Similarly, if a host agrees to let others use his body without any oversight or constraints (as the Dollhouse characters did), the host might be held responsible in the same way that a drug user can be held responsible for actions taken while intoxicated.