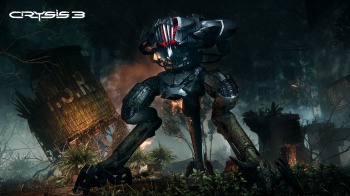 Ex-Crytek producer Mike Read wishes he could have “done more” with Crysis 3.

Okay. So despite it remaining extremely tight-lipped on the matter, something is definitely going on over at Crytek. According to his LinkedIn page, Crysis 3 and Ryse: Son of Rome lead producer Mike Read is no longer currently working at the company. His official Twitter profile also states that he is a “former” producer for Crytek.

The news comes in the same month where one lead Crytek programmer has jumped shipped to id Software, and the lead Homefront: The Revolution designer has resigned from his post. There are also unconfirmed reports that Crytek staffers are not being properly paid – reports which seem more and more legitimate given the exodus of senior talent.

Mike Read has been with Crytek since April 2012 and was the producer of both Crysis 3 and the Xbox One Exclusive: Ryse: Son of Rome.

Gigantic Insect Found in China Will Give You Nightmares

Legend of Korra Review: Definitely Not the Last Airbenders