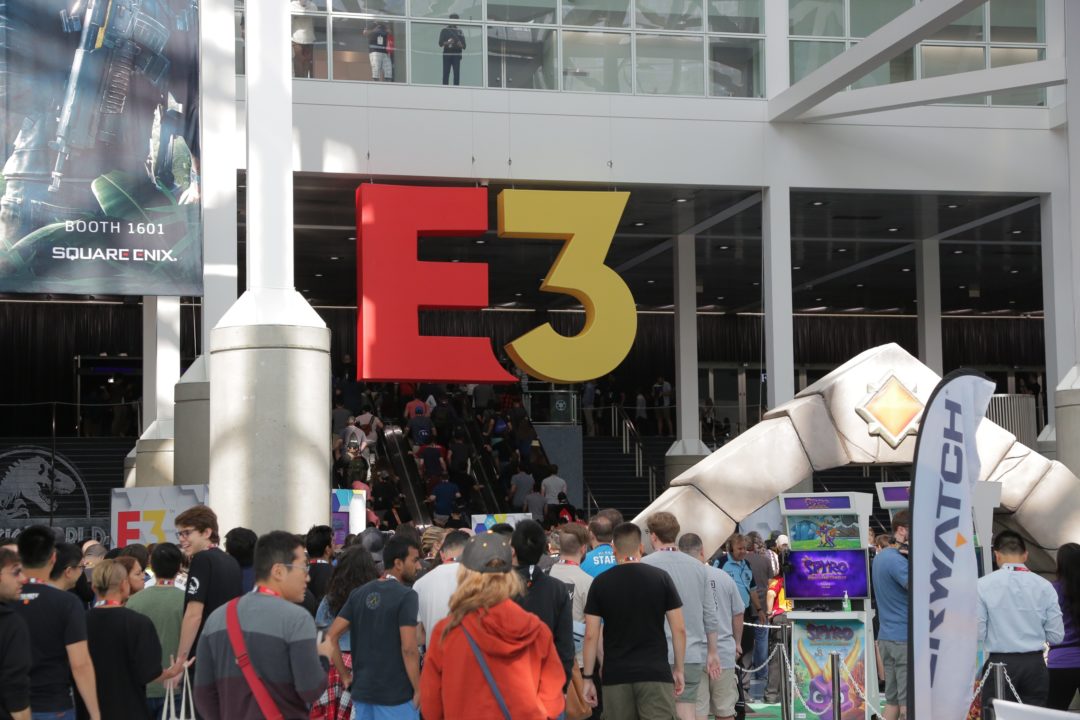 E3 is the season of unrealistic hype. Every summer, the video game industry’s heavy hitters travel to Los Angeles for the Electronic Entertainment Expo and unveil their upcoming slate of video game releases to an overly enthusiastic gaming populace who’ll applaud almost anything except Ridge Racer. Audiences at home and the show alike lap it up even though the demos shown during E3 are often unrepresentative of the final product. At best, the visuals in the finished games are slightly downgraded like in Ubisoft’s Watch Dogs. At worst, the gameplay being shown is a pre-scripted fabrication like what Gearbox Software did with Aliens: Colonial Marines.

As a result, it’s easy to feel cynical about E3. I’ve been burned by E3 presentations proclaiming a game to be the greatest invention since sliced bread only to wind up with Assassin’s Creed Unity or Fallout 76. Publishers often outright lie to their customers like EA and Bioware did with Anthem, glossing over its lack of engaging gameplay with a flashy demonstration meant to distract audiences from realizing it’s yet another subpar shooter. CEOs and video game spokesmen give performances that could give Hollywood a run and then rake in cash based on lies and broken dreams.

And I love it. Despite the shameful business practices and manipulation, E3 is the time of year I anticipate the most. While many titles wind up being busts, games like Marvel’s Spider-Man and the God of War reboot pick up the slack. The good cancels out the bad; E3 really can bring out the industry’s best and worst qualities, and that’s worth getting excited about.

My borderline heretical optimism surrounding E3 started when I was working at Dollar General between college semesters and wishing I was anywhere else. In particular I wanted to be home watching and consuming E3 coverage. Despite actively stocking shelves and sweeping floors for a paltry wage, my brain was on autopilot during my eight-hour shift while I wistfully dreamed of watching teaser trailers and gameplay debuts for the next Halo or Uncharted.

I was counting down the minutes until I could drive home and absorb all the E3 shenanigans while working the register as the last few customers began to form a discombobulated line before the store closed. Then everything went to shit. While I was focused on bagging a customer’s discounted Bible and wondering if there were any updates on Grand Theft Auto V, the disorganized line dispersed in a panicked frenzy. A woman screamed and a man fell backward into a stand of Johnny Cash’s greatest hits. I glanced at the exit to investigate the cause of the commotion and found myself staring down the barrel of a gun. I froze in shock.

“Give me the money in the register and the safe,” said the gunman who was sporting a ski mask, gloves, and jet black clothes. “Money, now!”

I would love to tell you that I snatched the gun out his hand like James Bond or Sam Fisher, but $8.75 an hour isn’t worth a bullet in the head. I grabbed the money in the register while my manager collected the cash from the safe. We dumped the money into a big trash bag that the robber was courteously holding for us. He then thief bolted out the door. I almost said, “Thank you for shopping Dollar General! Please come again!” out of habit.

The aftermath was sobering. The customers and employees were all shaken, and I was stunned to numbness. We had to hang around the crime scene for an extra hour in order to talk to the police. I acted casual and joked about how I was missing E3. I was trying to be normal even though my mental state was barely holding together. My handwritten eyewitness account was illegible because I couldn’t stop my hands from shaking. I sobbed during my 25-minute drive home.

It was nearly midnight when I finally arrived at my house. Sitting on an old sinking couch, my eyes were still leaking tears and my body continued to tremble. I sat there scared shitless and catatonic for hours until I realized that I needed to do something to stop myself from reliving a near death experience over and over again.

I binged all the E3 information that my mind could soak up, diving into press conferences by Microsoft and Sony and devouring playthroughs of gameplay demos of the next LittleBigPlanet and BioShock Infinite. I was getting excited for games even though I knew the presentations are often facetious sales pitches packed with white lies and half truths.

I didn’t care. Enjoying the E3 coverage let my mind enter a safe place away from my shed tears and nervous sweat filled palms, a safe space where every game is the greatest ever made. After being held at gunpoint, I couldn’t be too irritated about E3’s less appealing elements. That’s what the rest of the year is for. E3 is a joyous week, a precious escape from reality. It’s a reminder to live in the moment while it lasts. There will be time for cynicism later.

Spotify Gets Almost Every Final Fantasy Soundtrack, Including the Series’ Secret Best Score