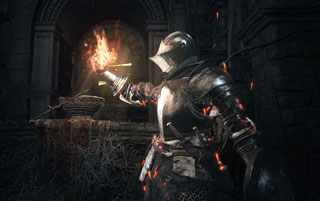 As if Dark Souls games aren’t hard enough, producer Atsuo Yoshimura would like to bring one to virtual reality.

The Dark Souls series is legitimately one of the hardest games to come along in quite some time. If you’ve ever wondered what a Souls game might be like in VR, you’re not alone. It turns out that Dark Souls 3 producer Atsuo Yoshimura would like to make exactly that game.

In an interview during a livestream prior to the November 18 Golden Joystick Awards, Yoshimura was asked, “Are we going to see Dark Souls in VR?” to which he responded, “Yes.” Of course, that direct answer was followed by a bit of clarification. Yoshimura said that the entire dev team was “hoping” to produce a VR Souls game.

Obviously, this is far from an official statement on the issue, but it is encouraging for fans of VR and the Souls series. It would be interesting to see how such a game would play out, and how popular it would be. Of course, it could also turn out to be a glorified tech demo, like Batman: Arkham VR. Time will tell, but I’d be willing to bet that there will be some Souls fans hoping that it comes to fruition.

Save Big on Courses and VPNs for Cyber Monday

New Overwatch Reaper Statue Will Set You Back $150