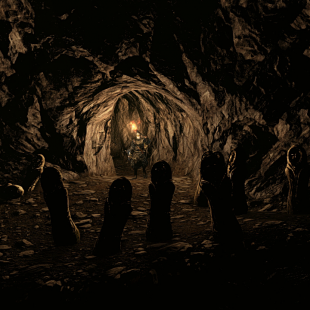 As of the moment, it’s looking like Dark Souls II is destined to be a game grounded in the last console generation. Just yesterday, we learned that From Software revealed that the studio hasn’t even “put any thought” into versions for the PS4 and Xbox One. When you really get down to it, there’s not anything wrong with that, of course. Aged as they may be the PS3 and Xbox 360 (and PC, of course) are still fine machines with large player bases that will likely enjoy the new game quite thoroughly.

That said, it’s still hard not to hope that From Software and Namco will eventually decide to bring Dark Souls II to next-gen machines. Just look at the recently released “Cursed” trailer, for instance. As good as that looks already, imagine how much spiffier it could be with the extra power of the Xbox One and PS4.

If that isn’t enough, just check out this newly released gallery of screenshots. Do these already look grim, gritty and atmospheric? Yes. Even so, that extra bit of processing power could be all it takes to transform Dark Souls II from a game that looks great to a genuine jaw-dropper. We’ll be looking forward to Dark Souls II regardless of where it lands, of course. That said, we’re putting it out there that we, and many other RPG fans, would likely make it worth Namco and From Software’s while to invest in spruced up editions for the PS4 and Xbox One.