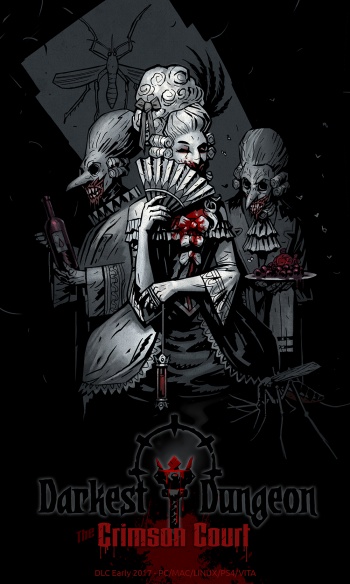 Indie horror dungeon crawler Darkest Dungeon is slated to receive its very first DLC in “early 2017”, according to the developer. The Crimson Court was teased in a blog post on the game’s official website, alongside the picture you can see to the right and a single quote: “The Blood! I must have the Blood!”

Other than that… we have nothing. Judging from the picture and the quote we can assume that it’s going to concern some kind of vampire-type creatures in some way, but we don’t really know exactly what new content will be added, and how much it will cost.

If you’re interested in picking up the game, it’s currently on sale for North American PS+ members for PS4 and PS Vita. It’s also available on PC, Mac and Linux via Steam.

Heroes of The Storm Gets New Game Mode – Hero Brawl