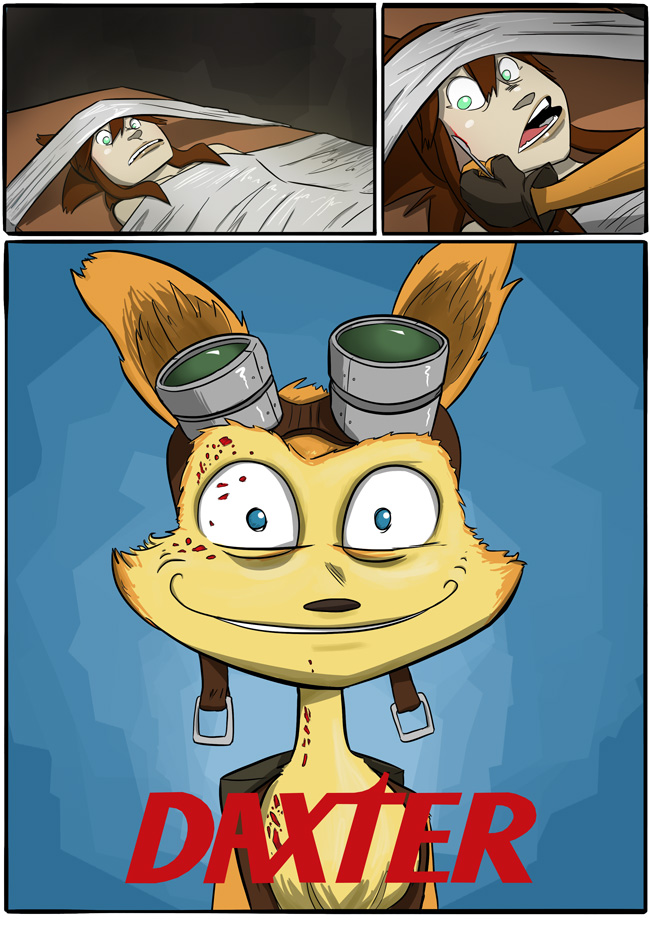 Dexter never really recovered from its awful third season. After Darkly Dreaming Dexter the books quickly dissolved into trite, supernatural nonsense – though apparently some seriously heavy retconning got books four and five back on track – and the writers of the TV show were forced to wing it. The end result is that the series went from ‘slightly silly’ to ‘farce.’ In season 5, there’s an episode where titular anti-hero Dexter has to clean up a botched murder and chase down a naked gay rapist wrapped in cellophane amidst a police raid. It was essentially a Benny Hill sketch without the music.

Now to offset all that negativity, and make today’s strip seem even vaguely timely, Jak and Daxter: HD. Yay.