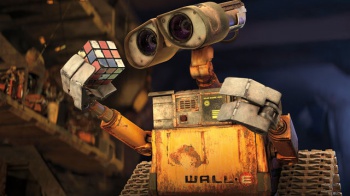 This humanitarian version of Robot Wars involves a $2 million grand prize and the chance to help disaster victims in need.

Although it’s common practice for geeks of all stripes to howl the word “Skynet” at any kind of robotic technology which possesses functions more complex than those of your average can-opener, there exist in our lives many mechanical friends deserving of much better treatment. First and foremost among these particular bots are mechanized First Responders, a group of machines built to assist distressed humans in especially dangerous places, such as nuclear disaster zones or buildings damaged by earthquakes.

We all agree that the world could use more of these things, right? Would you like $2 million in exchange for creating some? If your answer to that is yes, get this: the U.S. Department of Defense Advanced Research Projects Agency (DARPA) has just announced a build-a-rescue-robot competition with a grand prize of $2 million.

The competition will begin in October 2012 and is aimed at “hardware, software, modeling and gaming developers” with a desire to “link with emergency response and science communities to design robots capable of supervised autonomous response to simulated disaster.” DARPA is keen, it seems, to see what advances can be made by combining the knowledge and creativity of robotics experts with that of developers from fields outside of robotics.

The hero-bots involved will be asked to “compete in challenges involving staged disaster-response scenarios in which robots will have to successfully navigate a series of physical tasks corresponding to anticipated, real-world disaster-response requirements.” The one which saves the most pretend disaster-babies, presumably, will win.

“The work of the global robotics community brought us to this point – robots do save lives, do increase efficiencies and do lead us to consider new capabilities,” said DARPA project managed Gill Pratt. “This challenge is going to test supervised autonomy in perception and decision-making, mounted and dismounted mobility, dexterity, strength and endurance in an environment designed for human use but degraded due to a disaster,” she continued.

“The key to successfully completing this challenge requires adaptable robots with the ability to use available human tools, from hand tools to vehicles,” added Pratt.

More information on the competition and DARPA’s upcoming virtual Proposers’ Day Workshop (scheduled for April 16) is available here. Rescue-robots have become an integral feature of first response disaster rescue in recent years, ferreting their way into dangerous and hard-to-reach places to identify sources of harm and people in need. The more, the merrier. Oh, and, y’know, $2 million for the one which does it best. Good luck roboteers!